Waiting to get paid

It’s been a quiet week. I’m starting to get into a weekday routine: Wake up -> Bus -> Tube -> Work -> Tube -> Bus -> Dinner -> Bed. The only excitement was two chess matches I played last night against Miles and Jason. I haven’t played chess in a long time, so I was a bit worried. But I creamed Miles the first game and managed to fluke out a win in the second game against Jason; he had me on the run the whole game and then made a dumb mistake.

The highlight of the week was reading Harry Potter and the Half-Blood Prince. I just finished it this morning. An excellent book indeed. I’m looking forward to the last one and the next movie. Unfortunately, I don’t have another book lined up; I’ll have to find something quick or else I’ll be bored out of my mind on my trips to/from work.

I bought tickets to see Richard II (starring Kevin Spacey!) next weekend. So far it’s just me and Ariel going, but Dave from work might tag along too. The under-25 tickets only cost £12 each and they’re in the 2nd row. I can’t wait. Ariel’s grandfather went last week and said it was amazing. It has Kevin Spacey! It has to be good.

I just checked my bank account balance and I found out I’m officially broke. I don’t think I have over-draft protection, but my account says -$87. Hmmm.. wonder how that works. It was the UW Housing deposit that just cleared that put me under. Although I have a $600 visa bill coming due soon, which would have killed me anyway. I had the lovely experience of making that call home: “Dad…I’m broke, could you transfer some cash into my account…just until I get paid. Thanks. Bye”. I guess I shouldn’t have plowed all the Microsoft money into mutual funds. Oh well, I get paid on Tuesday. 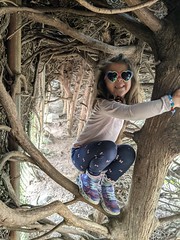 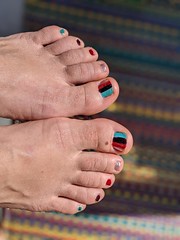 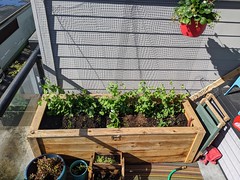 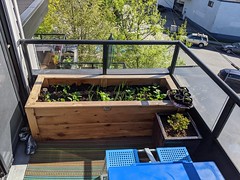 Beautiful day for a Mother's Day bike ride. It's a real joy in #Vancouver that you can safely ride from East Vancouver to #StanleyPark on separated bike lanes.
Exploring some off-the-beaten path places in Vancouver.
A blood sugar reset. Mmmm.
My mom got a key blood transfusion when she was sick. My chance to give back for someone else. #canadaslifeline
Celebrating 9 years of marriage with @em.beam (and 4.5 years of parenthood).
#cancelculture backfire.