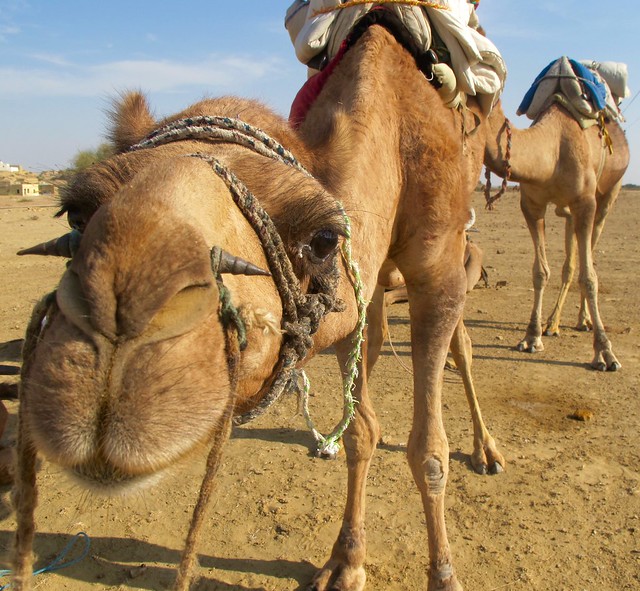 The two days we spent trekking through the Thar Desert on camel-back and the night we spent sleeping under the stars might be the highlight of our trip to India. 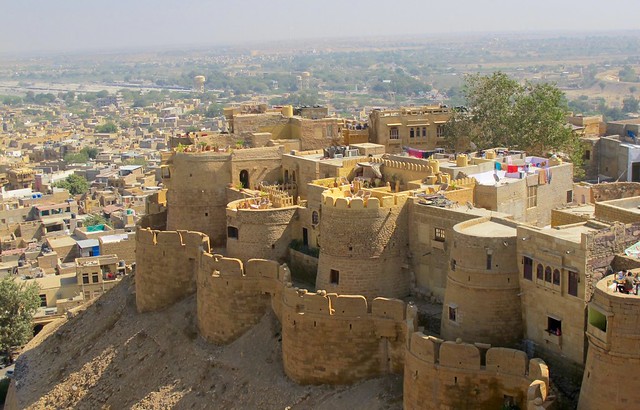 The launching point for our camel safari was Jaisalmer, the last stop on the train from Jaipur, at the edge of the Thar Desert and close to the border of Pakistan. It’s a dry, dusty town, with an imposing fort towering in the middle, and a great place for wandering. The fort is full of shops and temples, and the town has elaborately carved, yellow sandstone buildings (including some spectacular havelis) crowding its twisting, narrow streets. 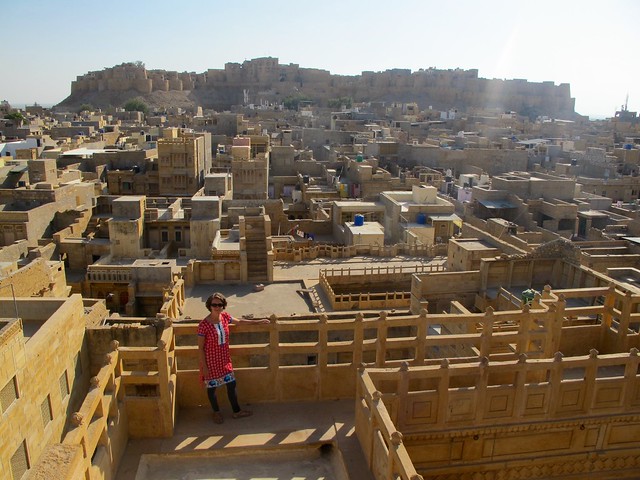 After the aggressive sales tactics and tourist traps of Jaipur, Jaisalmer was surprisingly relaxed and easy-going. When we arrived at the train station, there were a number of sign carrying hotel operators trying to lure guests. Instead of rushing tourists, they waited politely off to the side. Even when approached, they calmly bargained with tourists. It was very un-Indian. 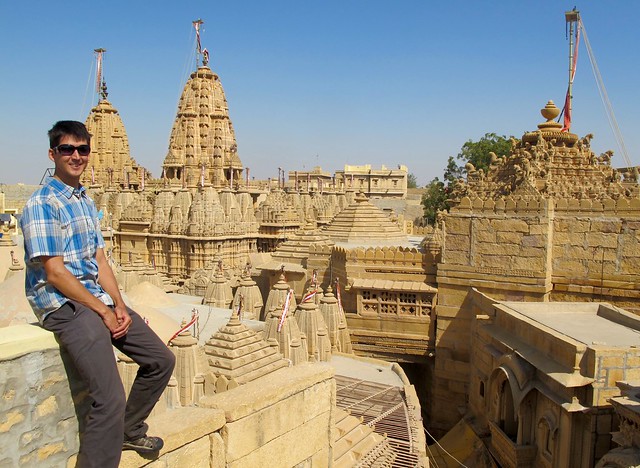 Most tourists rush through Jaisalmer – a quick visit to the fort and then an overnight trip to the desert. We took a more leisurely approach with a full 2-day/1 night camel safari with Mystic (highly recommend). We were definitely saddle sore after all the camel riding, but we didn’t regret it. 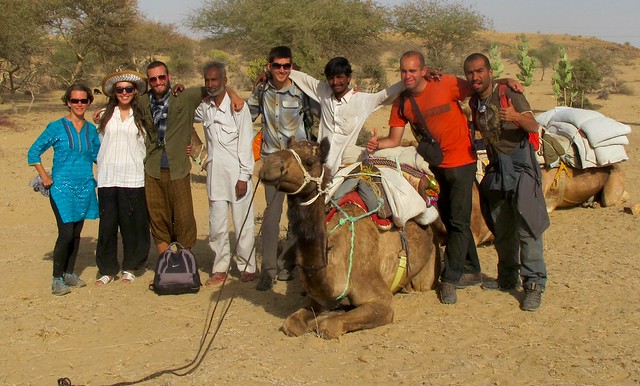 We traveled in a group of 6 tourists with two desert guides. We really enjoyed the company we traveled with, which is good because it was the most time we’ve spent with the same strangers all trip. Everyone in our group was on multi-month backpacking trips and we enjoyed swapping stories and getting advice on places to travel. 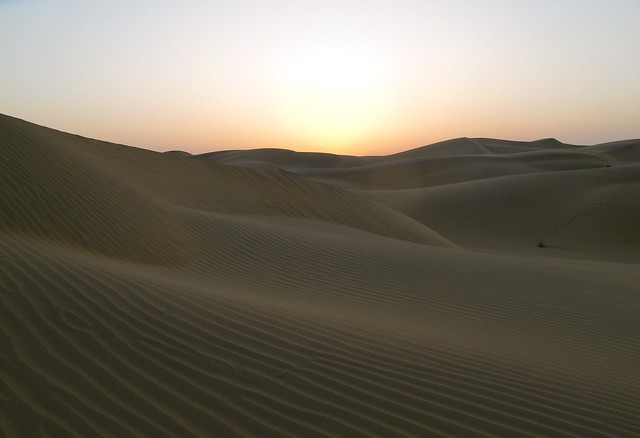 The trek took us as far from civilization as is possible in India. The only people we ran into were goat shepherds. The ride was mostly through dry scrub bush with stops on the edge of large sand dunes. We noticed the vast amounts of animal poop before we spotted the wildlife – mostly blue bucks and lots of domesticated animals like goats, sheep, and cows. The area is surrounded by a huge wind farm, one of the biggest in the world. It was surprising how loud the turbines are. It often sounded like jet airplanes were flying overhead. 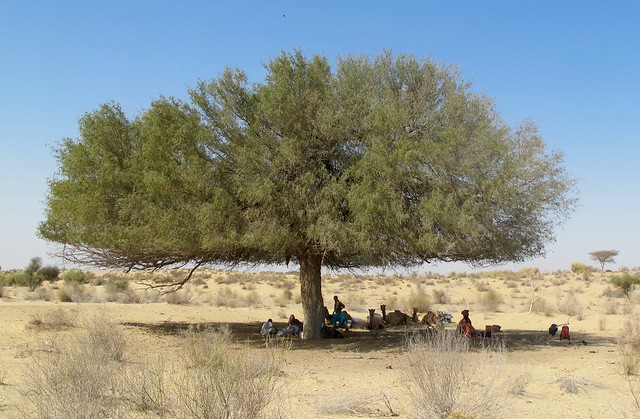 During the day, the desert sun was oppressive. We spent most of the time from 11-3 hiding under giant shade trees, playing cards, and eating lunch. 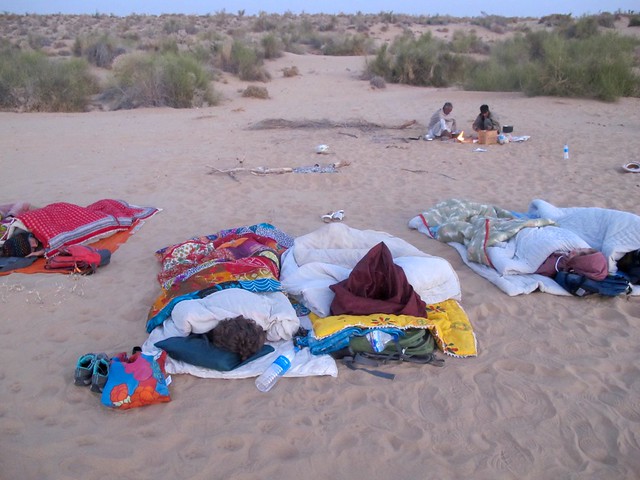 At night, the temperature plummeted, but we kept warm with a small bonfire and thick blankets. It was awesome sleeping in the desert without a tent. There was nothing but a sky full of stars above our heads. 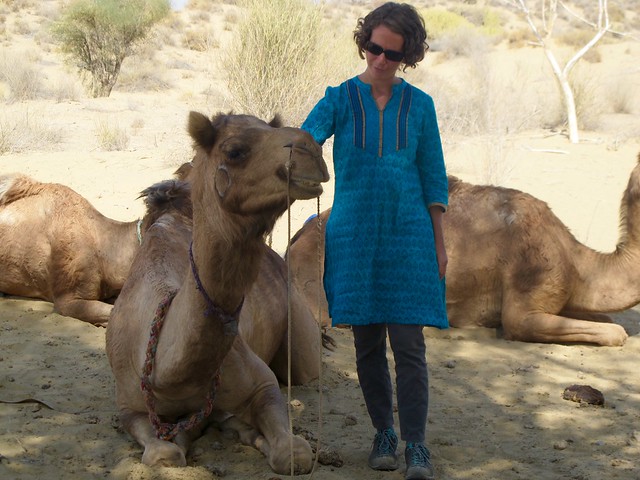 The camels were better behaved than I expected. No spitting or biting, and they were usually happy being scratched behind the ears. They sometimes get grumpy, but never in a scary way. 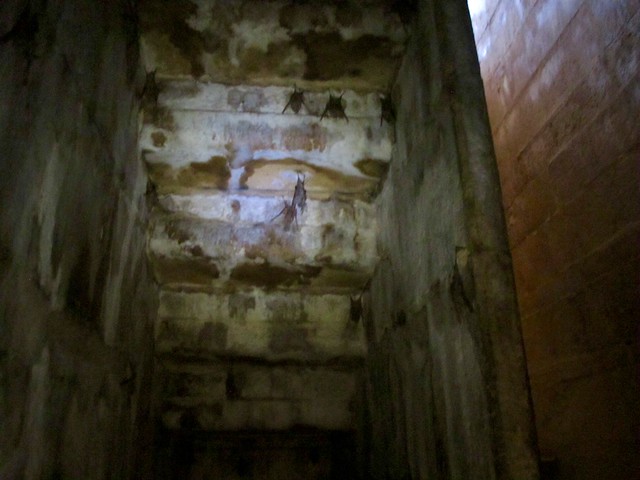 We spent an almost romantic Valentine’s Day touring Jaisalmer’s sights, including the Jain Temples and City Palace. There are a number of old havelis (elaborately carved urban mansions) open to the public. We toured one of the cheaper ones that was unfurnished but full of bats. I thought it was a fabulous photo opportunity until one attacked me. That might sound overly dramatic, but it had sonar and still flew into my armpit. 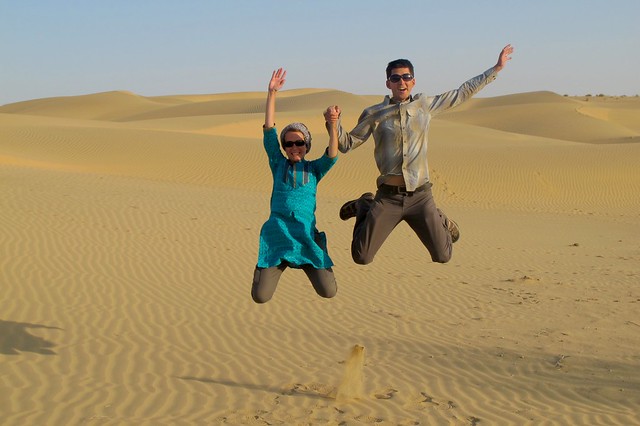 Our Valentine’s Day dinner was at a lovely restaurant set in a garden with live music, dancing, and puppetry. Our table was candle lit and it was as romantic as India can be, with kids running around on the stage, wobbly chairs that threatened to dump us on the ground, and a bird pooping in Emily’s hair from the tree above. 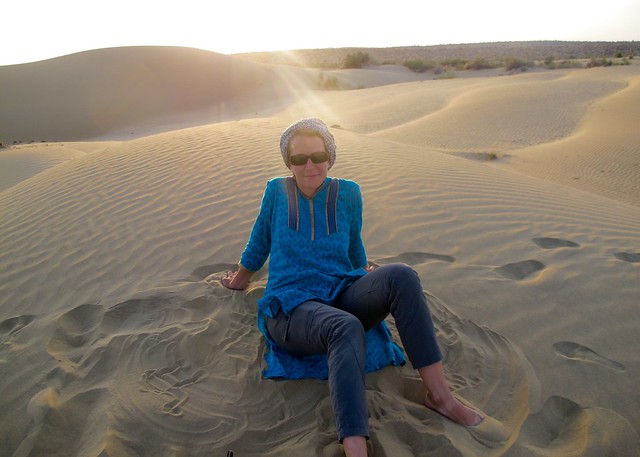