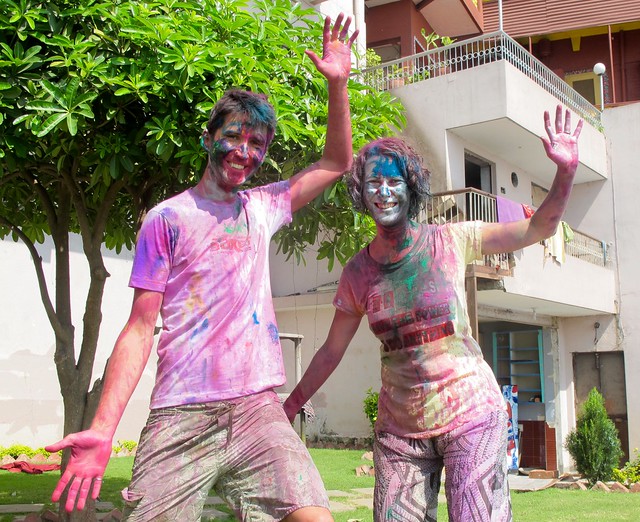 Holi is the Hindu colour festival and one of the biggest holidays in India. A month ago we decided we wanted to be in Varanasi for Holi and planned our trip around that date. I’m glad we did, because our experience was unforgettable. 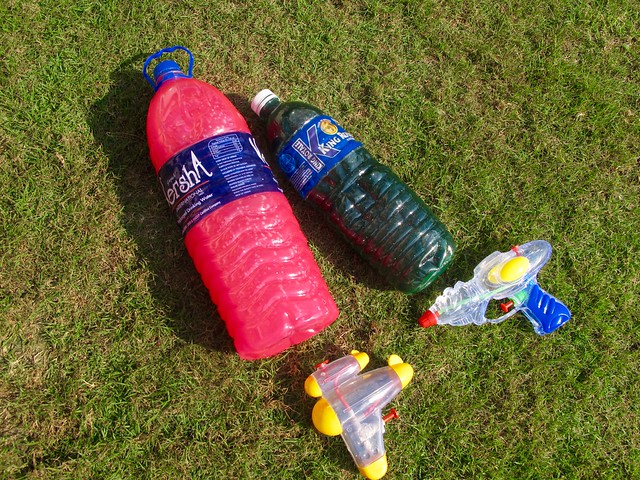 The day before Holi we bought our supplies – cheap, white clothing, green and pink dye, and water guns. Our hotel was a strict no-Holi zone and the gates were barred as if a riot was going on outside. In fact you could hear screams echoing through the streets. The security guard was reluctant to let us out, but we were determined. Within seconds of leaving the hotel we were swarmed by a mob of kids with buckets of dyed water. They soaked us and ran off with our water guns. All we had left was a water bottle with some pink liquid in it. We were almost defenseless, but it didn’t matter. There was no fighting back against the water balloons and buckets of dye that rained down on us from the roofs of buildings as we made our way through the narrow alleyways of Varanasi. 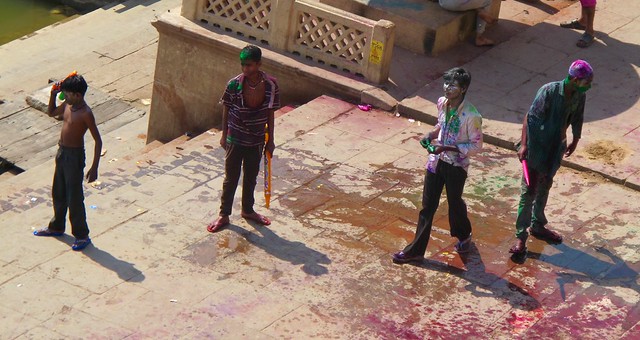 After the mobs of kids, we encountered gangs of young men who took delight in smearing powered dye on our faces. It seemed that most Holi participants were kids who stayed close to home, young men who roamed the streets, and foreigners who were everyone’s favorite targets. 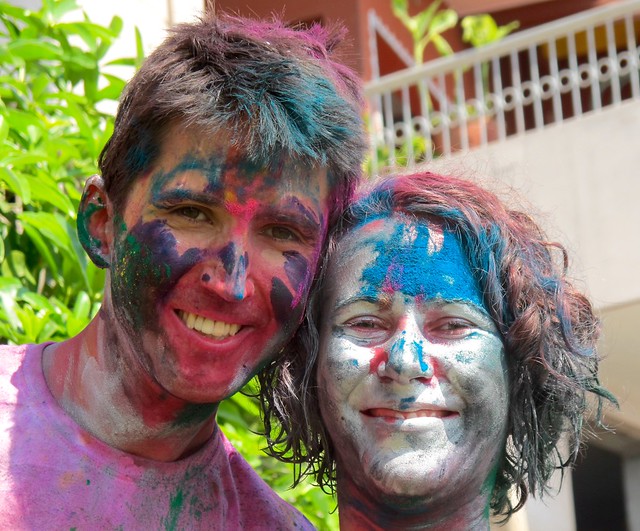 Within an hour of running around, we were thoroughly colored and had had enough of near gropings from the increasingly aggressive and intoxicated young men. We retreated to our hotel to take pictures of ourselves and shower as best we could. 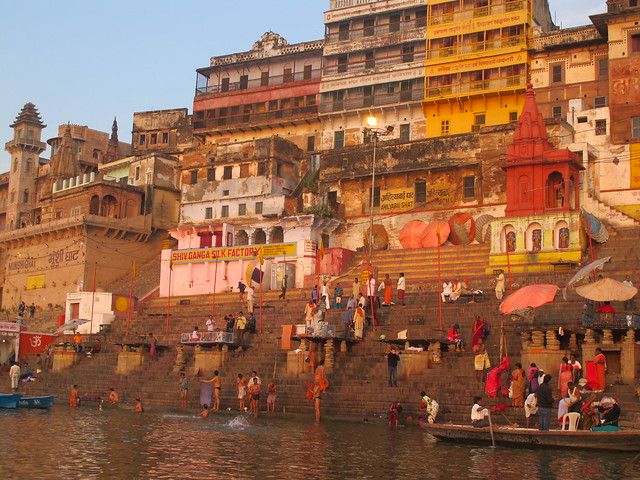 The rest of our time in Varanasi was more subdued. The city is a major pilgrimage destination for Hindus and the ghats along the Ganges were used for bathing, washing clothes, and burning dead bodies. We walked along the riverbank and took a sunrise boat tour. We only saw one dead body floating down the river. 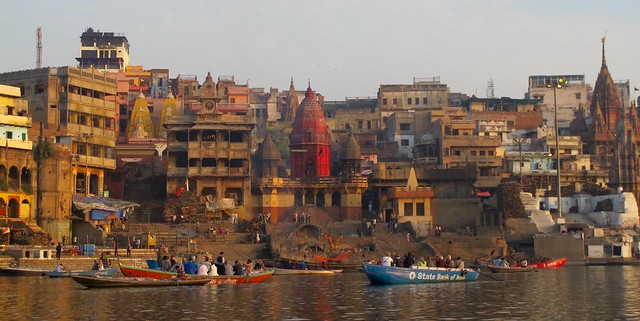 Every evening, there is a prayer ceremony at the main ghat with Ravi Shankar music, bells, Brahmins with torches, and large crowds. It was interesting to watch but the gathered crowd was in many ways more amusing. We had cows wander by and some people tried to shoo them away, some fed them popcorn, and some petted them. I never knew cows enjoyed having chins scratched. 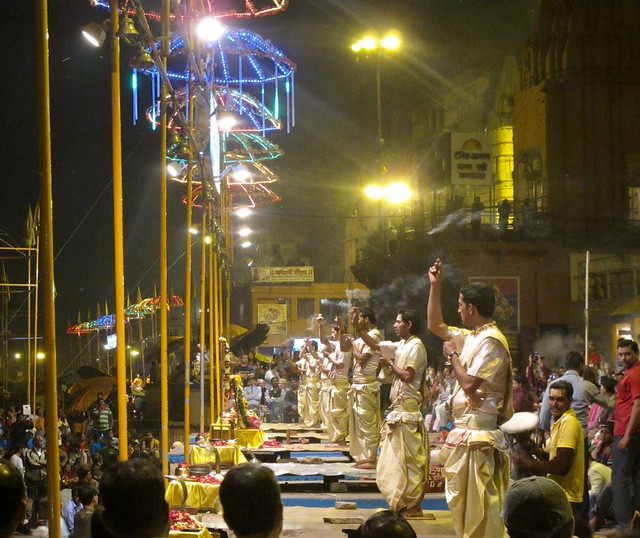 Away from the river, the old city was a maze of twisting alleys that was nearly impossible to navigate. It reminded me of Venice. Maps were useless and GPS didn’t work. The only way to get around was to look for ads painted on walls pointing the direction of hotels and restaurants. 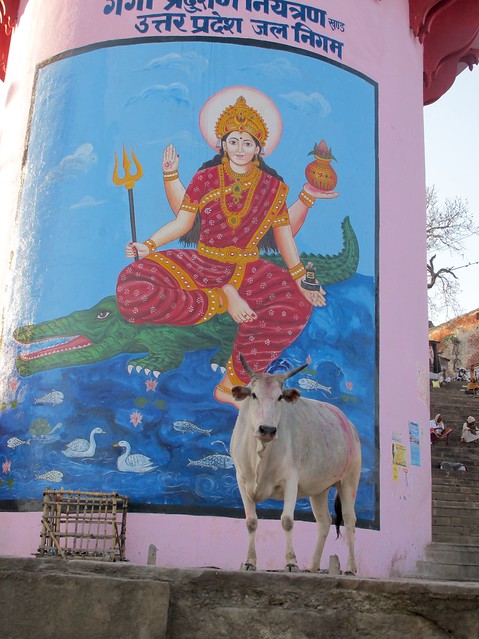 There are dozens of famous temples in Varanasi, but many don’t allow non-Hindus in. A lot of the temples near our hotel had long lines of people trying to get in and armed police officers keeping an eye on the crowds. The only one we visited was a Durga temple out of the old city, one of the more calm ones in the city. 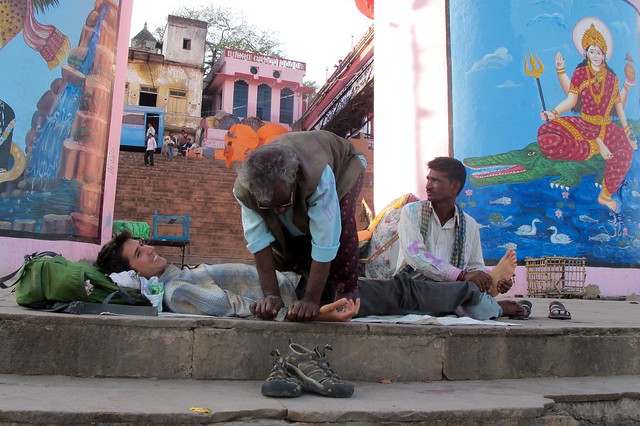 I’m sure a lot of people visit Varansi and all they see is dead bodies, smoky air, poop covered streets, and aggressive salesmen (like the street-masseuse who ambushed me). We saw all that too, but were able to look beyond it to see the humanity and deep devotion of the pilgrims in one of the oldest cities in the world. 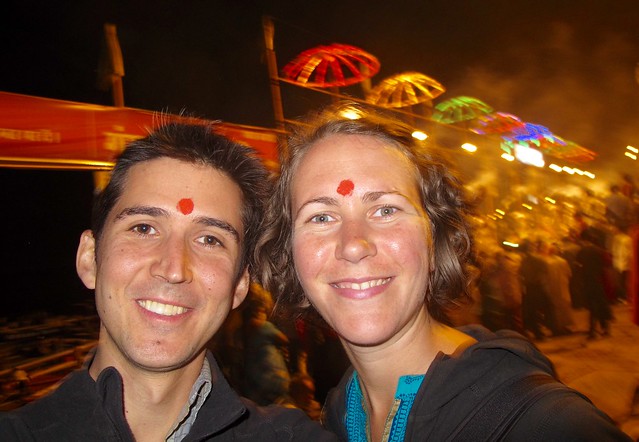 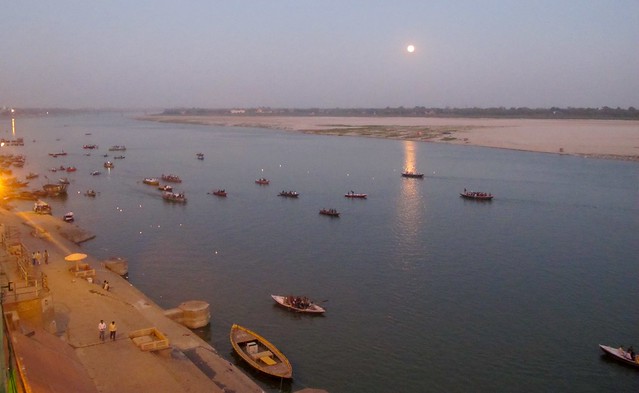 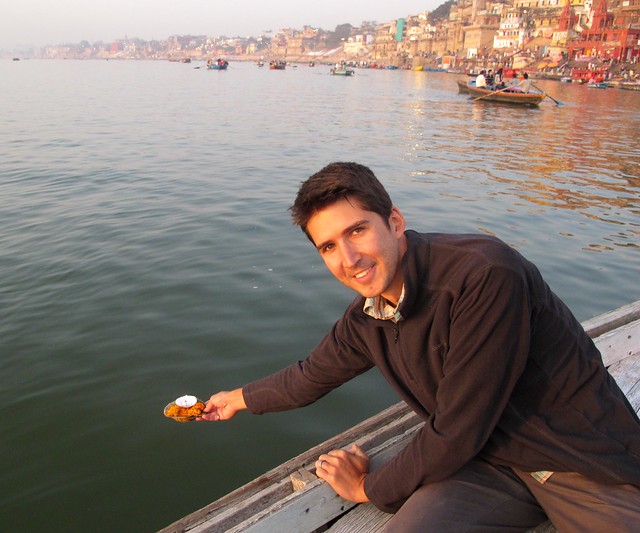 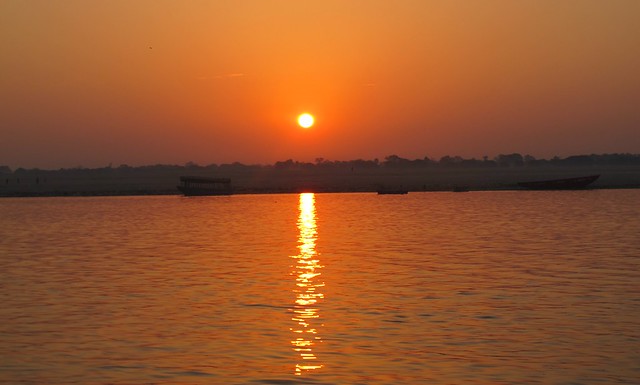