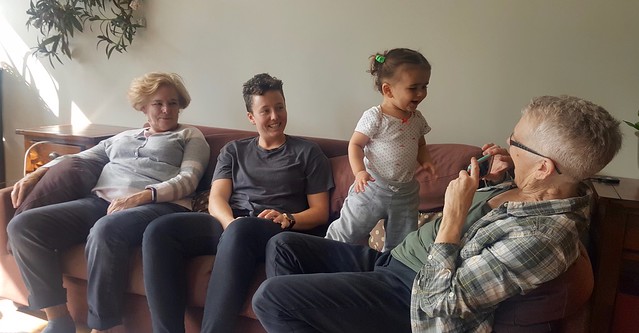 Now that Astrid has mastered walking, her brain has moved on to learning how to communicate. It’s been scary how fast she’s progressed. Her physical milestones (like rolling over, crawling, standing, and walking) were gradual progressions that developed over weeks. But communicating has been a sudden mental leap. 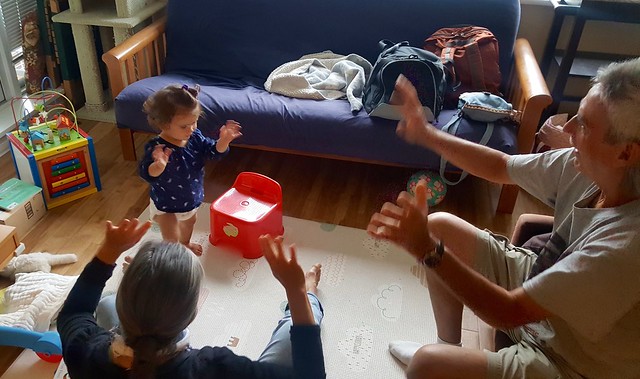 She only has a few formed words (‘hi’ and ”more’ are the latest), but she understands a lot and uses baby sign language and other gestures to clearly communicate what she wants. For example, if I say ‘Astrid, do you want to play outside?’, she will run and grab her shoes and sit by the door until I help put them on. When she’s hungry, she often stands next to the fridge yelling ‘more’ and pointing her fingers together (in baby sign language). She also understands (and usually follows) simple commands like “bring this to mommy”, “drink water”, “sit”, and “no, don’t touch”. Although when we say ‘no’, her frequent response is to laugh and wag her finger at us. 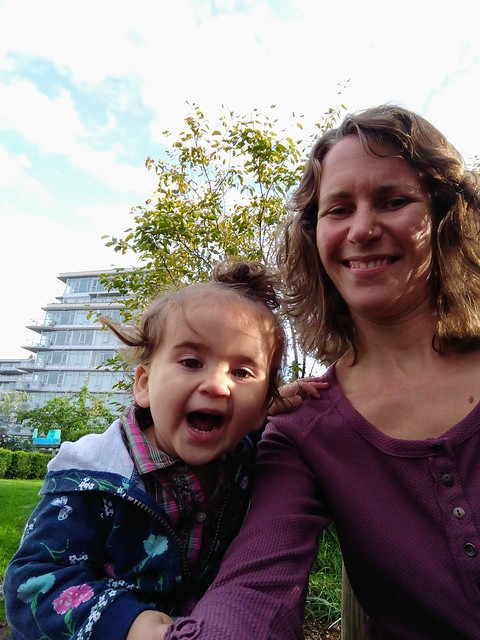 Astrid is extremely extroverted and sociable. I’m not sure who she gets that from. She loves running up to people and giving them hugs. When they leave she either waves good-bye or blows kisses. It’s amazing watching the joy she brings to random strangers. 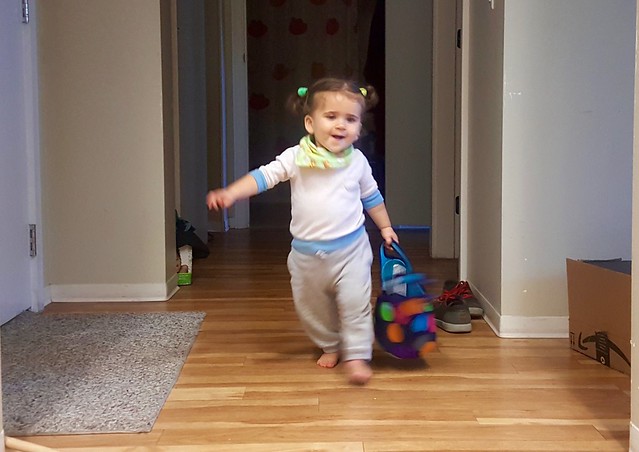 Her favourite games right now involve collecting small trinkets from around the house and putting them into boxes or bags. It’s hard to keep track of my toothbrush and keys. She’s also (finally) interested in her books. She grabs a book, sits on her little chair, and flips through the pages mumbling gibberish to herself.

Astrid is loving her new daycare. I think a lot of her communication leaps can be attributed to the new environment with good caregivers and time with older children. 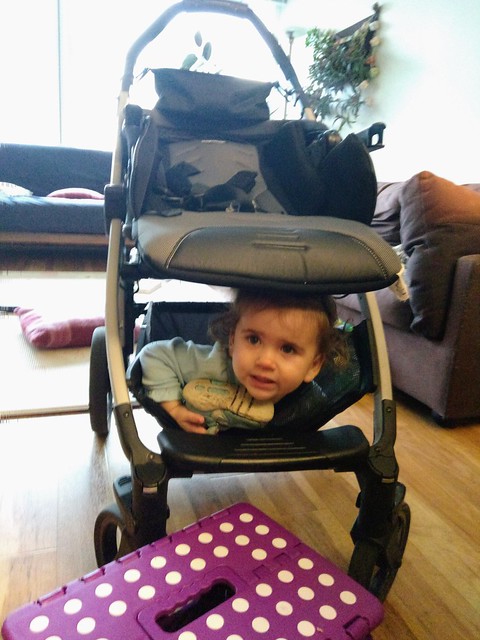 We had one small cold this month and a week of bad, infected diaper rash. Other than that, she’s had a great month. She transitioned to one nap a day (usually from 12-2), sleeps well at night, is a full of energy when she’s awake, and eats like a champ. 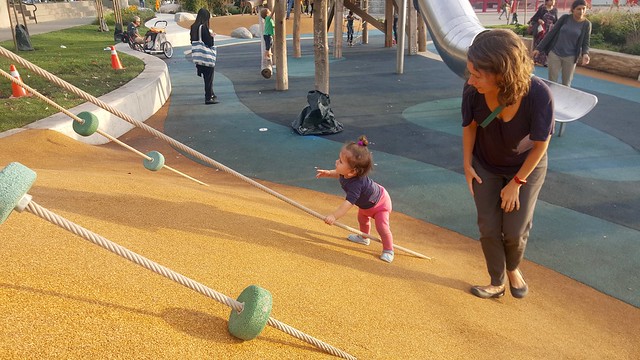