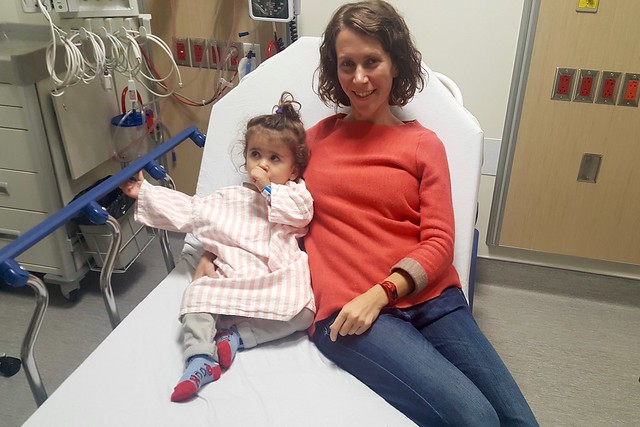 January was a rough month. Astrid got the flu, had a high fever twice, saw numerous doctors, got a black eye when she fell in the tub, and spent far too much time at the hospital.

We ended up in the emergency room at BC Children’s again on January 10th. It was our second visit for Astrid’s wheezing. The good news was that she responded really well to the puffers and we learned a lot from the doctors. The bad news was that she officially has asthma. We were out of the hospital in 5 hours with a referral to see a paediatrician who specializes in asthma. 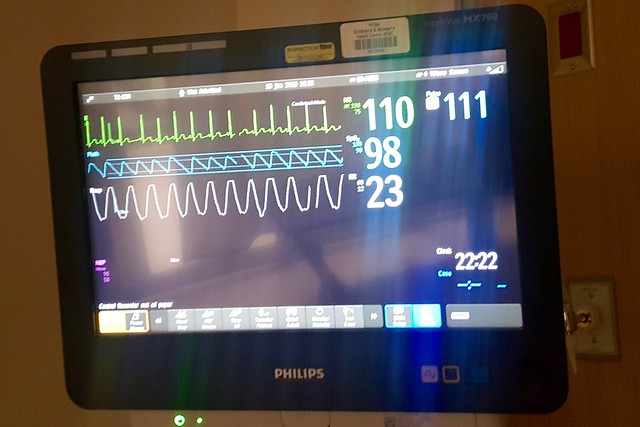 A week later, the doctor reassured us that most young children with asthma grow out of it. She prescribed a new puffer, a corticosteroid called Alvesco, that’s supposed to reduce the inflammation in her lungs and prevent future trips to the hospital. And we were told to come back in April when cold season is over. Unfortunately we ended up back at emergency on January 26th. This time we stayed overnight. We’re pretty used to the drill by now (The Asthma Protocol); the nurses just hook her up the monitor, hand us the puffers, and leave. Hopefully the Alvesco just didn’t have long enough to kick in (it’s supposed to be slow-acting). As good as the treatment is at BC Children’s Hospital, we don’t want to be back anytime soon. 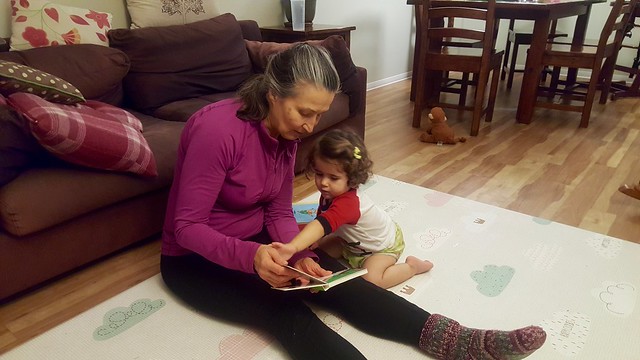 In between hospital visits we had two great weekends with Baba. She and Astrid had a lot of fun together. You can read her blog post about the visit and her time in Kamloops. 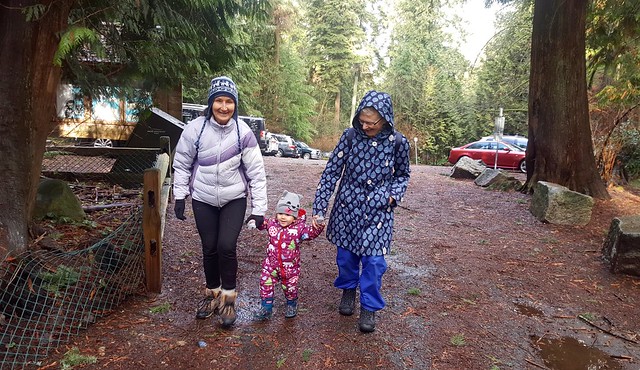 While Baba was here we thought it would be nice to go for a snowshoe in the mountains. We planned to do Bowen Island Lookout Trail on Cypress Mountain. On the drive up we kept on waiting for the rain to turn into snow. But all we got at the top was a frigid wet sleet coming down at a diagonal. Not the best conditions for a frolic in the woods with a toddler and two grandmas. Luckily it was dry and periodically sunny at Lighthouse Park so we still got a little hike and picnic lunch. 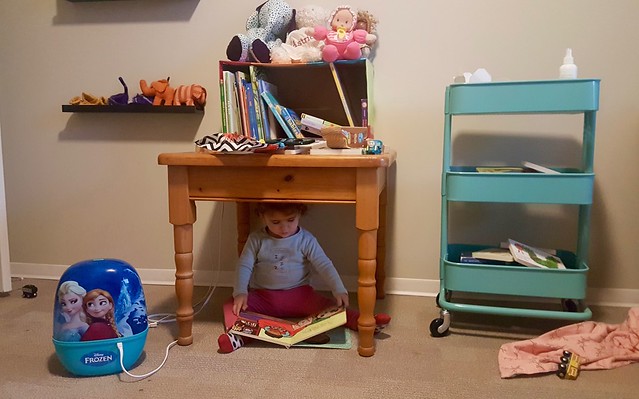 Astrid continues to learn new skills, expand her communication, and charm the pants off everyone she meets. She knows her body parts (toes, head, nose, ears) and a couple of animal sounds. She’s really into putting things where they belong – helping us put away our shoes, cleaning up blocks, disposing of trash in the garbage can. One of her favourite games is to see how many of her sweaters and jackets she can wear at once. She just keeps on bringing you new layers to put on her. Once she can’t move anymore she starts bringing your jackets.