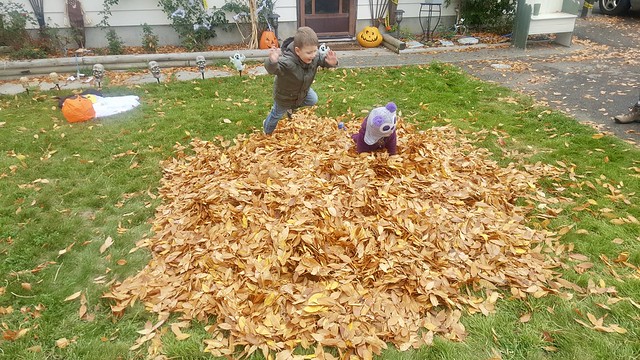 This year for Thanksgiving we went to Kamloops to visit my sister’s family. There was lots to celebrate as my parents were also visiting and it was my nephew’s birthday. The three kids (Jacob 3, Astrid 2, and Nora 1) had a blast playing together and the adults enjoyed playing along and mediating the toy disputes.

One of the biggest hits was the pile of leaves on Kelsey’s front yard. And it was a great photo op.

We crammed a lot into the one full day we had. On Sunday we took the kids to drop-in gymnastics and then played skee ball, air hockey, and rode the merry-go-round at the arcade. While we were gone the other adults decorated the house for Jacob’s birthday party with streamers and balloons galore. In the afternoon we managed both a birthday party and Thanksgiving supper, almost blended into one. By seven pm the adults were ready for bed but Astrid and Jacob were running around yelling “party, party, party”. 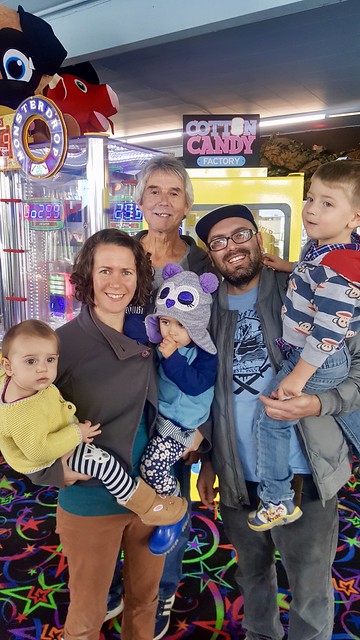 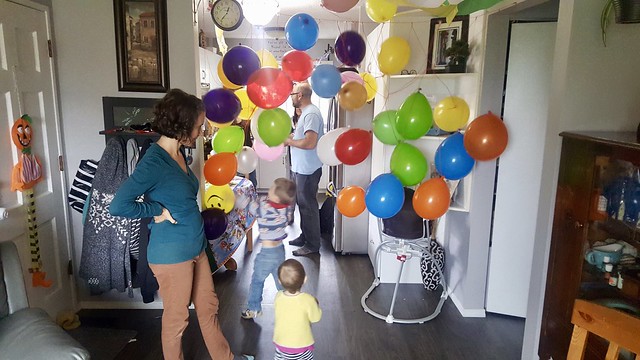 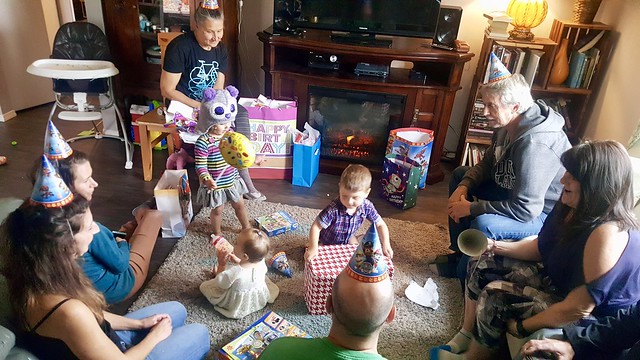 There were a lot of highs and lows between the cousins. Mostly fun and bonding but also screaming and hitting. It seemed like Jacob and Astrid only wanted to play with the toys the other one had. The most popular items were the fart gun, shopping basket, mixer, tool set, and push tricycle. We practiced a lot of taking turns (“my turn, two minutes” Astrid would say) and asking for what we wanted. They also spent lots of time hugging and teaching each other new tricks, like jumping off the sofa into a pile of pillows. Astrid also really enjoyed helping Nora, even though she’s 1-year old, walking confidently, and doesn’t need a lot of help.

We are so grateful that Astrid has cousins so close to her age and that they live only a few hours drive away. 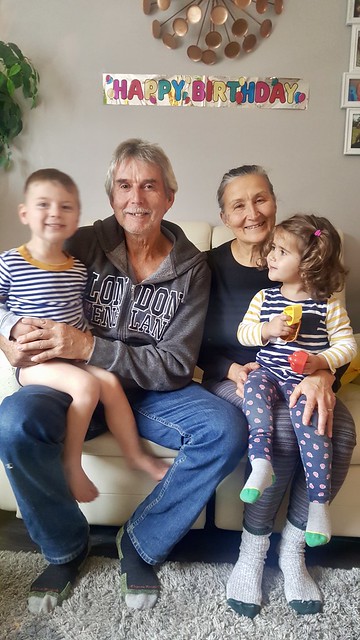