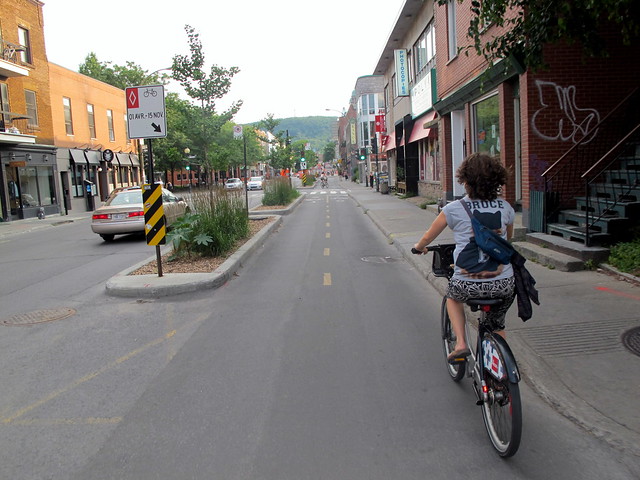 After spending 3 days cycling through Montreal, I have to admit they are years ahead of Vancouver. 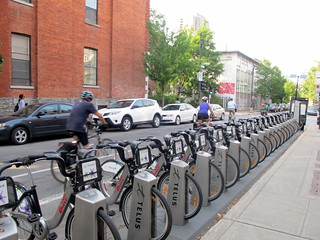 For only $15, I picked up a 3-day BIXI pass and used it to zoom around the city. I was impressed with how quickly the bikes turned over. Bikes were constantly being taken out and returned by users – a lot of them locals judging by how quickly they unlocked the bikes and pedalled away. The bikes are heavy and slow, but still way faster than walking and more interesting than taking the metro. 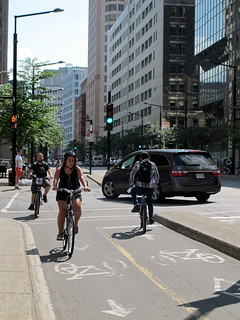 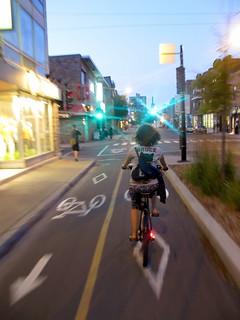 The separated bike lanes downtown are good (especially around the universities), but the real highlight was the network of separated lanes along commercial streets in the neighbourhoods around downtown, like the Plateau (think Commercial Drive in Vancouver).

There is also a good network of bike routes on quiet streets, salmon lanes against the traffic on 1-way streets, and trails along parks and train tracks. They even have cleaners ensuring the bike routes are free of glass and debris. 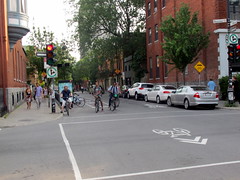 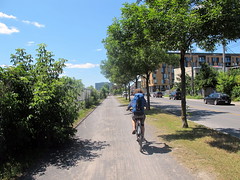 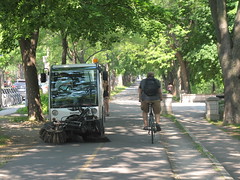 Vancouver has some catching up to do.