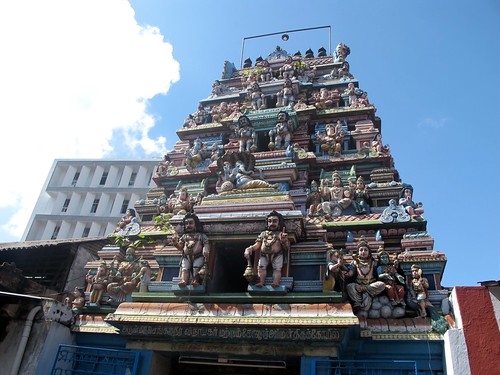 So much for taking it easy on day one.

We decided to walk from our hotel to Fort St George. It looked closer on the map.

We spent three hours walking around in the heat and baking sun. We quickly ran out of water. 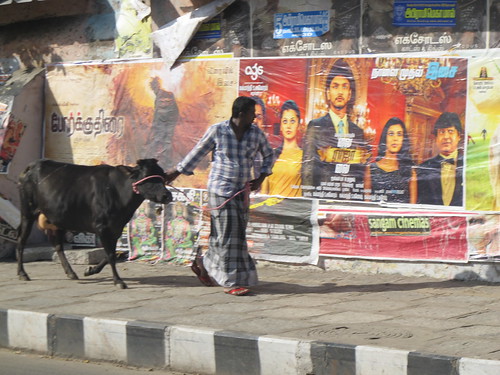 The traffic and crowds are chaotic, but we’ve seen similar before in Vietnam, although with less cows and horses in the city.

Around 1 pm we ducked into a vegetarian restaurant for lunch. We were grateful to get some food, a bottle of chilled water, and sit out of the sun, even if it was still over 30 C inside.

The fort had a museum that explained the interesting history of the British rule of Madras. It was also fascinating walking around the narrow streets in nearby Georgetown, crowded with shops and street vendors.

After the fort, we took a auto rickshaw back to the hotel. I was worried about how much it would cost on the meter. So instead our driver offered to take us for 120 rupees which I accepted without bargaining. I’m sure it was at least double the standard rate. I need to work on my negotiation skills. But with the heat, I was willing to pay a lot more not to have to walk anymore.

When we got back to the hotel, we washed up and passed out. We didn’t wake up for 3 hours. It was dinner time, but neither of us had the strength to get up. So we reluctantly skipped dinner and went back to sleep. At 3 am, I woke up well rested after 11 hours of sleep. Not sure how I’ll get my sleep schedule back on track.