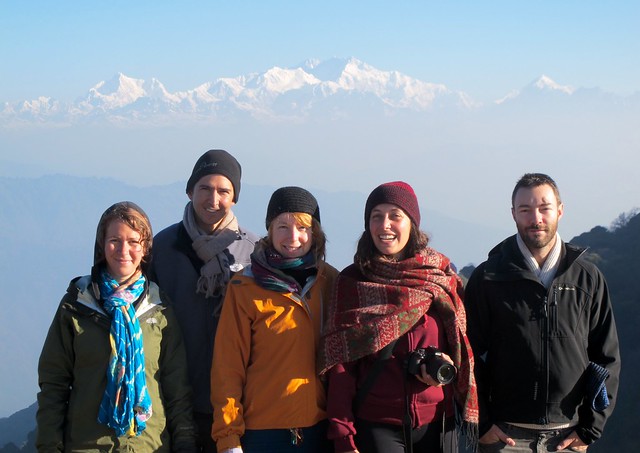 The Singalila Range forms a ridge of hikeable mountains along the India-Nepal border that offer awesome views of the Himalayan mountains including Kanchenjunga, the third highest mountain in the world (8598 m). We set out to do a 5-day trek from Maneybhanjang (near Darjeeling) to Phalut, but unfortunately didn’t make it all the way. 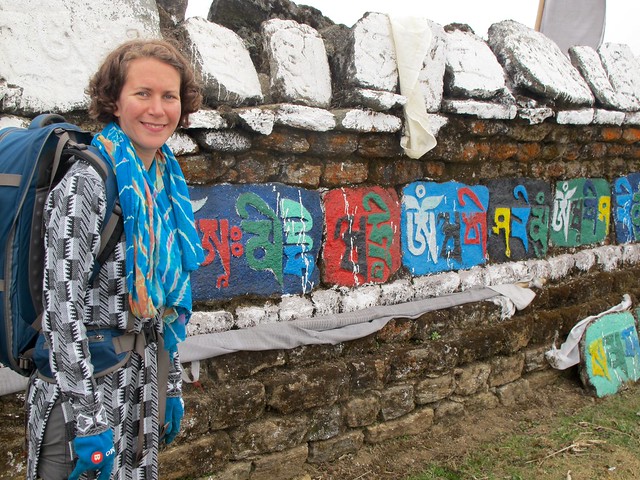 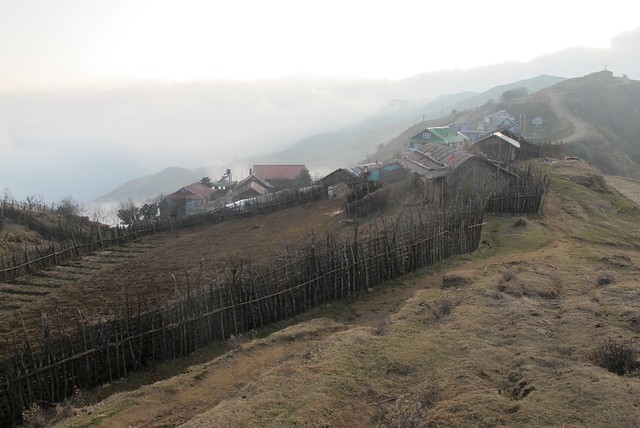 The first day I was really slow going up the 11 km with over 800 metres elevation gain. That night I was so chilled and achy I couldn’t sleep until the wee hours of the morning. All night all I could think about was the 21 kms we had to cover the next day and the ascent up to 3636 metres above sea level. I was feeling better the next morning but knew I didn’t have enough energy to complete the day. We were lucky to have views of Kanchenjunga that morning before heading back down to Maneybhanjang. We were both disappointed about not making it to Sandakphu and Phalut, the two peaks with amazing views, but knew it was the right decision. 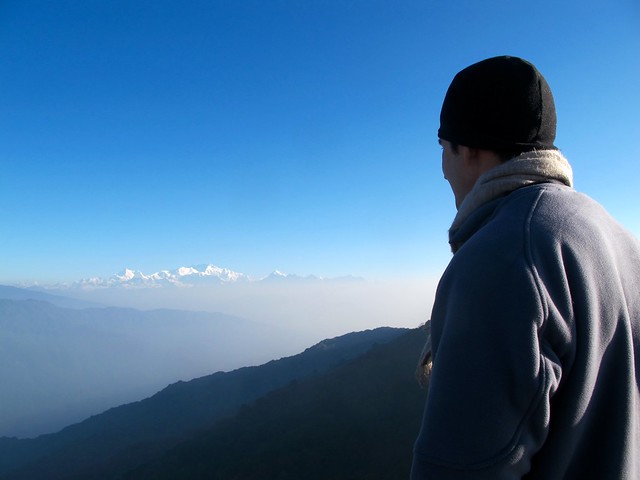 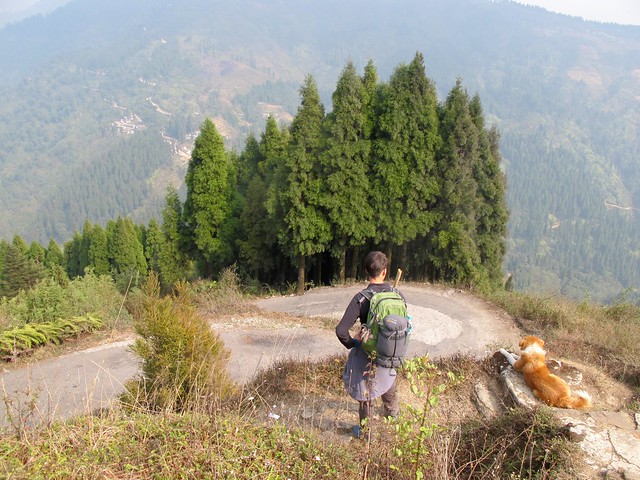 We weren’t in the national park yet so we could do the descent without a guide, at least a human one. We had three different dogs join us for different parts of the day. They were just village dogs that seemed to want a little company and a journey. They responded better to petting than treats. 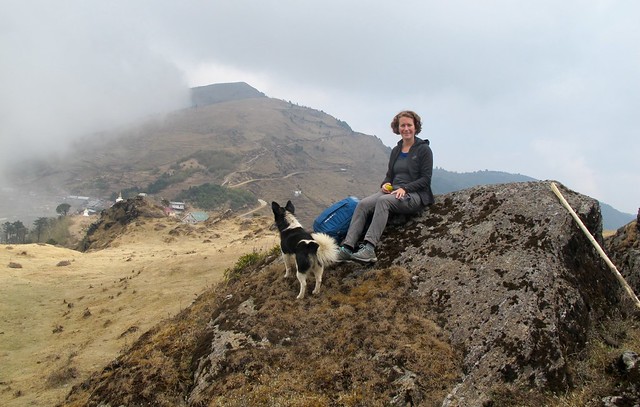 This one was our favourite, we named him Charzing. 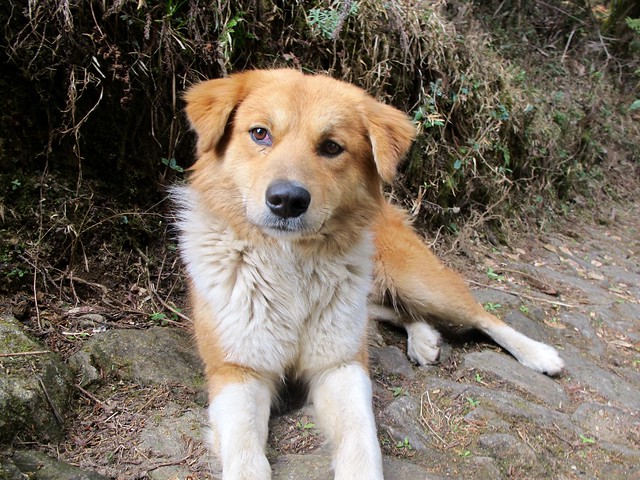 Tour companies will arrange all-inclusive Singalila Trek expeditions for around 3000 rupees per person, but we’re cheap and resourceful so we planned our trek on our own. We wanted to create a comprehensive guide to the trek for others to follow, but since we never made it past Tumling (near Tonglu peak), our knowledge is incomplete. But here is what we figured out. 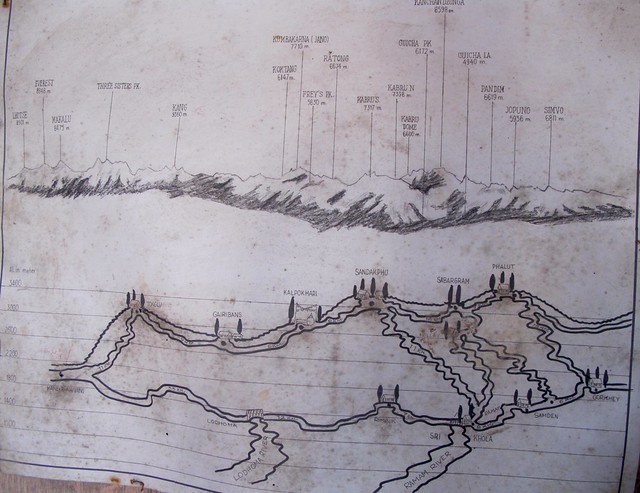 There are two standard treks out of Maneybhanjang. A 3 day-trek to Sandakphu and down to Rimbik or the 5 day trek that goes to Phalut. Phalut has 360-degree views from the peak (3600 m) so that was the trek we chose. 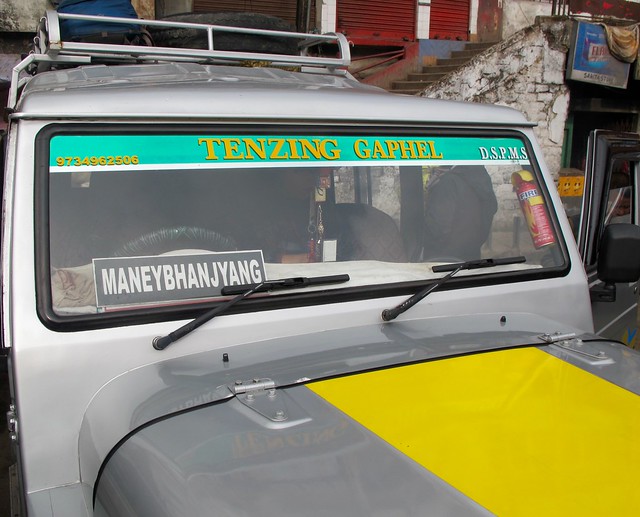 We took a shared jeep from Darjeeling to Maneybhanjang in the morning. Apparently it’s not a very popular route. There were three other foreign tourists going to do the same trek and no one else. After waiting for 30 minutes we paid for the remaing five seats so we could get trekking at a reasonable time. We ended up trekking with our new friends to help share the costs. 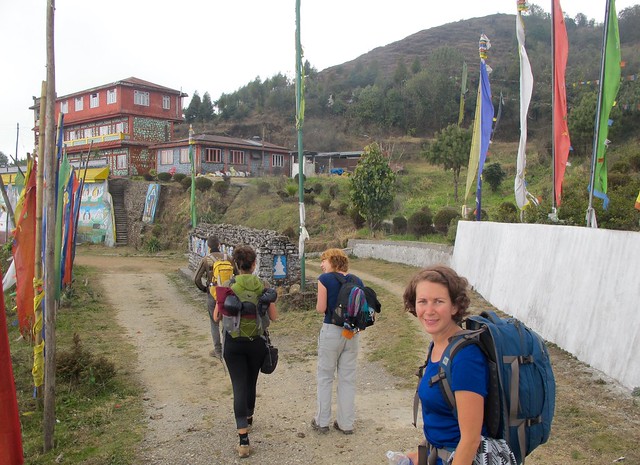 Most of the hike is in the Singalila National Park, which requires visitors to be accompanied by a guide. If you’re not using a private tour operator, you can get guides through the Society for Highlander Guides and Porters Welfare (link), whose mission is to preserve the park and create employment opportunities for youth. The cost is 1200 rupees per day, including food and lodging for the guide, no matter how big your group is. 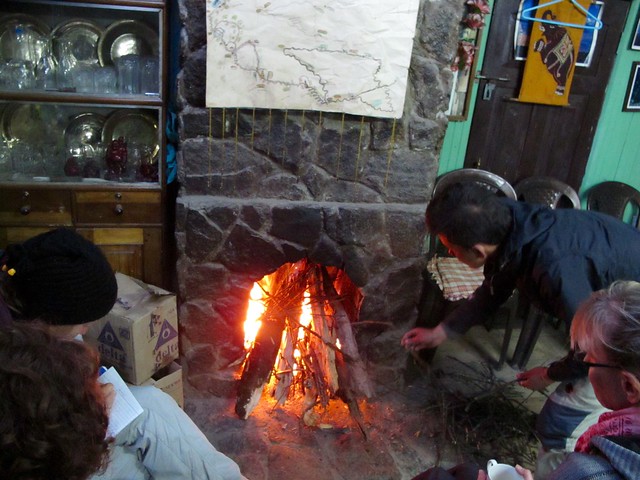 There are government and private lodges along the way, as well as snack, water, and lunch huts. We only stayed in one, which was lovely. We had our own room with three beds, lots of blankets, and a washroom (cold water and squat toilet) for 800 rupees. We spent most of our time in the main house with the other guests by the fire. 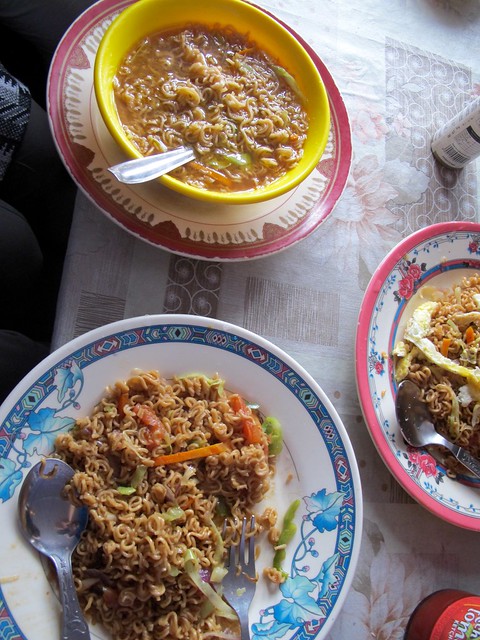 Lunch was either chowmein or noodle soup for 50 rupees and egg could be added for 20. Tea and water were a little more expensive than usual, 15-20 and 30 respectively. The one dinner we had was amazing (although I didn’t eat much) – dal, rice, veg curry, potatoes, fried bitter gourd, egg curry, raw veggies, and apricot dessert – for 150 rupees each. Breakfast was porridge, Tibetan bread, honey, jam, and a boiled egg for 100 rupees. 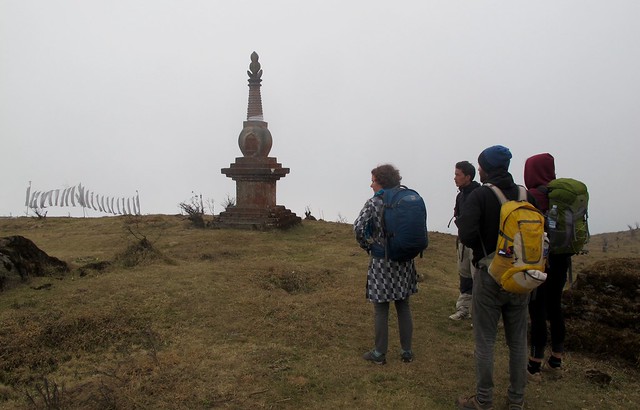 We didn’t hire a porter and carried our own gear. We probably brought too much stuff. I would recommend packing lite – only bringing a few days of clothing, warm hat and gloves, and a headlamp. We rented down sleeping bags in Darjeeling for 80 rupees a day from Trek Mate. We didn’t need them in Tumling as there were plenty of blankets. We also foolishly brought snacks from Darjeeling that we could have bought at any of the tea stall that dotted the trail. 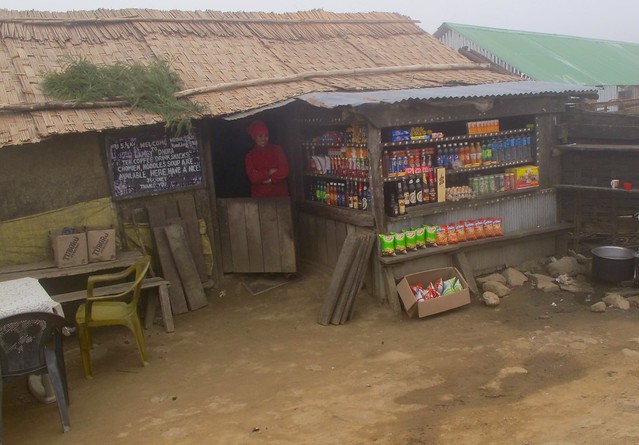