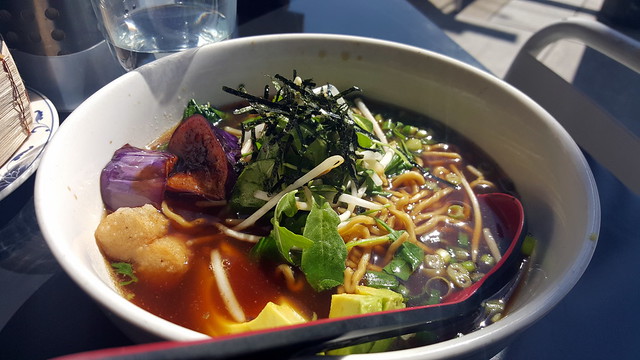 Emily and I spent the Labour Day weekend in Portland soaking up the vegan delights and the hipster vibe. We’ve been to Portland a few times now, but I’m still amazed by the quantity of funky facial hair, tattoos, ironic fashion, and (most importantly) the selection of vegan food.

Here were the best restaurants we ate at this time:
Harvest at the Bindery – 5/5 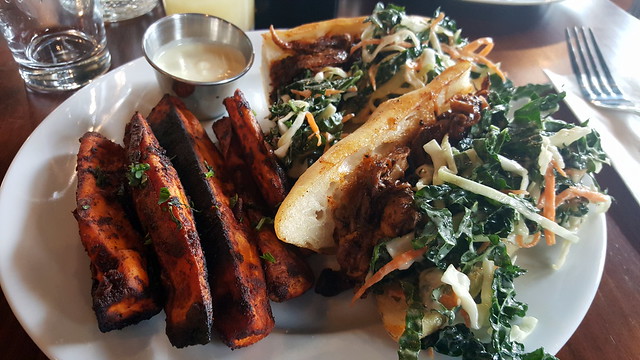 This is one of Portland’s newest vegan restaurants, and an instant favourite of ours. They served the best vegan brunch I’ve ever had. The BBQ pulled trumpet sandwich was bursting with flavour – highly recommended. The miso grit cake and biscuits were also delicious. 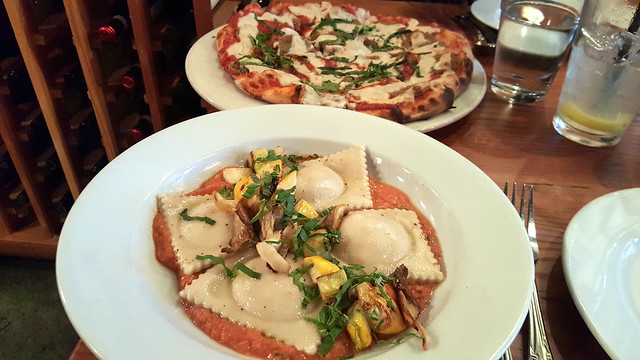 Excellent vegan Italian dishes with perfect flavour and texture. It was great being able to eat pizza, ravioli, and an ice cream sundae for dessert, all without dairy or soy. 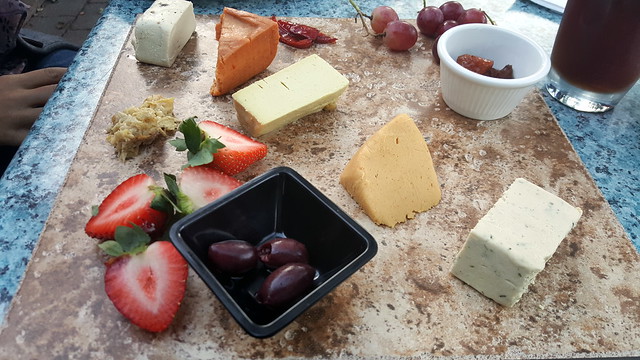 This is the future of vegan food. No one will miss dairy cheese if they can eat these creamy, rich, flavourful, cultured vegan cheeses. We couldn’t decide what to eat, so we had a cheese tasting platter with 5 different vegan cheeses. Our favourites were the chive & dill and the smoked gouda. 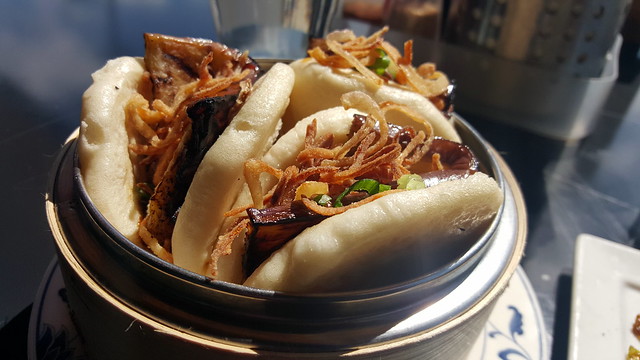 Not a vegetarian restaurant, but they have plenty of vegetarian/vegan options. The caramelized fennel ramen bowl and the grilled eggplant steamed bun (which is basically an Asian taco) were really good. 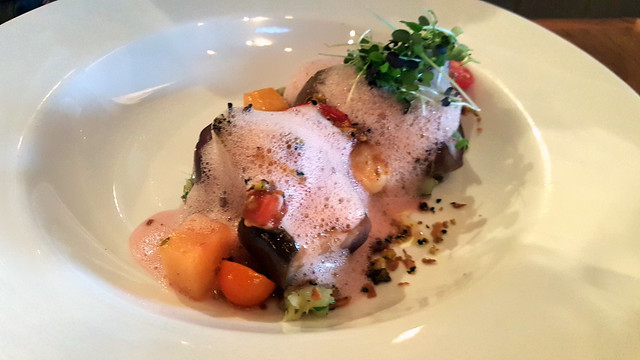 Nice place for an upscale vegetarian dinner. We enjoyed our fancy 4-course vegan meal, but none of the dishes wowed us, even though the price was twice as much as everywhere else we ate. 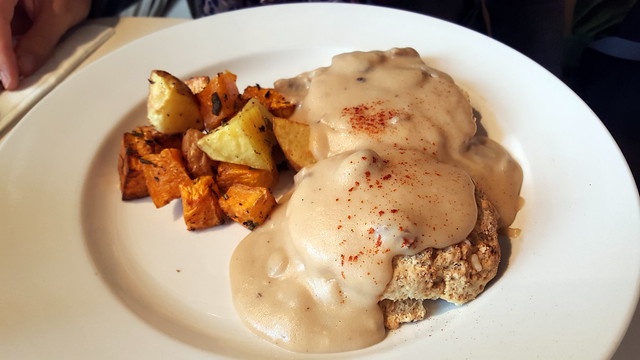 Petunia’s is a cute, gluten-free and vegan bakery, only a few blocks from Pioneer Square. Our biscuits weren’t as good as the ones at Harvest (the lack of gluten was noticeable). We wanted to order waffles, but they only make them on weekends and a holiday Monday didn’t count. 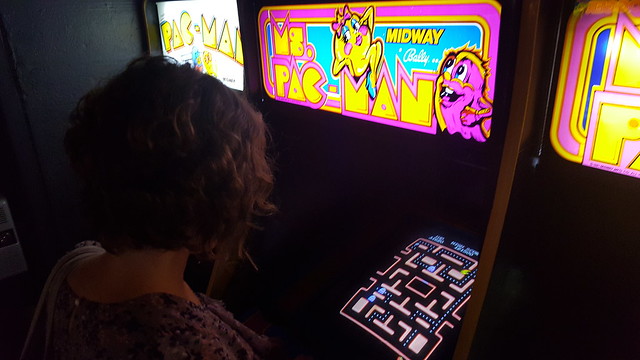 One of the cooler places we went in Portland. A funky bar/arcade with a mix of classic and new games, beers on tap, and a food menu surprisingly full of vegan options. It wasn’t gourmet, but our vegan frito pie was really tasty. 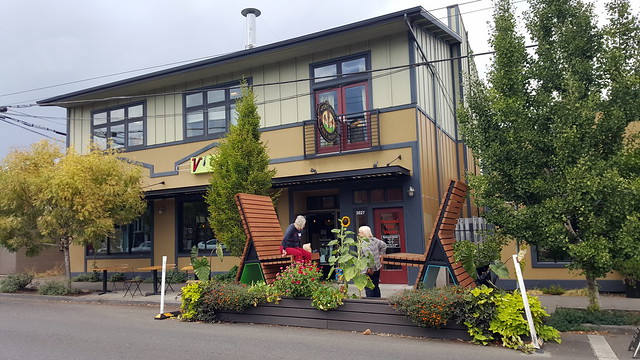 The rest of our time in Portland was spent wandering around the funky neighbourhoods, checking out Art in the Pearl, watching a prize winning movie at the film festival (For Love and Broken Bones), and shopping at thrift stores – Emily and I both picked up shiny new shoes. 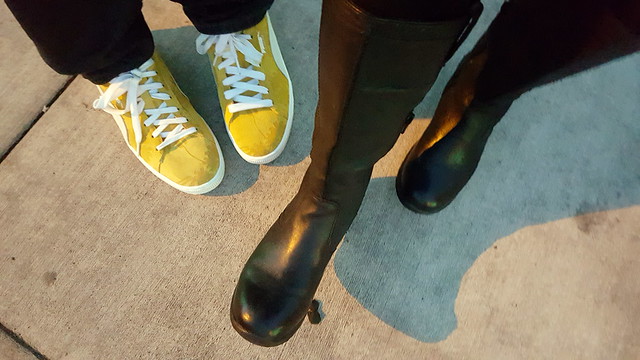 More pictures from our trip and the train ride on Flickr. 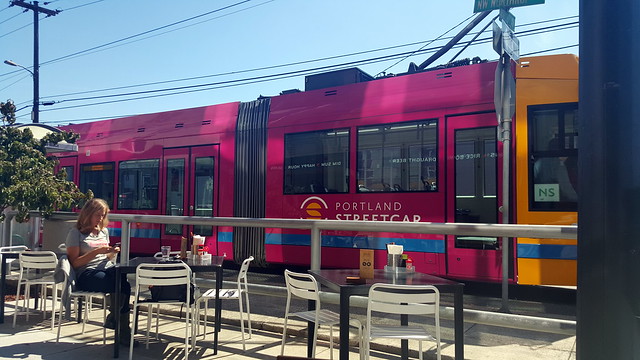 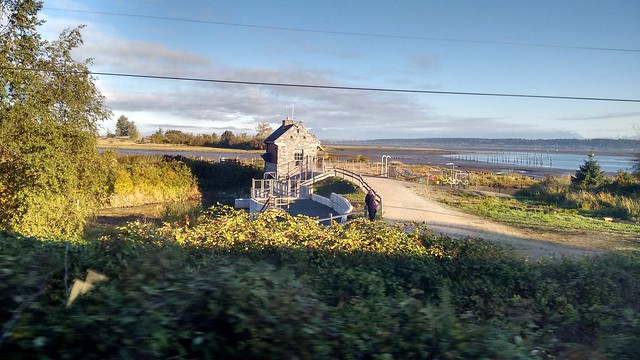 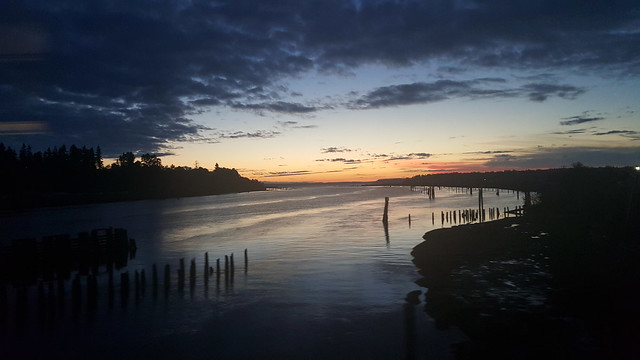