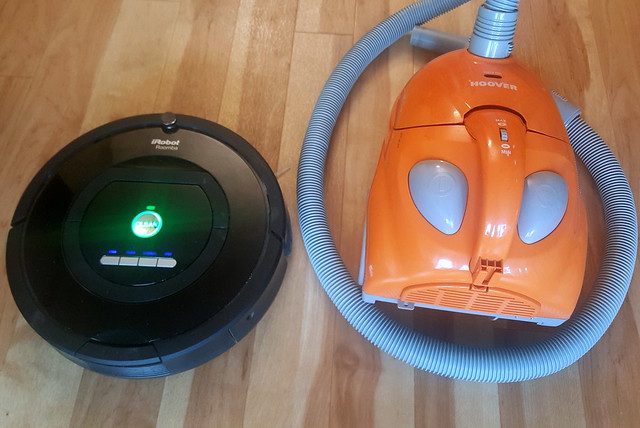 The Roomba I bought 2 years ago is one of the best luxury purchases I’ve ever made. It does such a great job keeping our floors clean and picking up cat hair. But I was concerned with how much power it uses, so I plugged it into a power meter for a week.

Turns out, it uses hardly any energy. After a week of daily cleaning, it only used 0.65 kWh (which works out to less than $3/year). I plugged in our old Hoover and did some vacuuming for comparison, and it uses a lot more power. One hour of vacuuming with the Hoover used more energy than the Roomba did in a week. Although there’s no way I would be vacuuming for an hour a week, especially since we only have carpet in the bedrooms. I guess sweeping is still the most energy efficient option, but I’m more than happy to pay a few dollars a year in energy bills for the robot to do the sweeping and vacuuming for me.

1. Using BC Hydro’s residential rate of 8.3 cents / kWh (which is very cheap)
2. Assuming 30 minutes of vacuuming a week.