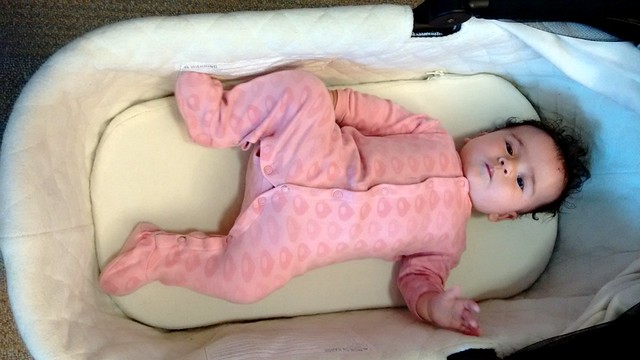 Astrid’s fourth month was all about sleep, and what happens when she doesn’t get enough. It’s been a slow transition, but we’ve gone from being easy going parents who let their child sleep whenever she wants (with lots of rocking, bouncing, and stroller walks) to obsessing about naps and bedtimes. Sleep training hasn’t been easy, but I think it’s been worth it.

Astrid started the month with poor sleeping habits and it only got worse for the first few weeks. After reading too many sleep books and blogs, we realized she had built up a sleep debt and we needed to be more vigilant about ensuring she got enough sleep. 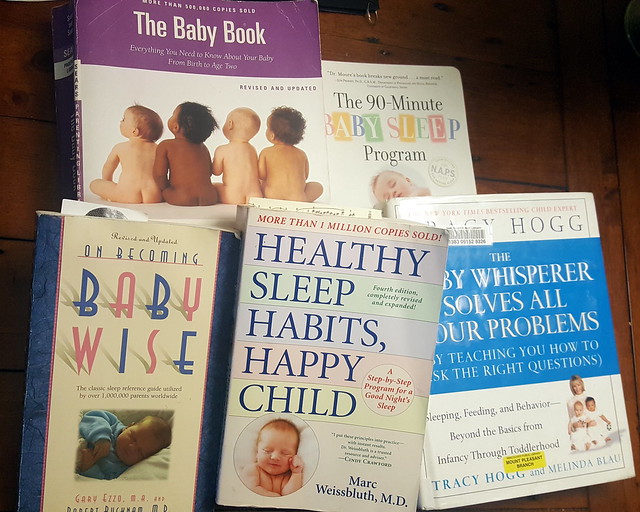 Before we could make any changes, everyone got sick. First Emily and Astrid got colds. A congested baby doesn’t not sleep well. Then a week later, I got a nasty flu that sidelined me for a week (luckily I managed to keep it to myself).

The sleep problems have been compounded by Astrid’s early teething. I think we’re still a few months away from her first teeth, but she loves gnawing on things and sucking on frozen washcloths and soothers now. 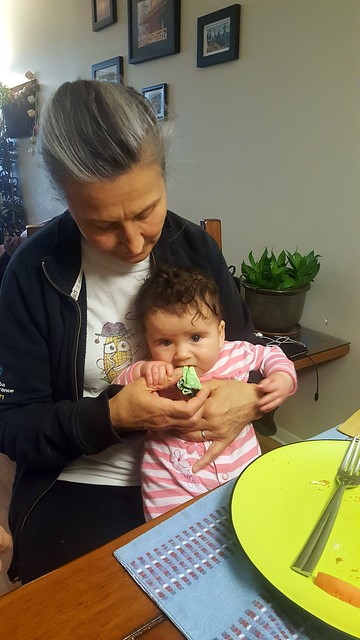 On October 7, after a few weeks of frequent night wakeups and a grumpy baby during the day, we let Astrid sleep in the swing overnight (following some of the recommendations from Precious Little Sleep). It seemed unnatural to have her in a moving swing all night, but we were ready to try anything to get a good night’s sleep. Even though she was buckled in, we didn’t entirely trust the swing and worried she would somehow fall out of it, so one of us spent the night with her just in case (at least for the first few nights).

The first night she slept in the swing felt like a miracle. She slept for 6 hours and then another 4. The next few nights weren’t quite as miraculous but over the course of the month we’ve slowly increased the amount of sleep she gets every night and how long she goes between feedings (at least at night). She’s even sleeping in to anywhere from 8 to 9:30 in the morning. Some other things that have helped:

Although the past week has been a good sleep week (which is giving an overly cheery tone to this blog post), we’ve also learned that we can’t expect consistency. I don’t think we’ve had two consecutive days with the same sleep schedule. When we put her down to sleep, we never know how long she’ll sleep for. She definitely keeps us on our toes. 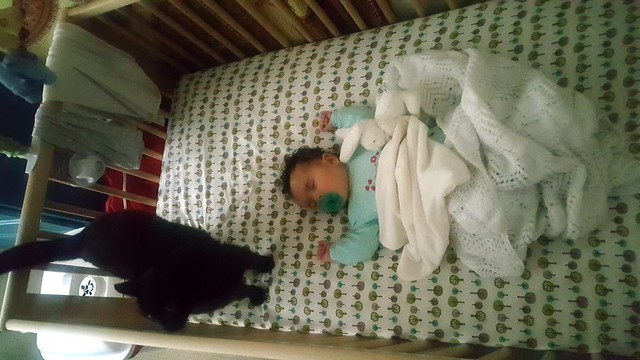 During the day, we’ve been more strict about naps. We used to play with her until she started getting really vocal and upset. Then she would refuse to nap, screaming at any attempt to help her fall asleep, even though she was visibly tired. After reading more about napping, we realized we were overstimulating her.

Now, we watch how much awake time she has between naps and try to get her to sleep if she’s been awake for 1.5-2 hours. At the first sign of tiredness (a yawn or a face rub), it’s nap time. Sometimes she naps in the crib, sometimes in the swing.

So that’s been our foray into sleep training. Obviously still a lot of work to do, especially transitioning her out of the swing and into her crib, but we’re in a way better position than we were a few weeks ago. 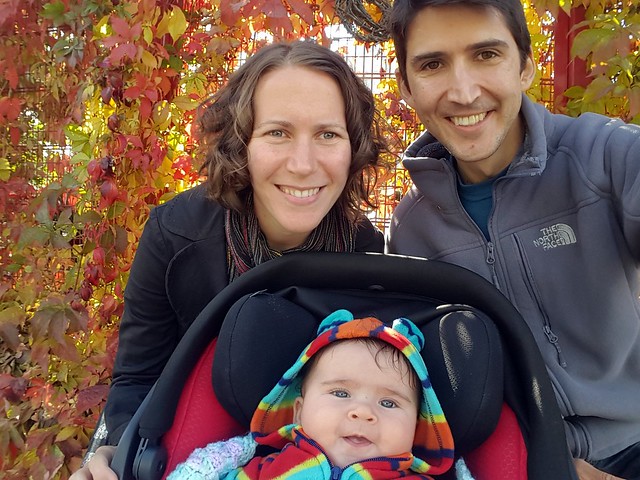 Other than our obsession about sleeping, we’ve still had a lot of fun times with Astrid. Baba and Dido visited from Manitoba for a long weekend. 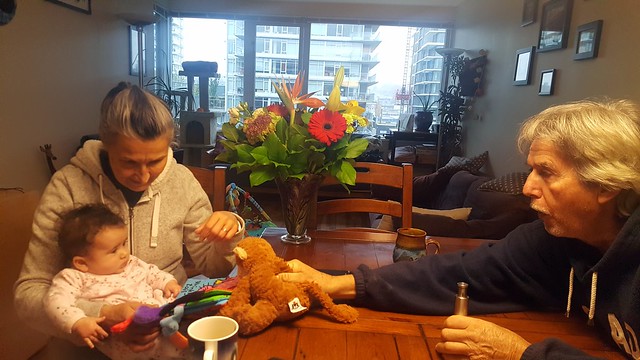 And we’ve had a few visits from the grandmas. 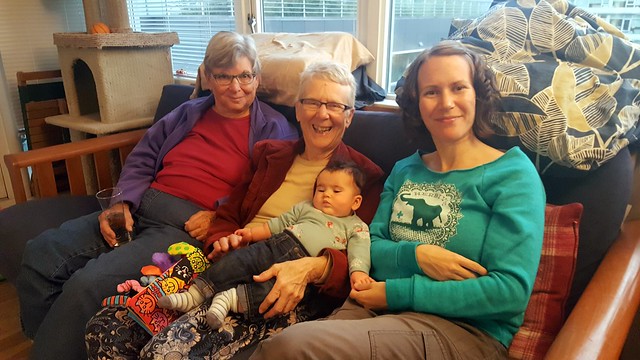 For the most part, Astrid is very healthy and continues growing along the 75th percentile and is hitting her development goals. She reaches out for things and is grabbing toys.  She enjoys tummy time a lot more and has come close to rolling over on her own, but she hasn’t quite figured it out yet. She really likes the new songs that Emily has learned, like Peek-A-Boo and Roly-Poly. 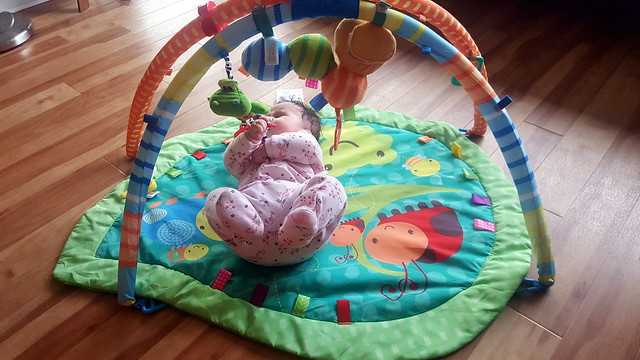 The biggest worry is she hasn’t pooped in 8 days. We’re not panicking yet because she only drinks breast milk (which doesn’t generate a lot of waste) and she still seems happy and is not experiencing any pain. We’ve been letting her play without a diaper, daring her to poop, but so far no messes to clean up. If this lasts any longer we’ll be calling the public health nurses for advice.