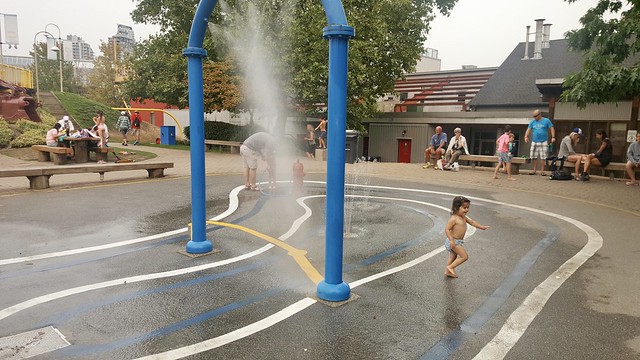 We did our best to enjoy the last bit of summer despite the smoky skies and air quality advisories. Astrid enjoyed playing in the Granville Island waterpark, and ice cream and popsicles were a regular treat. 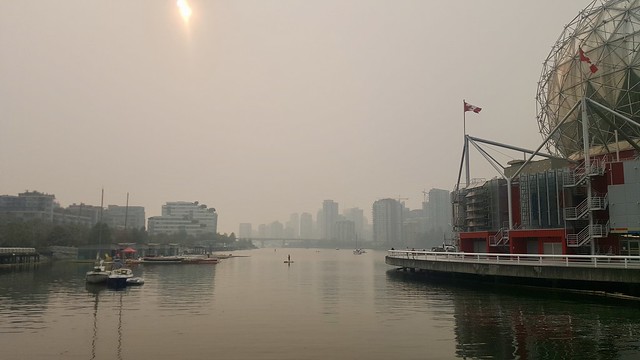 The wildfire smoke was not kind to Astrid. We survived without a hospital visit, but I was giving her the maximum amount of Ventolin every 4 hours, even at night, in order to keep her asthma under control.

BC has now had back-to-back summers with record-breaking forest fires. The impact of climate change is all to real. If this is the new normal, it’s going to be hard on Astrid’s lungs. Winter is cold and flu season, which triggers her asthma. If summer is now forest fire season, she’s not going to get a break at all.

I was interviewed for an article in The Star about indoor air quality as a means of escaping when the smoke gets bad. Here’s one of the quotes I provided,

I don’t want to end up as a city where we’re like, ‘OK, we air-conditioned all the buildings and they’re all clean air, so just don’t go outside’. Vancouver is awesome because of all the outdoor activities we have accessible to us, and if that disappears the quality of life disappears. 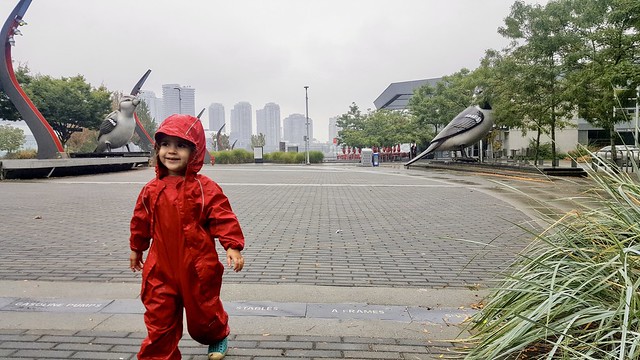 Needless to say we were overjoyed when the wind changed direction and started blowing cool, wet ocean air into Vancouver and cleared out the smoke.

The same week the smoke got bad, Emily was off on Cortes Island for a leadership retreat at Hollyhock. Being a single parent is hard, but we got through. It did lead to frequent conversations with Astrid:

Me: Mama’s on an island. She took a plane there. She’s coming home in a few days.

The day Emily was done her retreat, I let Astrid know that Mama would pick her up today. She was excited. Apparently she spent the whole day at daycare letting everyone know that Mama was on an airplane. Unfortunately the smoke cancelled Emily’s flight and she spent 12 hours getting home by car and ferry and didn’t arrive until 1 am. So I had to pick Astrid up. When I got there she was waiting at the door holding an airplane in her hands. It was cute and heart breaking. Thankfully no tears were shed when I explained, “Mama’s airplane is broken. Mama is on a boat.” 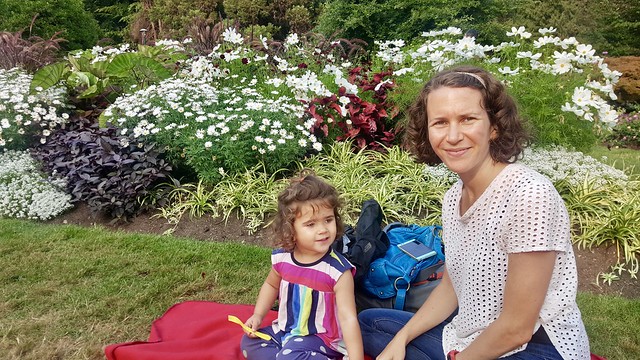 Other than the smoke-induced asthma, Astrid is doing well. She’s eating well, growing like a weed, and has become quite the chatterbox. She’s tall enough now that she can reach the number 6 in the elevator. She’s started asking a lot more questions and likes pointing at things and asking, “what’s this?”

Potty training is progressing with lots of triumphs and failures. She’s peeing in the potty at least once a day but there’s still a few accidents and she wears diapers at daycare. The biggest triumph was when we spent a half day at the aquarium wearing only potty pants, she went pee three times on a toilet, and we made it home without an accident. The biggest failure was one evening when she was eating dinner without a diaper or pants on (pretty common at home now) and she stood up while drinking water and peed in her food. 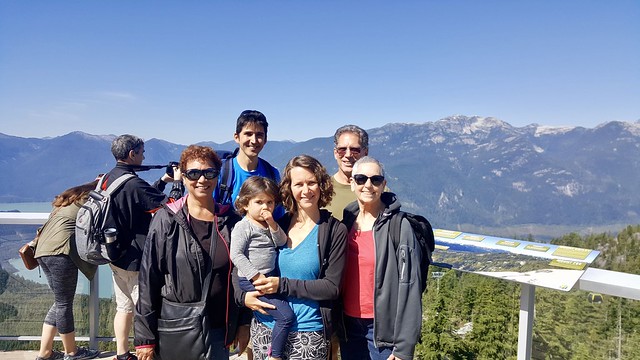 We spent the last week of August and the September long weekend with Grandma Bev, Uncle Rick and Aunt Toni. Astrid warmed up to the three of them really quickly. We spent one day up at the Sea to Sky Gondola and Shannon Falls and the long weekend on Galiano Island. 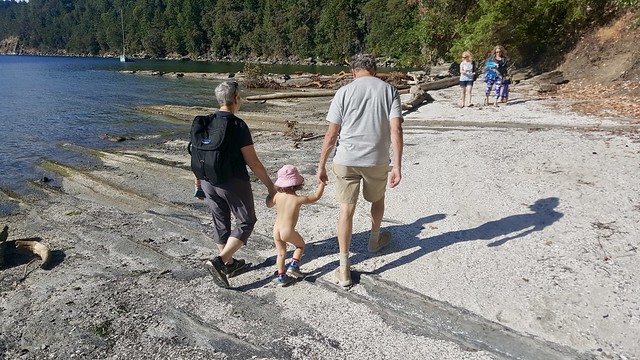 More pictures from August, the Sea to Sky Gondola, and Galiano Island. 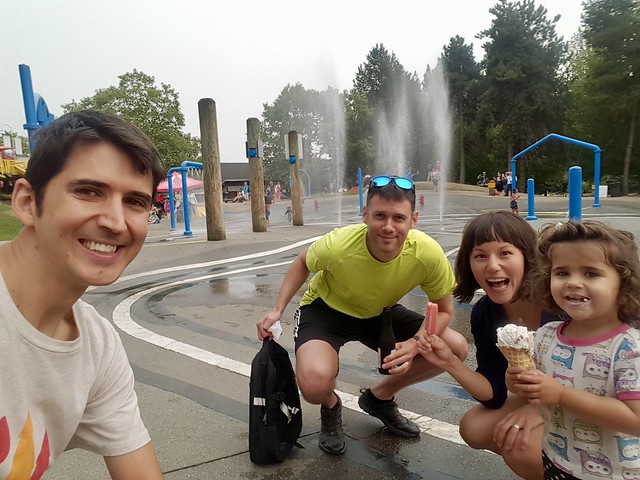 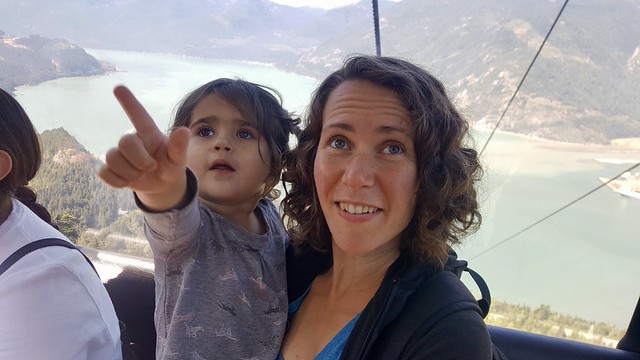