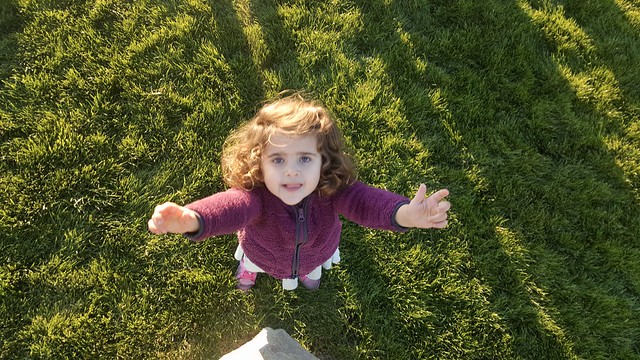 It’s November and cold and flu season is officially upon us. That means all the kids at daycare are snotty-nosed germ carriers now. Our doctor told us that Astrid would likely get her first cold in mid-September – two weeks after kids go back to school. And like clock-work Astrid got sick on September 14. Luckily the first cold wasn’t too bad and barely triggered her asthma. A few weeks later she had another cold which took longer to get over. The third (and most recent) moved quickly to her lungs. She was wheezing and coughing, and Ventolin was barely making a difference. So off to BC Children’s Hospital we went for Astrid’s 9th emergency visit for asthma. We’ve since started Astrid on a new asthma drug (montelukast) that we’re hoping will get us through the next 5 months of cold and flu season without regular hospital visits. It’s going to be a long winter. 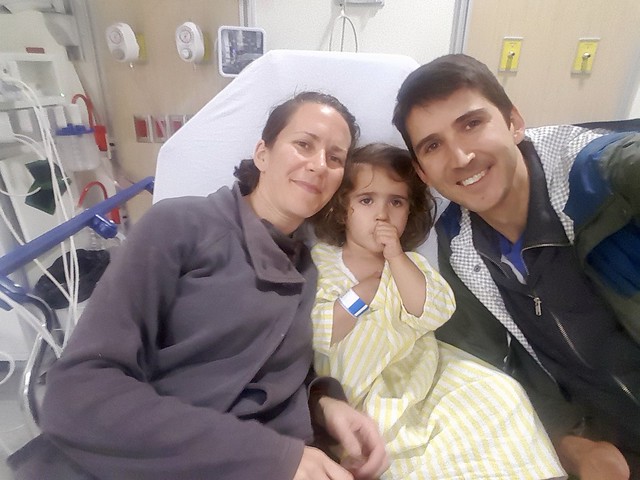 On the positive side, Astrid started gymnastics at the beginning of September and loves it. On Sundays, she gets to jump, swing, and climb for 45 minutes at the gym. Then she comes home does all the same moves in our living room with piles of pillows and our couch as a trampoline. She’s learned to do somersaults and has gotten much better at jumping with two feet and landing with bent knees. 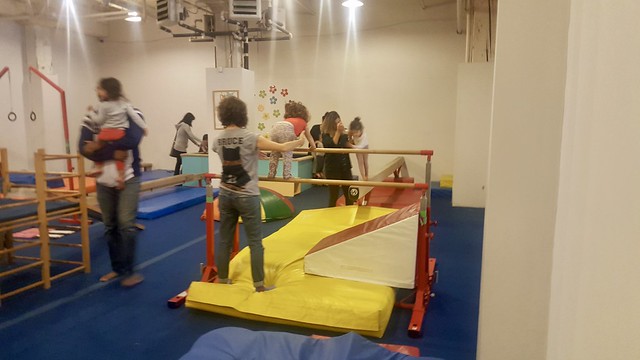 Astrid had her first dentist appointment and it wasn’t a complete disaster. I was surprised she let the dentist poke around in her mouth. The feedback was mostly positive (she has all of her teeth and no cavities). She needs to stop sucking her thumb before it causes lasting damage, and we should be brushing her teeth twice a day and flossing them too. There is little chance we’ll be able to floss her teeth, but we’ve been more persistent since the dentist that she actually brush her teeth, instead of just sucking on a toothbrush before bedtime. The thumbsucking is going to be a harder habit to break, but we’re working on it. 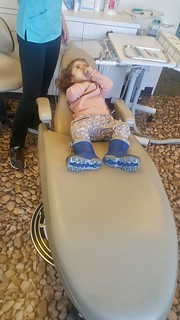 Astrid’s vocabulary has really exploded in the past two months. Unfortunately her pronunciation is lagging. We’ve gone from understanding 90% of what she was trying to tell us to 50%. Sometimes it’s like charades – “Astrid I don’t know what that means, can you point and show me?” She also likes to sing and make up new words to her favourite songs. 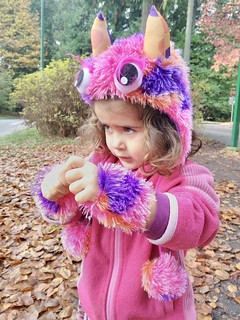 For Halloween Astrid dressed up as a cute monster. This is the first year she understood what was going on. She enjoyed the costumes, riding the ghost train in Stanley Park, decorating a pumpkin, making the hallway spooky, and going trick-or-treating. The hard part is now limiting how much candy she gets. Last year she didn’t eat any of it, but this year she knew what it was. We took away the really sugary stuff and have been letting her have one treat a night.

Loves: Jumping on the couch, running around with her daycare friends, building towers with blocks, helping daddy make pancakes on Saturday mornings, and her Mickey Mouse pajamas.

Hates: Getting her hair washed or brushed.

Mastered: Turning on/off the lights, putting on her jacket by herself.

Favourite expressions: “I no like it” and “my turn – 2 minutes.” 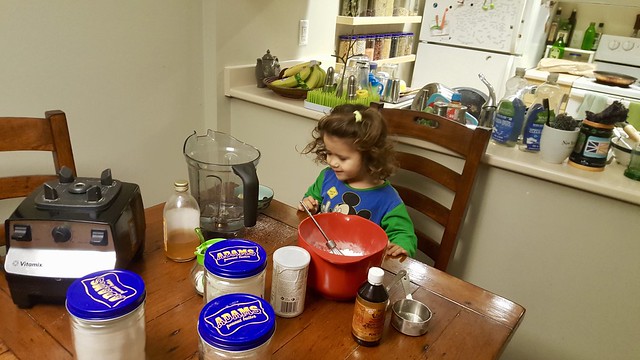 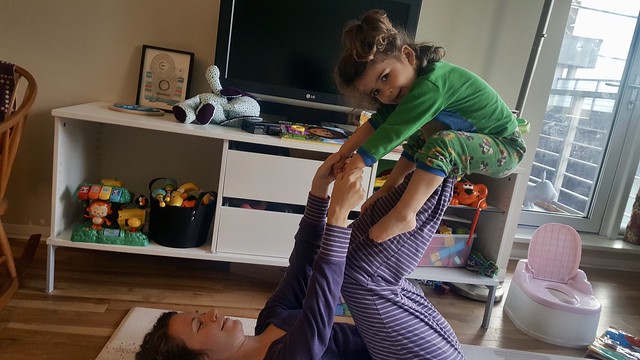