No Cars = No Problems

For those of you unfamiliar with Vancouver, the Granville strip is a 4 block stretch in downtown where most of the clubs and bars are located. It’s also the only place in the Lower Mainland where bars can stay open until 3 am, and in the past few years its become really popular, with a lot of people coming in from the burbs to party it up every weekend. Around 3 am the bars all empty, people pile onto the streets and fight for cabs (the Skytrain stops running at 1 am). Lots of booze fuelled fights break out and a huge police presence is needed to keep order. See this article for more background.

Until now. The new solution … banning cars. I’m still not sure why this worked. But over a busy long weekend, the cops banned vehicles on Friday, Saturday, and Sunday night.

Const. Tim Fanning said the “test-run” street closure in the entertainment district and an injection of additional officers resulted in just one reported fight and one partier arrested for being drunk in public on Friday night.

Police working the strip Sunday had nothing to report.

“That’s unheard of on a long weekend,” Fanning said. “The patrons down there loved it. It was like a big love-in.”

On the average weekend, police on Granville Street deal with an influx of 25,000 young people, handle 20 street brawls, witness 70 to 100 more fights and arrest approximately 20 people for being drunk in a public place.

Bar patrons said they felt safer, sidewalks weren’t clogged with people and officers had better sight lines, meaning they could see trouble brewing before it boiled over, Fanning said.
(The province)

The Liveable Blog and Price Tags have more.

I’d love to see that strip made into a pedestrian mall. Its something downtown Vancouver is really lacking right now. You could add some trees and cafes and make it a great place to hang out in the day and at night. Construction on Granville already means busses and most traffic is diverted to Seymour and Howe without any trouble. Now we just need to make it a permanent relocation. 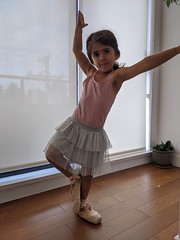