Backpacking India: One Month In 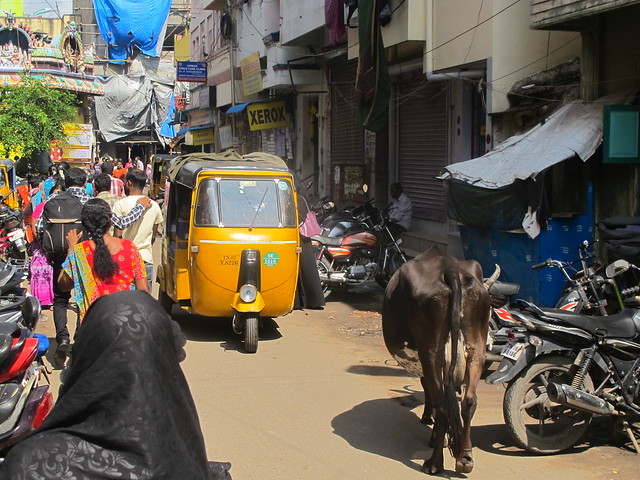 We’re one month into our 4-month trip through India and we’re getting into a good routine. We’ve figured out how to order South Indian food and eat it with our hands and how to walk down the street without being hit by a bus or stepping in cow shit. We’re used to sleeping on the hard beds and ignoring the aggressive rickshaw drivers and touts. And I’m getting better at walking by cows and monkeys without having to snap a picture, but it’s not easy – they’re so cute. 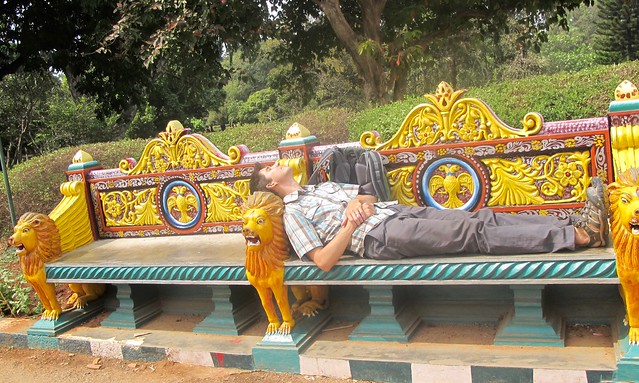 Our daily routine has been pretty relaxed. It may look like we’re doing a lot, but it is much slower pace than we’re used to. Our days start with a leisurely morning with an Indian breakfast. After that we will check out one sight or neighborhood and then grab lunch. Often we’ll retreat from the heat back to our hotel in the afternoon for a rest. After that we might check out another attraction before grabbing a late dinner. Indians tend to eat their meals later than Canadians and we’re starting to do the same. 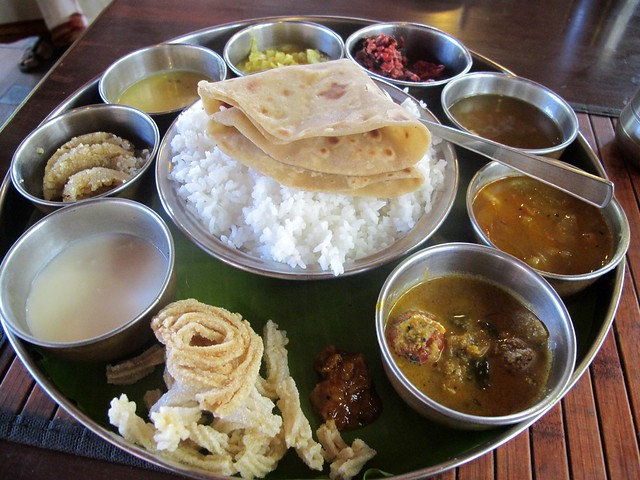 We eat Indian food for most meals. Our favourite breakfasts are dosas or idlies with sambar. I’ve lost count how many dosas we’ve had – easily over 50 (including 6 today between the two of us). For lunch we often get thalis – cheap, vegetarian combo meals involving rice, bread, rassam, sambar, curries, and a sweet served in small silver bowls that waiters will often refill as you empty them. For dinner, we’ll either have more dosas or get something adventurous. North Indian food is easy to find the south and very tasty. It is also the closest to what you would find in Canada, but much better. You can’t go wrong with dal (lentil), aloo (potato), bhindi (okra), bharta (eggplant), or gobi (cauliflower) dishes. We’ve also discovered gobi 65 (a deep fried cauliflower dish) and gobi manchurian (like cauliflower buffalo wings), sambar vadai (donuts in a savory sauce), stuffed paratha (like an Indian quesadilla), and chana bhatura (chickpea curry with puffy bread). There’s enough variety within vegetarian Indian food that we’ve rarely felt the desire to eat Western food, although we did enjoy a burrito and falafel while we were in Bangalore. In most cities it is common to find reasonable facsimiles of Chinese, Italian, and American fast food (minus the beef).

The food sometimes meses with our digestive system. We’ve been sick a few times, food poisoning and vomiting for me, traveler’s diarrhea for Emily, and a lingering cold for both of us. 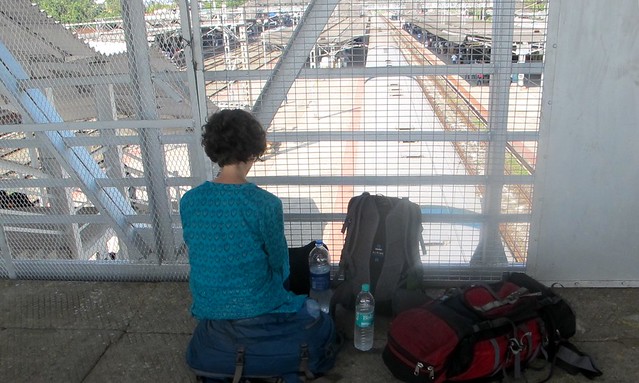 We have a rough itinerary of places we want to visit and have been reserving accommodation and transport about a week in advance. Now that the Christmas/New Year holiday season is over, it has been easier to book trains and hotele on short notice. During Christmas, train reservations are impossible and we had to rely on buses. We found handy websites to book our transport online – trains through cleartrip and buses through redbus. 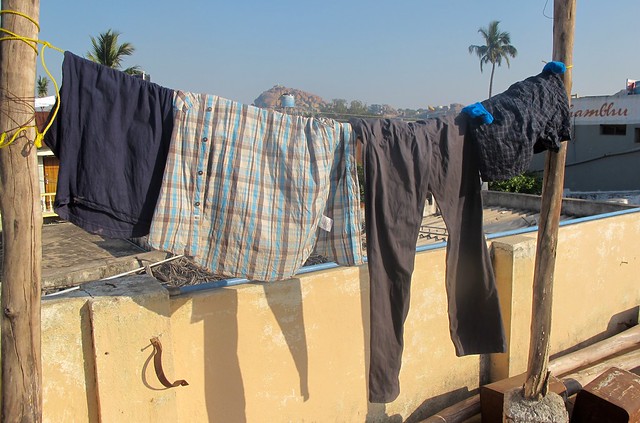 We have been spending 2-4 days in most cities. Long enough to see all the sights and have some downtime. We often hand wash clothing when we arrive in a new city so it has time to dry. We’ve tried using laundry services, but they charge per item, so it is not worth it for underwear or socks. 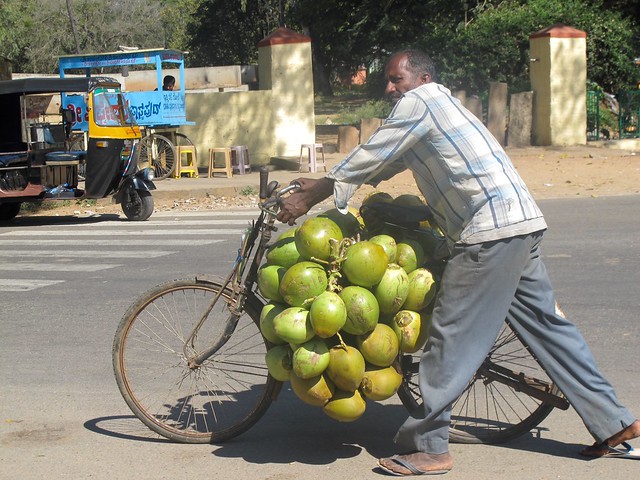 Of course, everything hasn’t gone smoothly. There have been frustrations along the way. Technology tends to break just when we need it. I’m on my second cellphone now. It’s taken a bit of detective work to disable all the cloud syncing on the iPad so it doesn’t grind to a halt. Most of our accommodation has had free WiFi, but the signal is either weak or the connection to slow to use. Google Maps has lead us astray a few times. 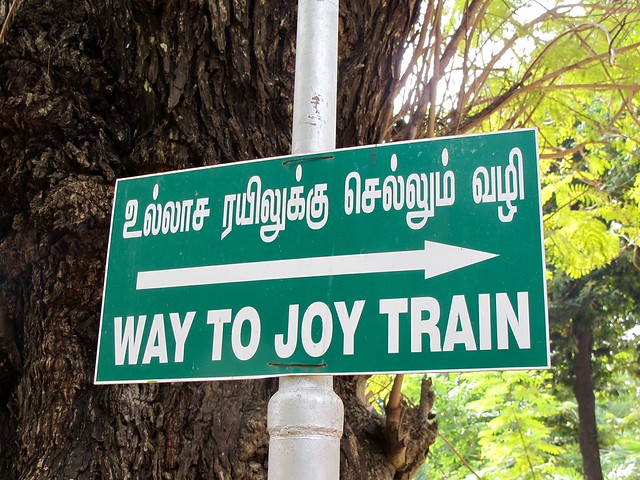 Getting around in general has been the most frustrating. We’ve had a number of angry encounters with rickshaw drivers trying to screw us over. The buses are confusing with little English signage. Google maps has transit directions in the big cities, but it has been more detrimental than helpful. We tend to walk a lot, even though there is rarely sidewalks. 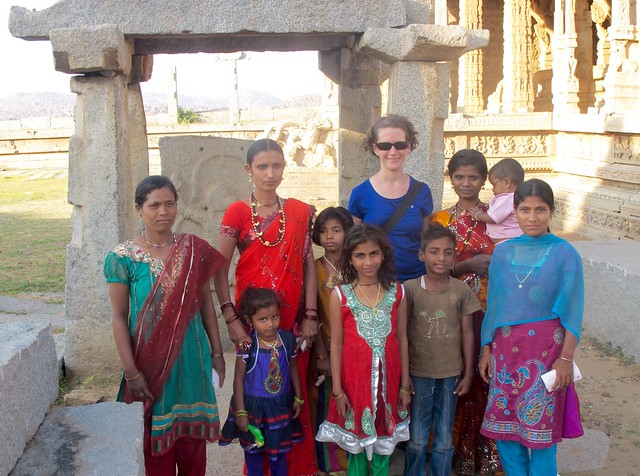 We don’t understand why Indians want to take their picture with us. The first time it was amusing. But some days we can be asked 50 times for a photo and some of the young men can get aggressive when we say no. It’s annoying, creepy, and borderline racist. It makes sense when it is someone we’ve talked to or had some interaction with, but usually it’s complete strangers. It makes it hard to enjoy some of the more popular sights when you’re being hunted by groups of paparazzis.

We’re slowly learning how to order food, but Emily was often frustrated early in the trip with large menus and no information about what the options are. At pure veg places we knew we could eat everything, but when we tried to order anything beyond the set meals or thalis we rarely had a balanced meal. Asking the waiters never helps because they just nod their heads.