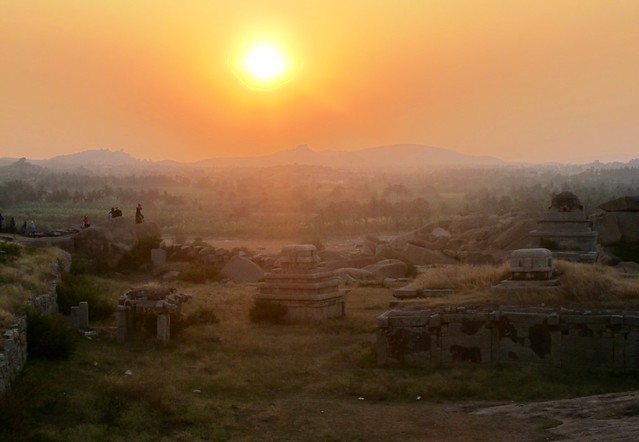 Hampi is the ruined capital of the Vijayanagar empire and my most anticipated Indian destination. It’s a fascinating place to explore, with sprawling ruins that offer brief glimpses of the empire that was once based there. In mock preparation for our trip to India, I played through a campaign as the Vijayanagars in the Civ-like video game Europa Universalis, uniting the Hindu states of South India and resisting the Muslim forces in the north. So I felt a nerdy kinship with the area and its former kingdom. 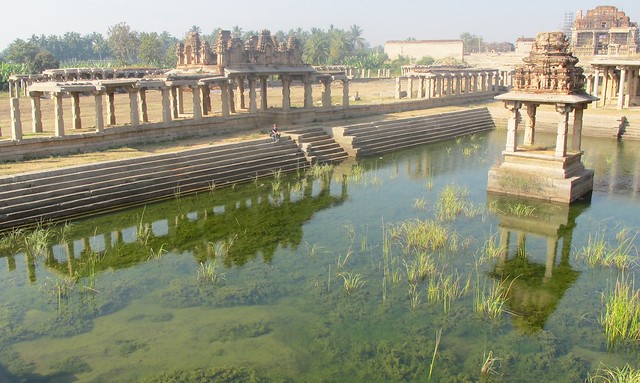 The landscape around Hampi is surreal. Hills of large broken boulders, palm trees, and rice paddies. Amidst it all is the sprawling ruins of the Vijayanagar empire and many temples. It took us 4 days to visit the main ruins, and we didn’t see everything. 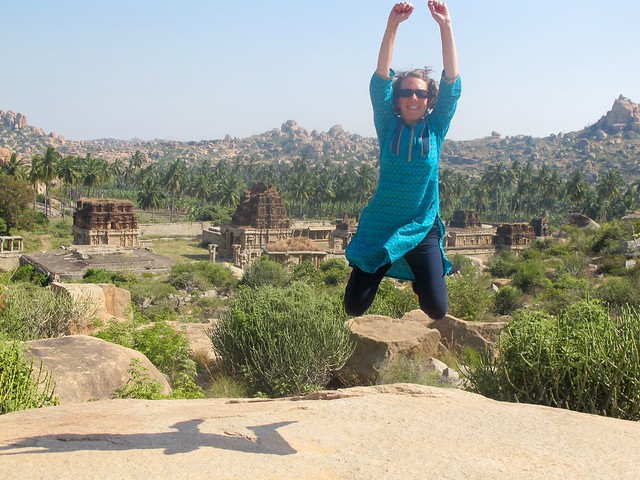 On the first day we walked around the sights close to town, including the active Virupaksha Temple with its resident elephant and gangs of monkeys, and the ruins nearby. My favorite ruin was the Achutya Bazaar. We were just hiking around aimlessly and we as we crested a hill there was this large complex spread out below us. Remarkably we were the only ones there wandering through the old buildings. Another group eventually showed up, but it was magical exploring on our own. 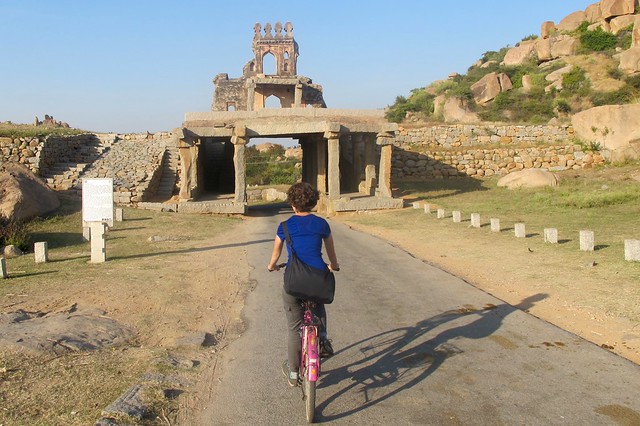 We also spent a day on pair of old, creaky single-speed bicycles exploring the impressive ruins of the Royal Quarter south of town. On our rest day, we did a light hike up to the top of Matunga Hill for a fabulous view of the rocky landscape and ruins in all directions. The steep cliffs gave me a fright, but it was worth it for the view. 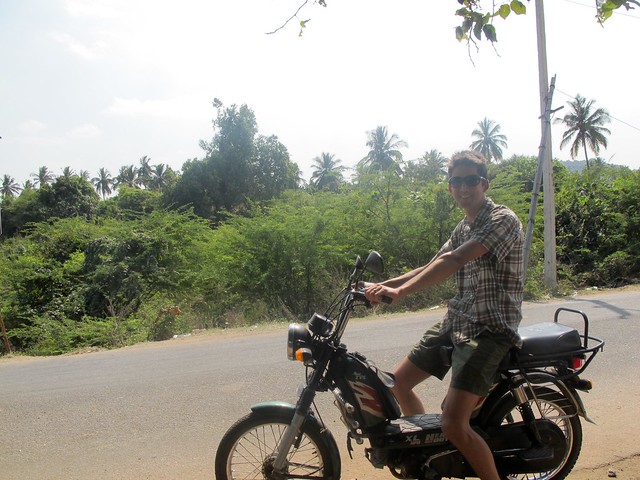 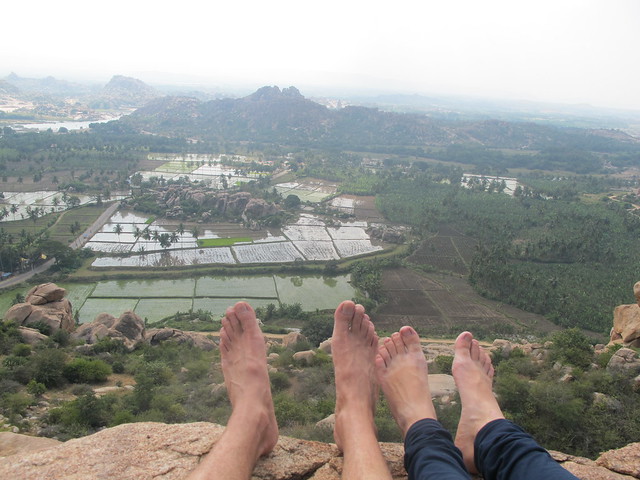 On our last day, we rented a scooter (more like a motorcycle) and explored the north shore. It was nice having some variety. The scooter was fun and allowed us to cover a lot of distance (much better than the beater bikes we used earlier). We zipped down the highway for a bit and also explored a dirt side road between rice paddies. Luckily, there wasn’t much traffic and I only had minor I injuries when we were done – some scrapes on my foot from trying to kick start the engine. 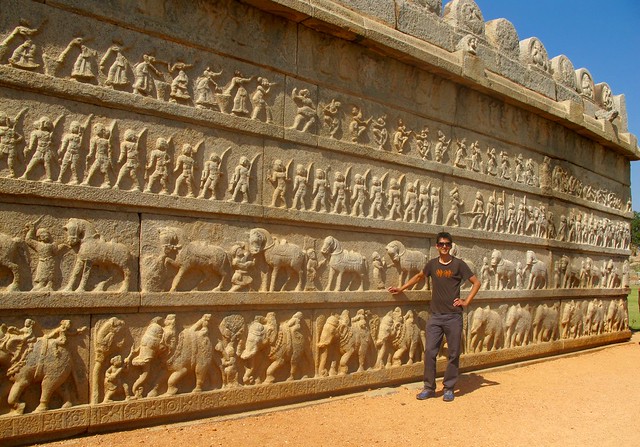 Hampi is a photographers dream and I took hundreds of photos, the best ones are on Flickr. Check them out. 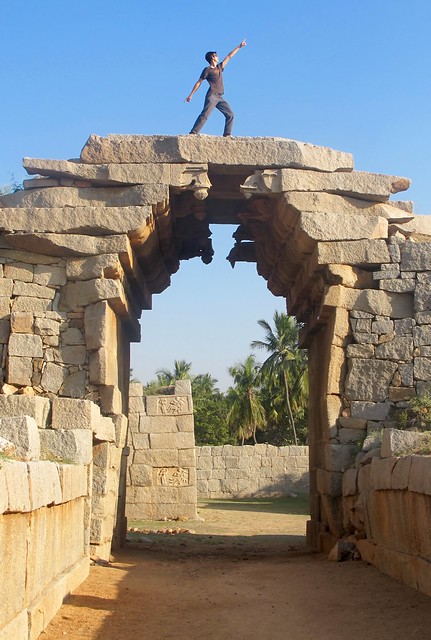 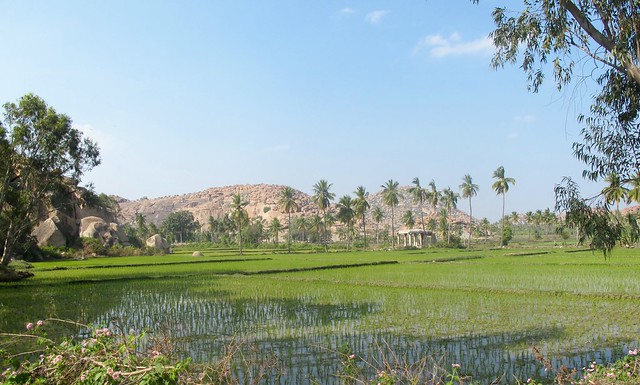 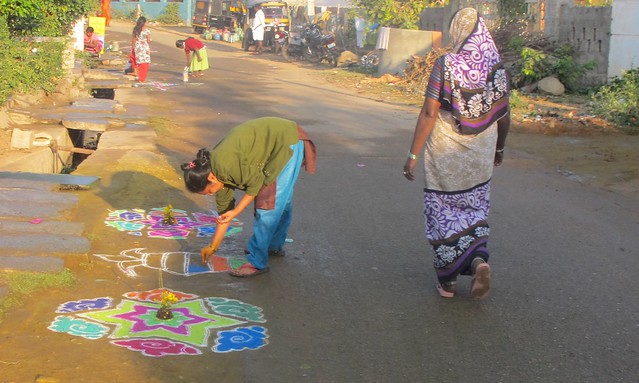 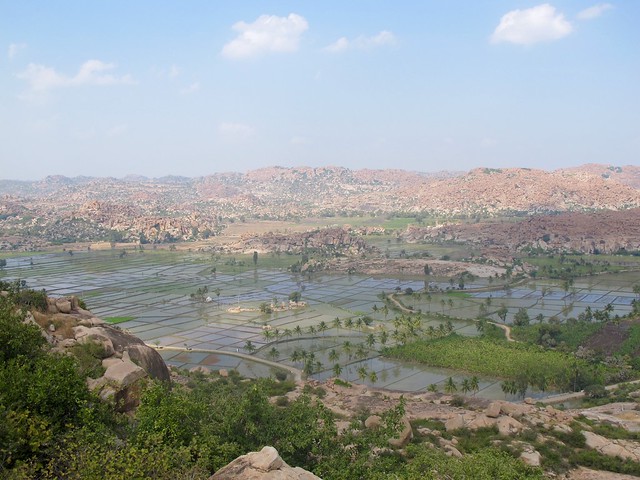