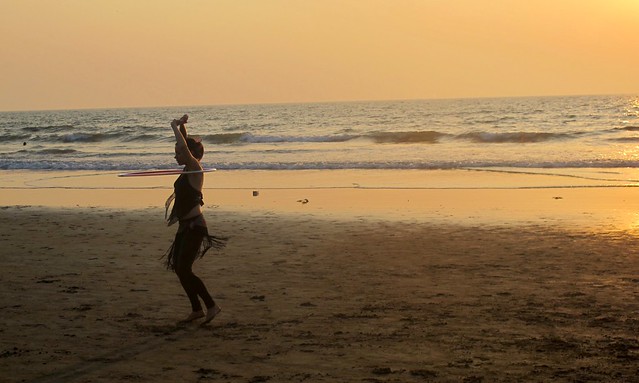 This week we finally hit the beaches of India. Our first stop was at the North end of the state of Goa, Arambol. Goa has a reputation that has changed over the years since it became popular with foreigners 20-30 years ago. We had heard that it used to be this untouched gem of beautiful beach that hippies had discovered and made their haven. But the word got out. Personally, I wasn’t expecting much because I heard it lost its charm. I was actually pleasantly surprised. Yes, there are tons of foreigners, many of which are visiting from Russia, and the beach is lined with restaurants and shops selling only what they think we want (french fries, pancakes, sarongs, flip flops, and techno beats). But we were very happy to take advantage of the expansive clean white beaches, cheap hut accommodation, and health-conscious food (organic, vegan, even raw) in a pretty hassle-free environment. 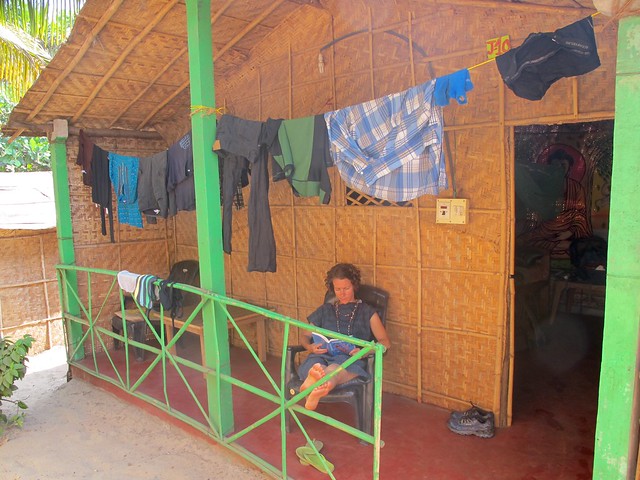 We stayed at the Laughing Buddha restaurant and beach huts. Our room was the cheapest we’ve had by far – probably because it’s constructed at the beginning of every season from bamboo with fabric featuring Buddha and Hindu gods decorating the interior walls. There is no insulation, so you hear pretty much everything around you: dogs, neighbours, restaurant kitchen, temple bells, music at your place’s restaurant, music from next door, music from down the beach … you get the idea. But you expect this from a hut on the beach that cost $9/night. What we didn’t expect was our own washroom with running water, mosquito net, fan, electricity, and a front porch with table and chairs. We were very happy that it cooled down at night (we even needed blankets), because it got pretty hot in there in the middle of the day. 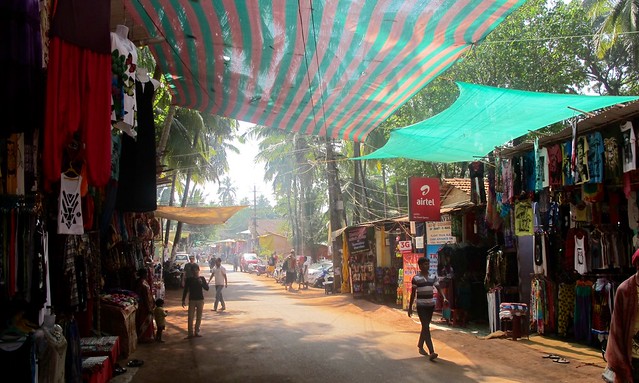 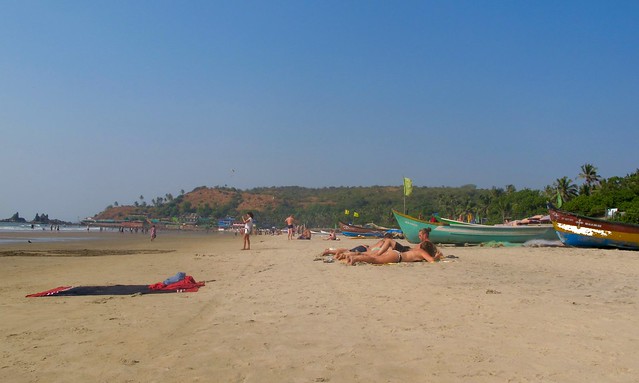 We didn’t do much other than read, swim, eat, and catch up on emails. Chris went for a run, we took a yoga class, and walked up and down the beach, which was especially nice at sunset. It was a nice change of pace from Hampi and some of our previous destinations. 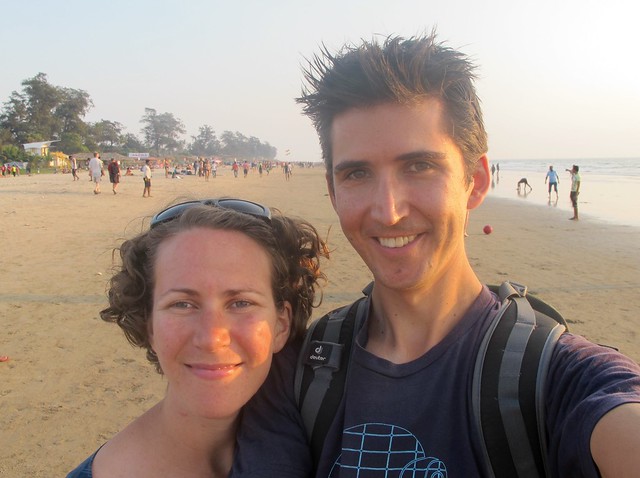 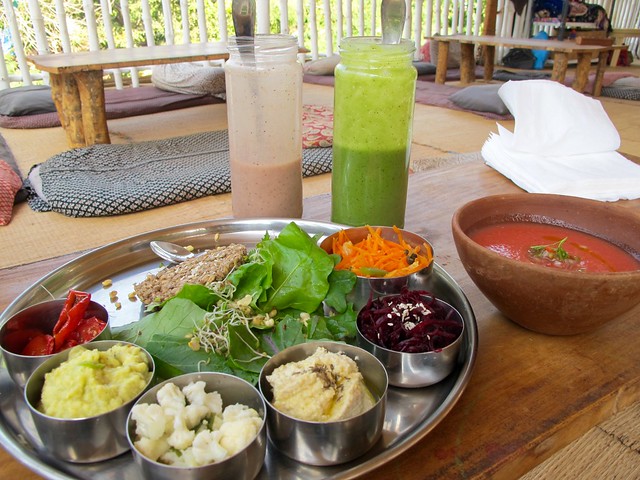 What we didn’t spend on accommodation we definitely spent on food in Arambol. I figure this Goan subculture must support an economy of organic farms (and hula hoop manufacturers) in the region. The most novel was the raw food and vegan desserts. Some of the main courses left us a little disappointed – guess our tastebuds are accustomed to the spicy flavours of Indian food. 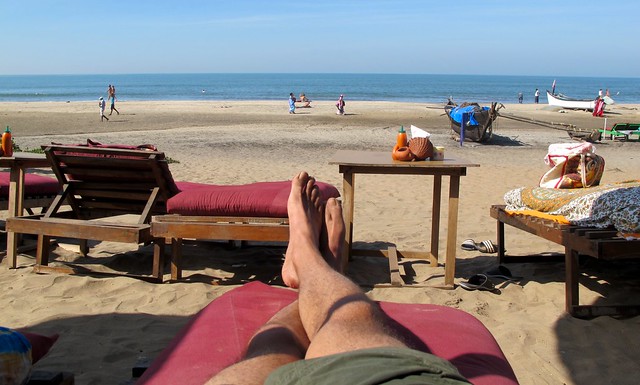 We’re off to Gokarna next for 5 more days of beach relaxation. It’s India’s Republic Day on Monday so we’re excited to see how they celebrate. 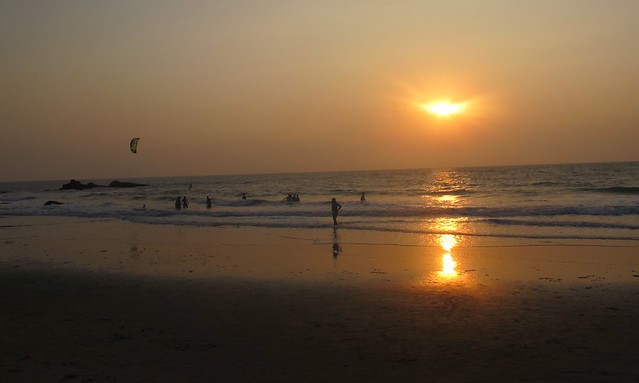 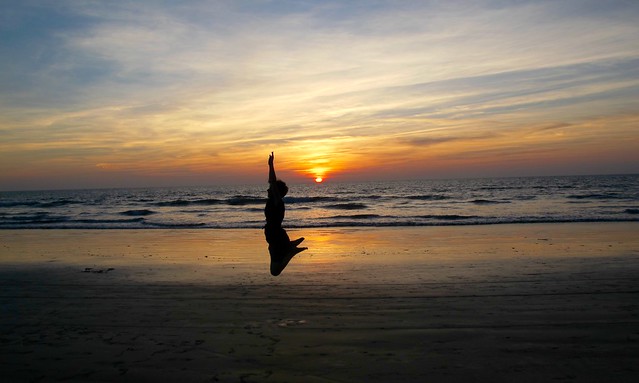