February 11th was the halfway point in our trip. Two months in, two months to go. Feels like we’ve seen a lot already, but we still have moments when we have to remind ourselves in disbelief that we’re in India.

We’ve made a few stops in northern India and are starting to get a taste for the region. We had been told that there are a lot of differences between north and south. So far, we’re finding some of them to be true and others not. The weather is different, the food, and our fellow travelers, but we’re not finding the touts and scammers to be more aggressive as we’d been warned. 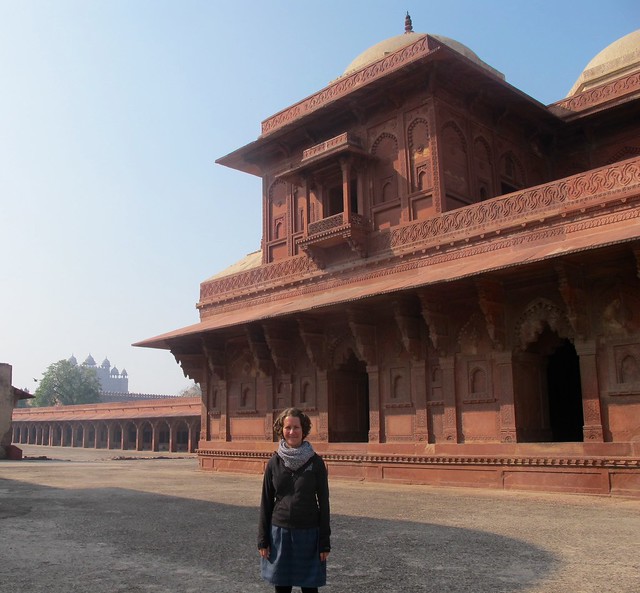 Agra was chillingly cold weather (at least it felt like that to us), but now we’re in the desert and it’s getting hotter fast (it’s dry and 33 degrees). I’m glad I didn’t buy a second sweater. It’s still reasonable at night and in the shade, which we’re very thankful for. But you really can’t do anything in the middle of the day.

Hindi is widely spoken amongst locals and that will likely be the case until we’re in West Bangal. So we’re finally taking the time to learn the basics. So far we have hello/goodbye, 1 to 5, OK, and thank you. Generally everyone is appreciative and actually seems to understand what we’re saying. Somehow it seems that people’s English is better too, probably because there are more foreign tourists. 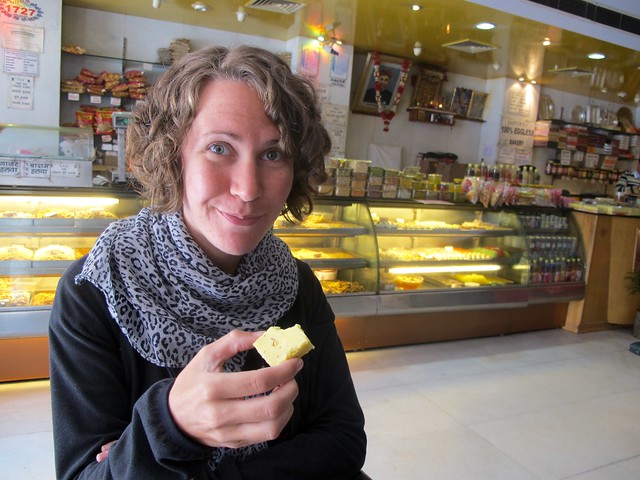 The food has changed – more wheat, meat, and dairy; less rice and fresh fruit juice. We’re happy that it’s still easy to find vegetarian food, but are having to be more vigilant about paneer. We’ve sampled a bunch of new kinds of deep fried bread and sugary sweets. Our favourite new kind of food is anything done in the tandoor oven, like tikki vegetables, kebabs, and naan. Tandoori is not just for carnivores in India. 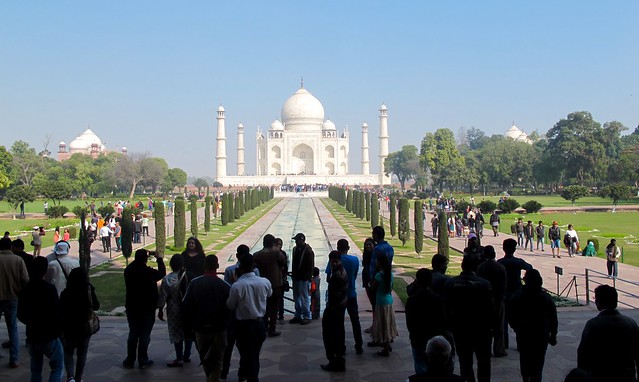 A lot more foreign tourists visit northern India, especially on short term trips (less than one month). This tends to change the dynamic of restaurants, activities, and sites. People are willing to spend more money because they are constantly converting to their home currency. There are more coach tour buses and quick ways to “experience” quintessential Indian things. But we’re generally on a different path (sometimes literally) than these folks except for some of the big, must-see sites. 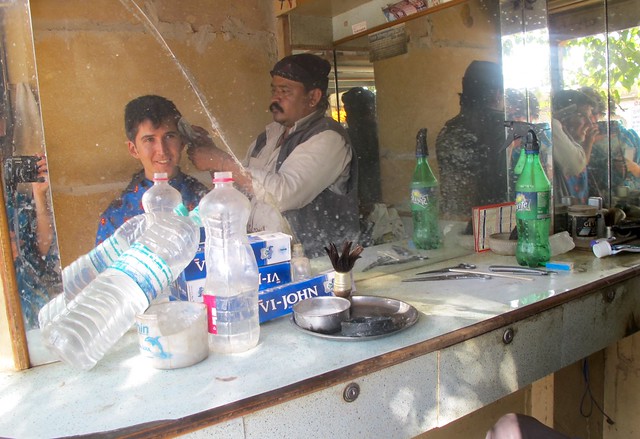 Our bodies and our belongings are managing to hang in. No more stomach issues (knock on wood), but we keep catching colds. I think I’m on my third and this one really knocked me out. Our skin is getting brown, or at least the tops of our feet and back of our necks. After a few weeks of looking pretty shaggy, Chris got a haircut at a roadside barber. Our clothes have mostly survived hand washing, wringing, and sun drying. Chris got his sandals sown up the other day where they were beginning to tear. We’re starting to take bets on which items won’t make it home – odds on favorites include Chris’s underwear and Emily’s sandals. 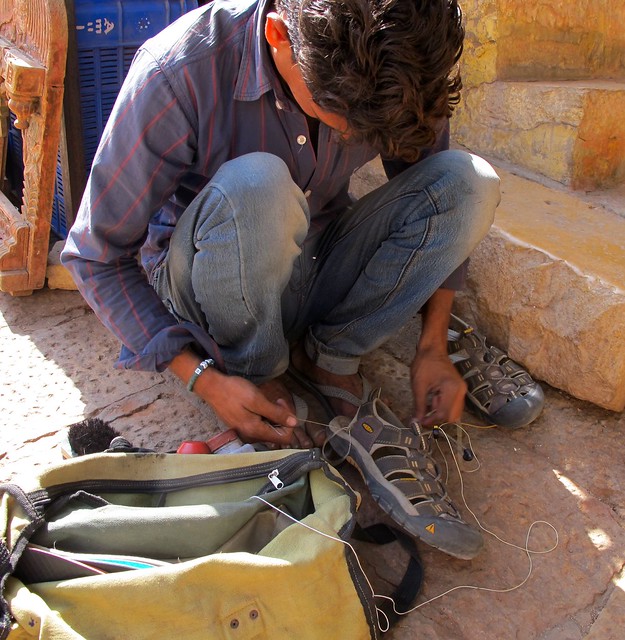 A few people have asked what our travel plans are for the remaining time. We have sketched out a plan to March 9 and then have some things we want to see with no specific dates. Our friend Dan is probably going to join us for 2 weeks which might alter our course slightly. This might not mean much if you don’t know India, but here is goes: