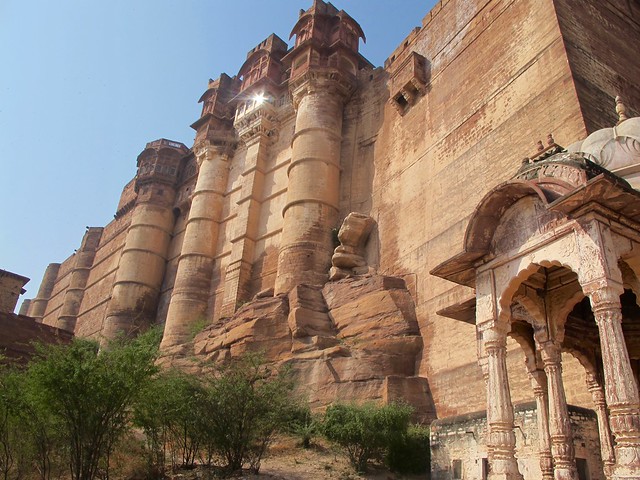 Jodhpur went by in a blur. Maybe it was the opium and marijuana lassi I consumed. 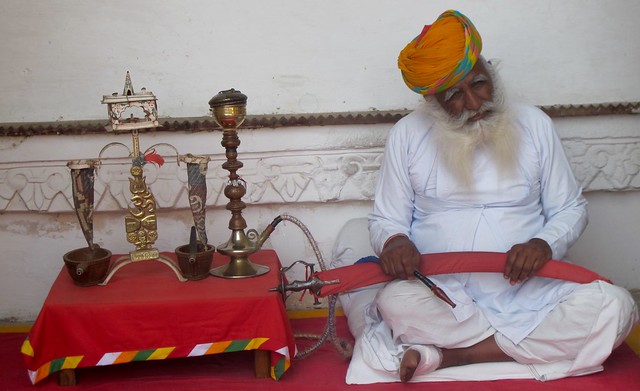 Jodhpur was a relaxing stop for us. When we arrived, Emily was running a fever, so we spent the day in the hotel. She slowly gained energy, but it was so hot during the day we never felt like doing anything too strenuous. 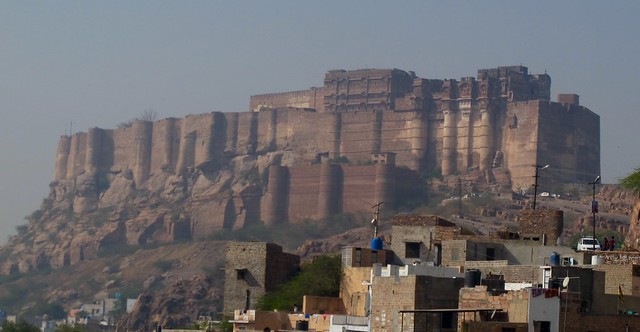 The main attraction in Jodhpur is the massive Mehranghar Fort – the most impressive fort in Rajasthan. It towers over the city and the blue painted houses below. The inside wasn’t as interesting as the Amber Fort in Jaipur, but it did have an excellent audio guided tour. 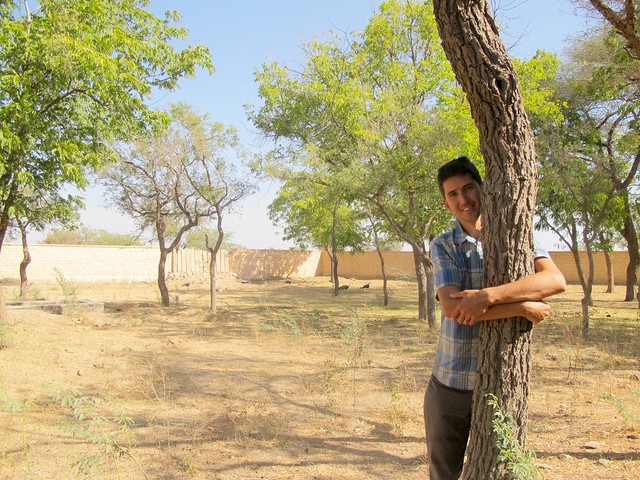 We also went on a car tour of the nearby Bishnoi villages. The Bishnoi are a local religious sect known for their fierce defence of plants and animals. They are real tree huggers and refuse to cut down trees. In 1730, a confrontation with the maharaja over tree cutting lead to 363 Bishnoi, led by the women, sacrificing themselves to protect the trees. As a result of their sacrifice, no tree cutting is allowed in the area to this day. 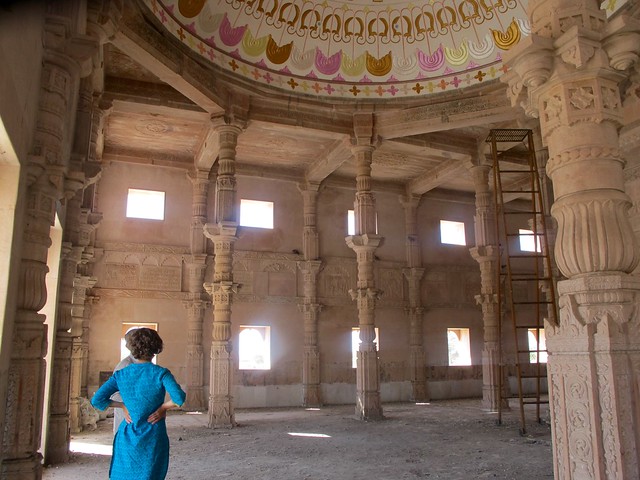 The tour wasn’t great, but we visited a new Bishnoi temple under construction (the first new temple we’ve seen in India) and a memorial to the 363 Bishnoi who sacrificed their lives. We met a local family and shared some ceremonial opium – ingesting a piece too small to cause any high. We also had demonstrations from traditional potters and weavers, and then got ushered into their gift shops, of course. We bought a nice block printed table cloth. 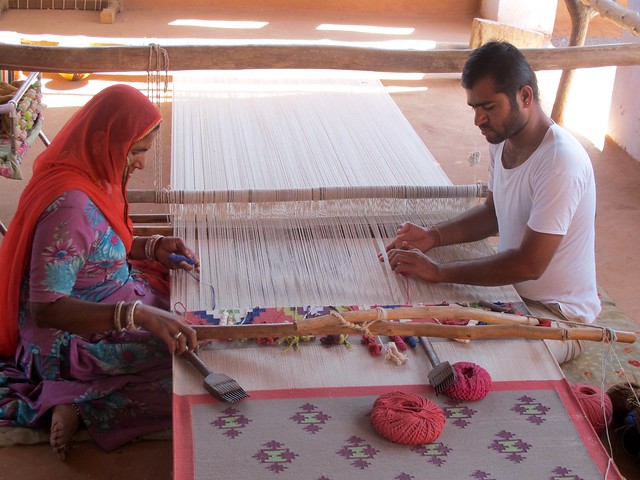 The neighborhood we stayed in was out of the tourist area and the local kids took delight in circling us whenever we walked by. They convinced me to join their pickup cricket game one afternoon. I enjoyed it, but I need more practice before any of the big kids invite me to play. We also got drawn into the big Shivaratri festival. When walking to dinner a group of young kids ran by and sprayed my face with a perfumed water. I thought they maced me at first, but it didn’t sting and they offered me nuts and dried fruit once the hazing was over. On the way back, a group of young men, partying at a temple with a rocking sound system, got a little too excited when we walked by. It was intimidating at first, but they really wanted to share their culture with us. They gave me a milky drink, that they assured me was just a regular lassi. I’m pretty sure it was a bhang lassi (made with marijuana), which is traditionally consumed during religious holidays. I didn’t consume enough to get a buzz, as I was more worried about the lactose. All the religious fervor is just a taste of what we can expect during Holi (the colour festival) in a few weeks. 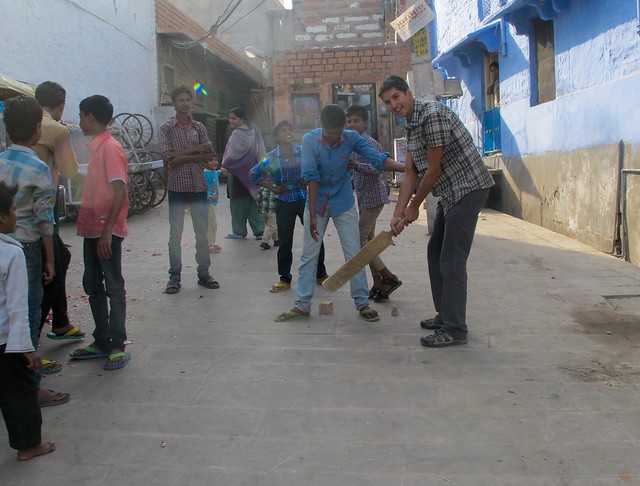 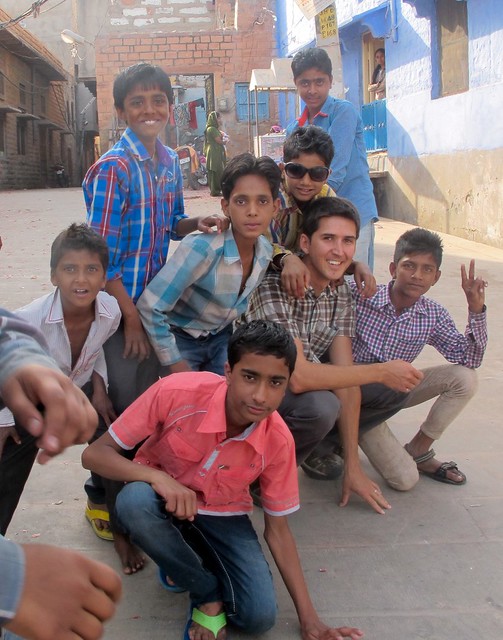