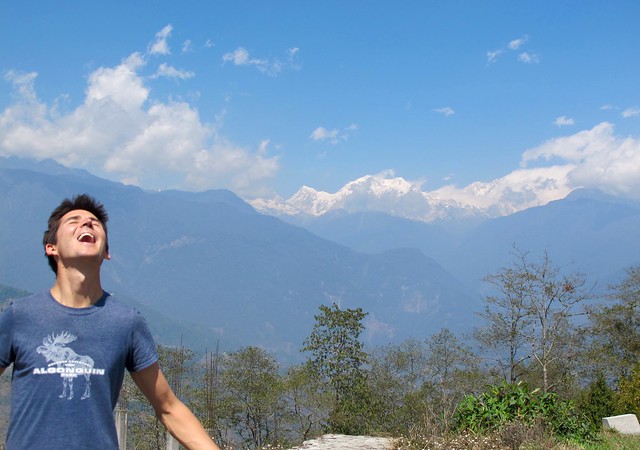 Sikkim is a small Indian province between Nepal, Tibet, and Bhutan with some spectacular Himalayan mountains. We spent 5 days enjoying the unique culture, eating momos, visiting Buddhist monasteries, enjoying the mountain views when it was sunny, and drinking millet beer when it was thundering and hailing outside. 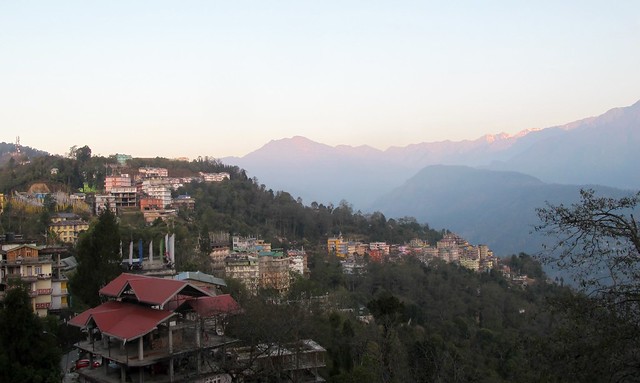 We expected it to be cold and snowy but the temperatures were warmer than Darjeeling, probably because the places we visited were at lower elevations. We did a tour of the towns in West Sikkim, spending time in Pelling, Yuksom, and Tashiding. 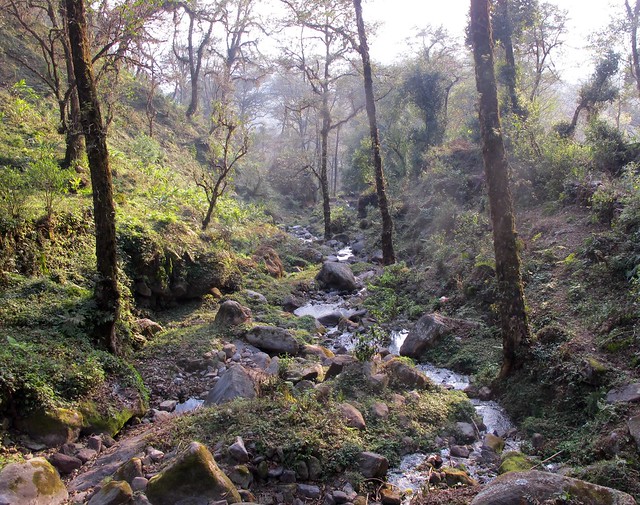 We liked Sikkim. The weather in March wasn’t great, but when it was clear there were great views of the towering Himalayan mountains like Kanchenjunga. The food and culture are very different from the rest of India, with strong Nepalese influences. The main tourist attractions are the Buddhist monasteries that seem to occupy the top of every peak and trekking. We didn’t do any overnight treks, but spent most of our time walking to monasteries and other sites. There is a hike between Yuksom and Tashiding that passes by three monasteries and takes 5 hours that is apparently worth doing. You can send your luggage by jeep so all you have to carry is a day bag. Unfortunately, we didn’t find out about it until we arrived in Tashiding. Although that might have been for the best, as it thundered and hailed while we would have been hiking. 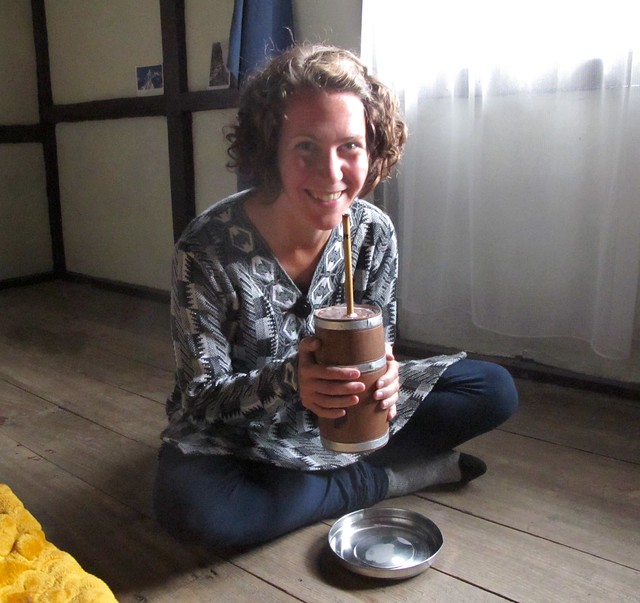 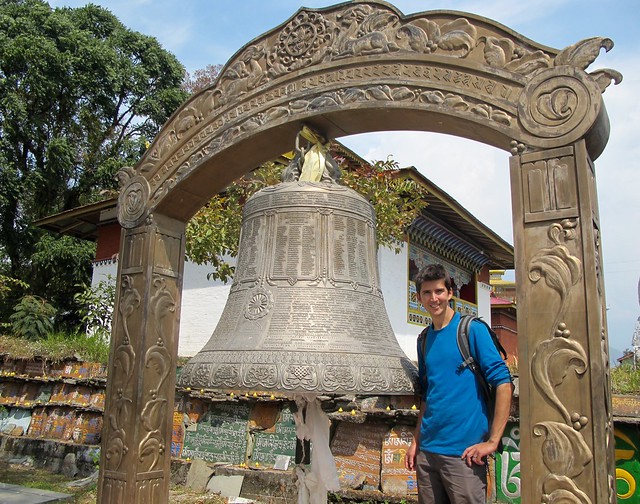 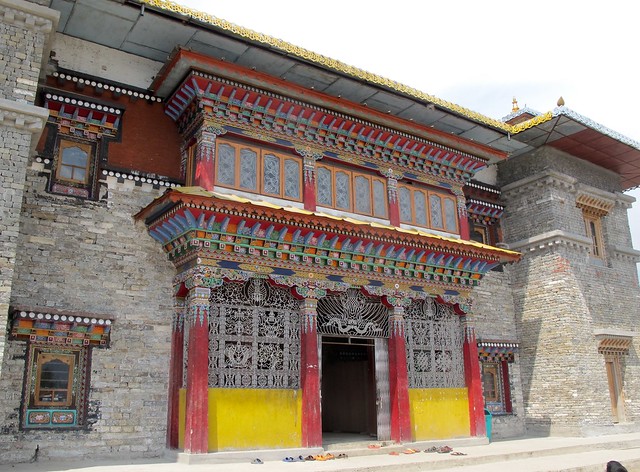 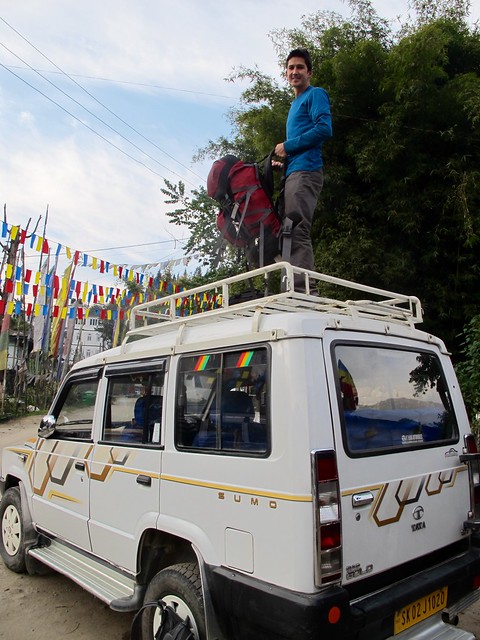 Traveling around Sikkim was an adventure in itself. There aren’t any trains and few buses. The main mode of transportation is shared jeeps that drive between the towns. Some have schedules, but most just wait until they are full (10 passengers plus the driver) before leaving. The roads are steep and bumpy and even though the distances between most towns is less than 30 km, it took hours to get anywhere. Traveling between Darjeeling and Pelling involved 3 shared jeeps. 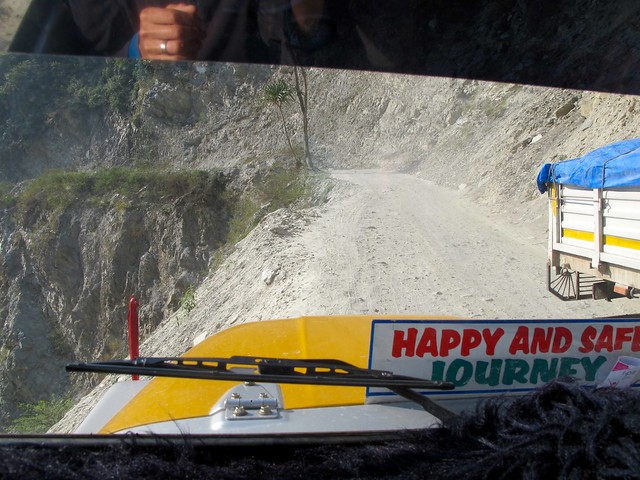 Getting into Sikkim
Foreigners need permits to enter Sikkim, which we were able to get in Darjeeling. It is free but time consuming to get. First we had to show our passport and fill out a form at the Foreign Registry office near the clock tower. Then we had to walk 20 minutes across town to the District Magistrate Office and get our passport stamped and get an official entry permit. The office is only open Monday-Friday until 4 pm and we showed up with 2 minutes to spare on Friday afternoon. Our guidebook said we needed extra passport-sized photos, but no one asked for them. Our entry permit allowed us access to the main southern towns of Sikkim for 15 days. For more you have to get another permit in Gangtok. Upon entering Sikkim near Jorethang, we had to show our passports and entry permit at a border check.