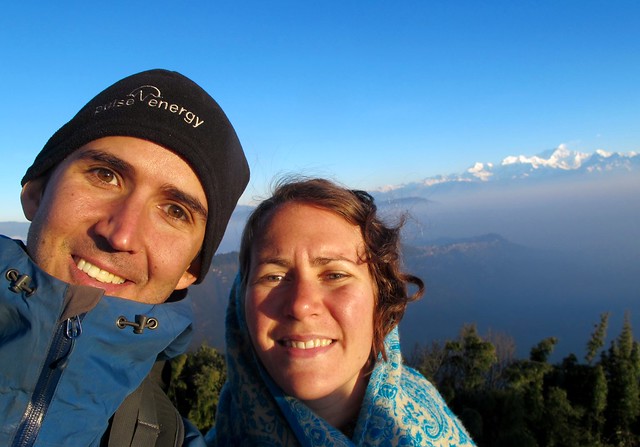 Darjeeling is the famed British hill station and tea plantation centre. It is also a good base for trekking in the Himalayas and exploring Sikkim. As such, our time in town was split into three visits and by the last one we had finally got a feel for the city that vexed us on our first visits. 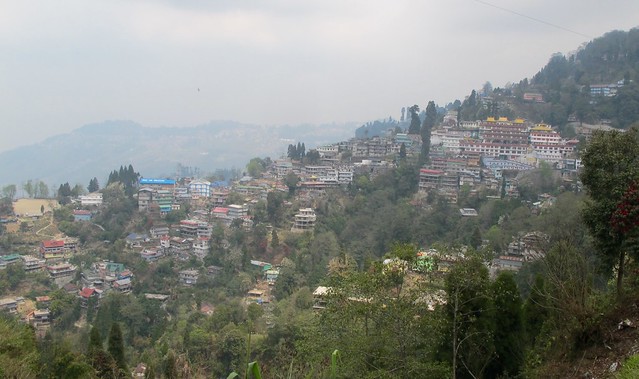 We arrived in Darjeeling in the back of a shared jeep that winded up bumpy switchbacks and made me motion sick. We then spent an hour wandering hopelessly lost with our big packs on, trying to find the Vodafone store (to get a new simcard) and our hotel. Navigating in Darjeeling is extremely difficult. Maps fail to show the elevation or hidden staircases that connect the twisting streets. Even asking for directions, it felt like we were sent in circles, going up and down hills. 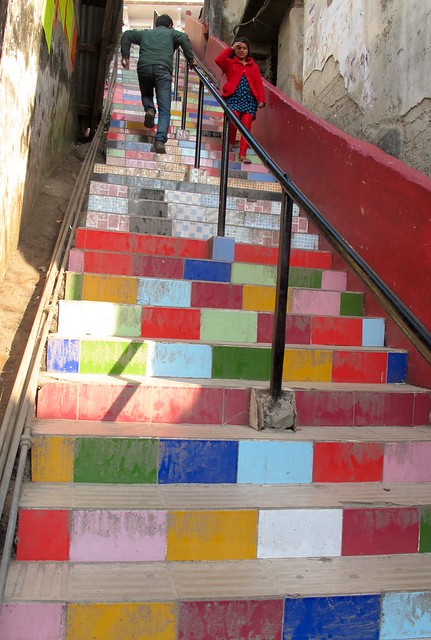 Darjeeling is a fascinating town. It is perched on the top of a mountain, at over 2000 meters above sea level. It’s cleaner than the rest of India and many of the upper streets, like The Mall, are car-free. Local porters, with stooped backs and heavy loads strapped to their foreheads, are a common sight as they deliver packages to businesses. 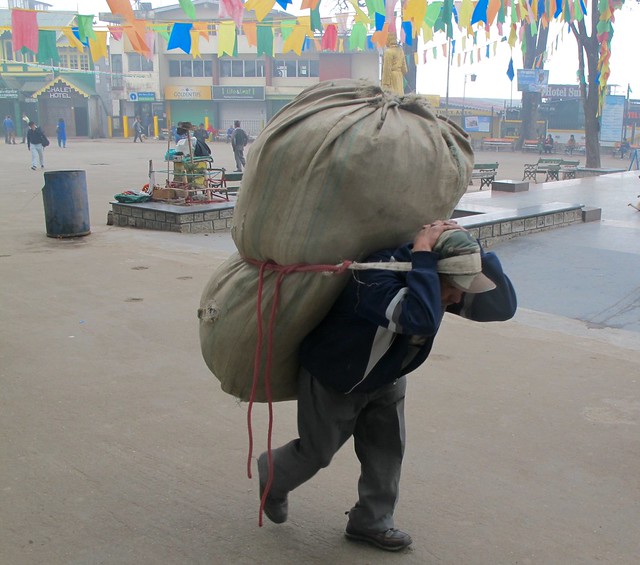 Even though the British are long gone, Darjeeling revels in Western culture more than anywhere else we’ve been in India. We heard more 80s soft rock than Bollywood tunes and the main shopping strip features a Glenary’s bakery, Frank Ross Chemist Shop, and Oxford book store, all of which look preserved from the 1950’s. 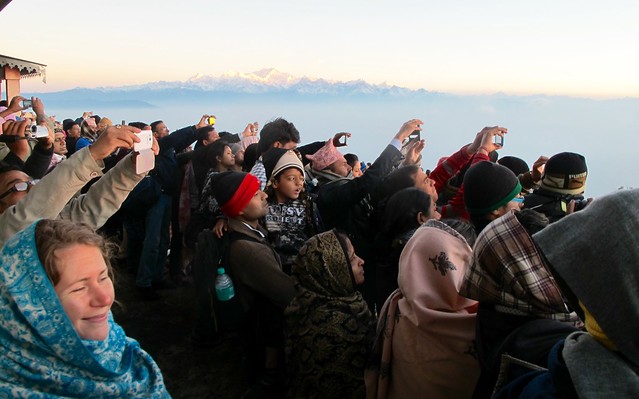 Darjeeling has amazing views of the neighbouring Himalayan mountains, especially Kanchengjunga (3rd highest in the world). Our guide book recommended getting up at 4 am and taking a shared taxi to the top of Tiger Hill to get an amazing view of the sun rising over the mountain. It seemed awfully early, but we set an alarm anyway. We layered up as best as we could (we didn’t pack a lot of warm clothing) and tried to leave our hotel. The doors and gates were locked tight and we couldn’t wake anyone with knocking. We thought of going back to bed, but instead decided to break out of our hotel. From an inner courtyard, we found a spiked gate that we were able to climb over without killing ourselves and escape onto the street. An hour later, after many Eagles and Bon Jovi tunes, we arrived at Tiger Hill which was packed with tourists. However, the sunrise views were epic as promised. At the time we didn’t realize how lucky we were, but every other day we spent in Darjeeling was cloudy and the mountains were impossible to see. 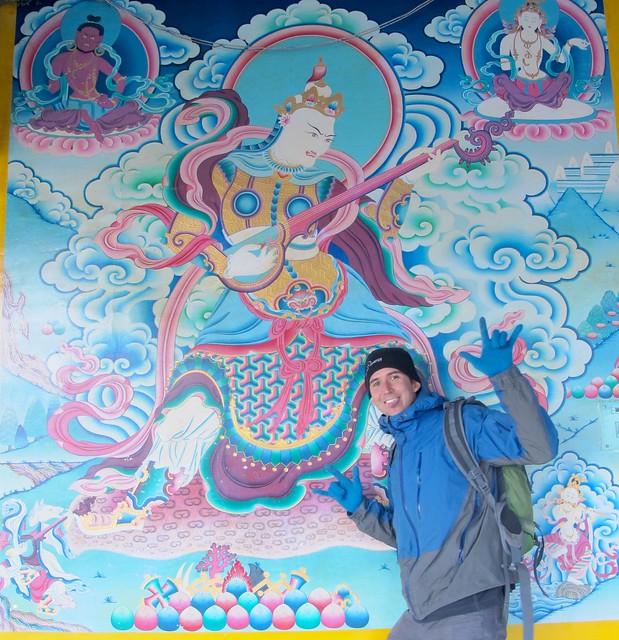 The cool temperatures and mountain views were originally what attracted the British to the area. They loved coming here in the summer when temperatures in Kolkata were over 40 C. But in March, it feels more freezing than refreshing, and after our dawn adventure we realized we lacked the proper clothing for the mountains, especially for trekking. We spent our first day shopping for wool socks, sweaters, scarves, and mitts. We probably went a little overboard and now a third of my pack is taken up by a heavy fleece sweater and thermal underwear that will be useless in Kolkata and Delhi, but I might get to use them again when we visit the mountains north of Delhi in a few weeks. 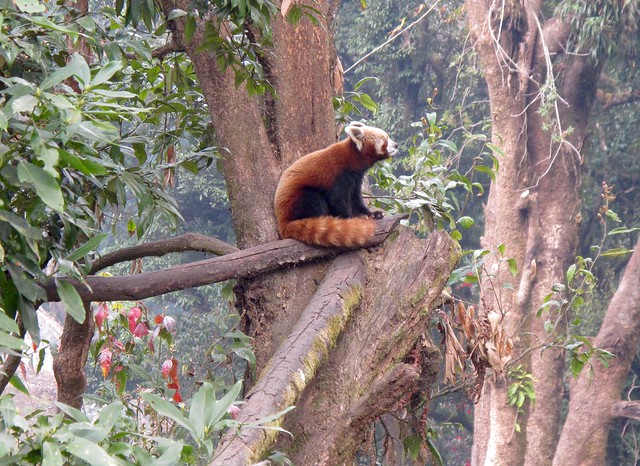 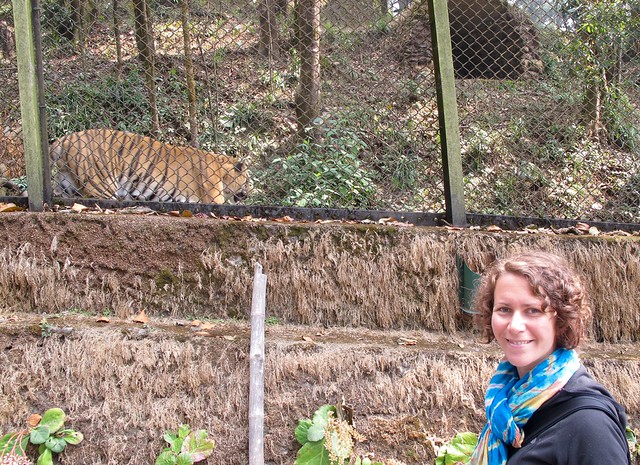 Darjeeling has a great little zoo and mountaineering museum. The zoo is home to many endangered local animals, like red pandas, snow leopards, and Himalayan wolves, and is famous for its breeding and conservation programs. They also have a majestic Bengal tiger. The Himalayan Mountaineering Institute museum is co-located with the zoo and has a fascinating exhibit on Everest expeditions, including a lot of info about Tenzing Norgay, the sherpa that summited Everest with Sir Edmund Hillary. 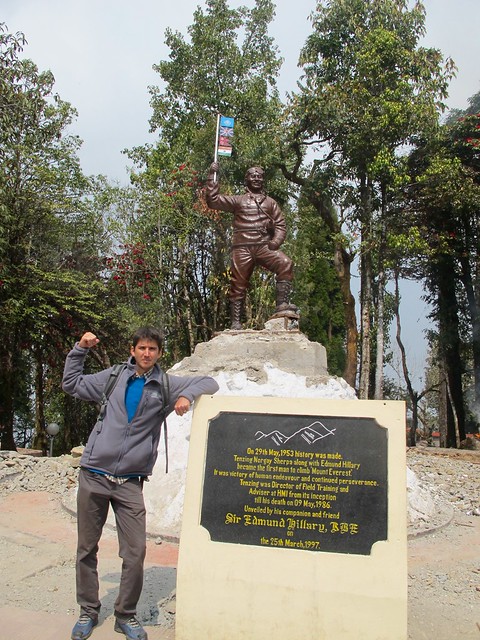 For our 3 year wedding anniversary, we splurged a little and got a room at the Little Tibet boutique resort. It was worth it for the romantic dinner, modern washroom with little soaps and lotions, and a comfy heated bed. You know we’ve been traveling for too long and staying in budget accommodation when free shampoo gets us excited. 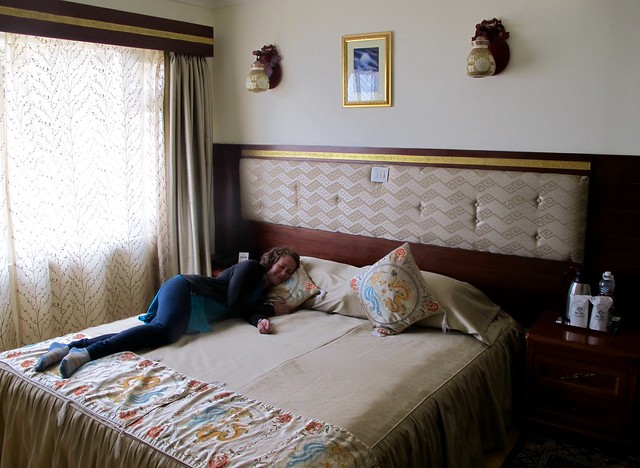 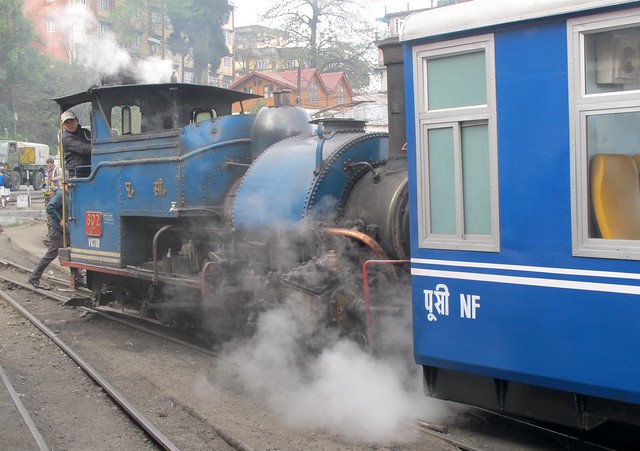 A trip to Darjeeling wouldn’t be complete without a stop at a tea plantation, so we spent a day and night at a homestay at the Makaibari tea estate. We took the Darjeeling Himalayan Railway toy train down to Kurseong, which is as far as the train currently runs since a landslide wiped out the tracks further down the mountain in 2010. The train is slower than taking a jeep but a much more pleasant ride. Unfortunately my camera lens jammed during the train ride, so I only have a few cellphone photos from the tea estate. It’s a beautiful place. We went on a factory tour and learned how tea is made and what the difference between black, green, oolong, and white tea is – they’re all made from the same leaves but go through different rolling and fermenting steps. But the most informative and interesting part was staying in the home of a local family. Our host, Bomaka, cooked us meals and we spent time chatting with her and her kids about our lives and theirs. I even spent an hour helping her son with his computer science homework. I loved it. 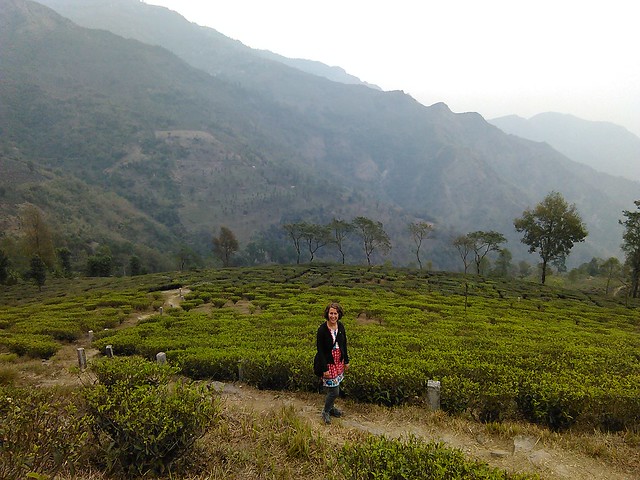 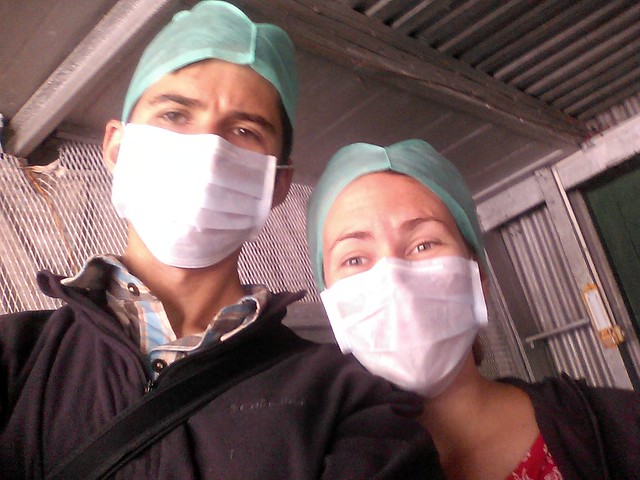