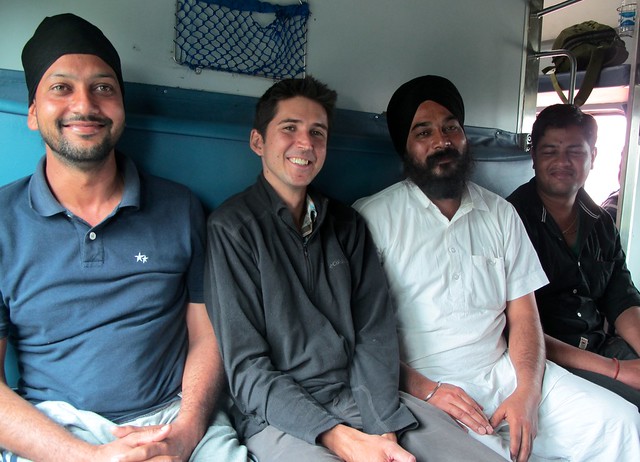 So many of our memorable moments in India have occured while traveling between cities. We often travel cheap, so that means a lot of time in shared jeeps, buses, and trains, and a lot of interesting interactions with locals. Our day traveling from the Makaibari Tea Estate to Kolkata was one of the wilder days.

To start, we didn’t have a confirmed train tickets to Kolkata. A week ago we decided to prepone our visit to Kolkata by 2 days when our trek was cut short, but the trains were all sold out. Most trains have a few seats reserved for foreigners like us who plan their trip last minute, but you can only buy them in person at big train stations and Darjeeling doesn’t qualify. Without white privilege on our side, we had to take our chances on the wait list with everyone else. We weren’t sure what our chances were of getting seats. We started out in position 18 and 19 and had moved up to 11 and 12 on the day of the train. We had hoped we would find out the night before if we got tickets, giving us time to execute a backup plan if we were unlucky, but we didn’t find out until 3 pm, a few hours before the train departed. When we got the email and text message notifying us we had seats, we were standing in line at the station trying desperately to book an alternative. We were extremely lucky to get tickets. Our seats were in carriage BEX, a special carriage added to the train for the Eastern Railway Trekking Club but with a few extra seats given to wait list passengers.

Getting to the train station was a bigger adventure than getting the train tickets. After lunch at the tea estate, we flagged down a passing shared jeep heading to Siliguri. There was only one seat left in the back benches, but the money collector jumped out and rode outside, one foot on the bumper and one on the spare tire, with his hands clutched to the roof rack for the rest of the twisting, bumping ride down the mountain. I was worried about him whenever we hit a bump or swerved to avoid another vehicle, but he seemed to be enjoying himself. Shortly after we took the last two seats (facing sideways in the back benches), we picked up two more men who found a way to squeeze in the back next to Emily and I, and firmly sardine us in. It was the most uncomfortable 90 minute ride of my life. We picked up a few more passengers, but luckily they sat on the roof and hung from the back instead of climbing onto our laps. At one point I counted 18 people in/on our jeep, which is normally full and cozy with 10.

In Siliguri, we extracted ourselves from the human compression chamber and climbed into the back of a shared rickshaw to the train station. It was surprisingly comfortable by comparison, with only 6 passengers squeezing in. Every time someone left our driver would wait and troll around for someone new to take her place. Standard practice in India, but I think one of the passengers got annoyed with the frequent delays. At least I assume that was the gist of the 30 minute angry Hindi yelling match that ensued between him and the driver. The passenger was literally frothing at the mouth and spitting red beetlenut on my pants. The driver was freaking out and spent more time looking back at us then at the road ahead. The other passengers were either amused or annoyed by the argument, but didn’t say much. Eventually the irate passenger jumped out of our moving rickshaw and our angry driver swerved over to confront him. I assumed it was going to turn into a fist fight, but they just yelled at each other for another few minutes and shockingly the irate passenger paid the 20 rupee fair and we drove off, our driver still cursing, but with no one responding. 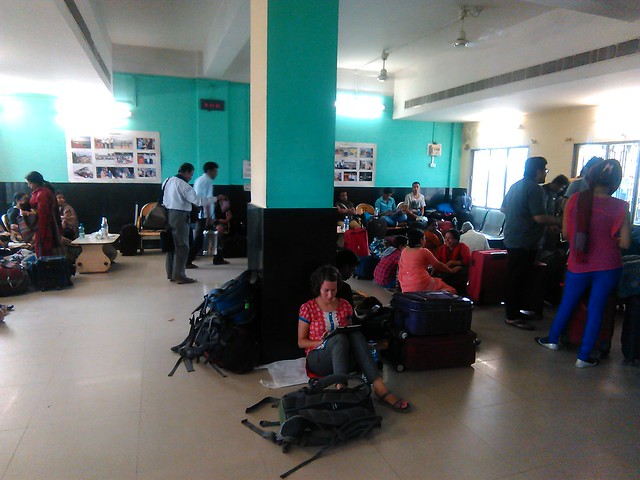 Good thing we had five hours to sit around in the train station and calm down after all that excitement. Just another day traveling in India.