Backpacking India: Kolkata and the Sundarbans 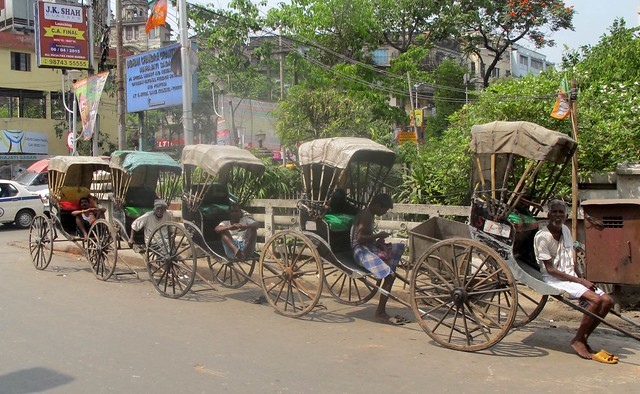 Most tourists we meet can’t stand India’s big cities. They are too crowded, polluted, and overwhelming for many Westerners. And yet, for some reason Emily and I have really enjoyed the big cities, and Kolkata was no exception. We loved the grand buildings, efficient metro, tank-like street cars, lean rickshaw pullers, cosmopolitan restaurants, and surprises that awaited us down every street. 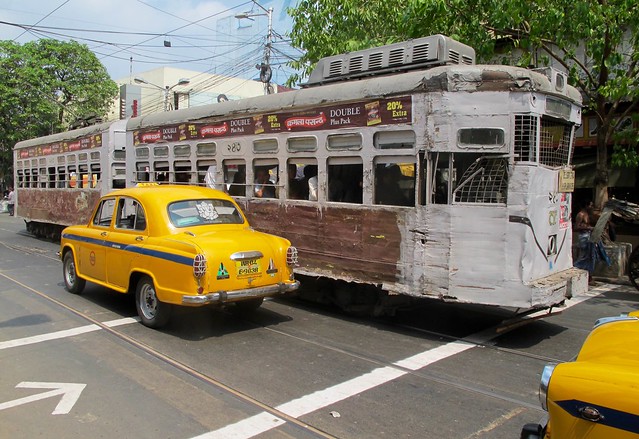 Some of my favorite parts of the big cities are the market areas. If you can find the right street, you can buy or fix almost anything. In the electronics bazaar, in between the hundreds of mobile repair shops, we found camera lane (that is actually what the locals called it) with dozens of camera stores. A small shop there repaired my camera’s jammed lens for 1100 rupees ($22). I probably overpaid by local standards but was happy to have it fixed and it only took a few hours. 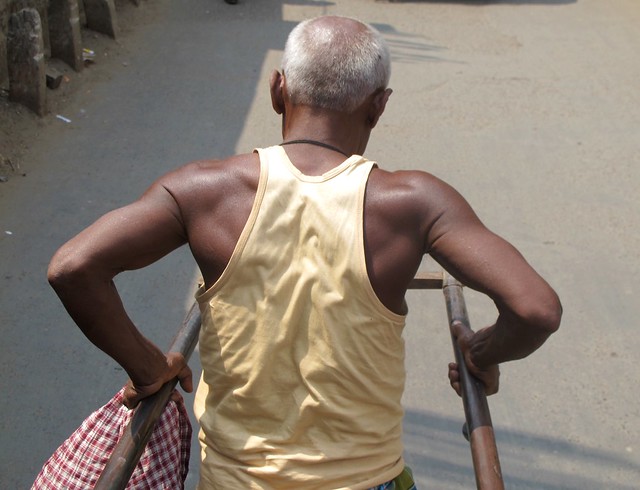 The heat and humidity was a bit of a shock after coming from Darjeeling, but a welcome one. Even though there are plenty of shade trees and buildings with verandas that made it possible to avoid the sun, we were drenched in sweat after walking around each day. 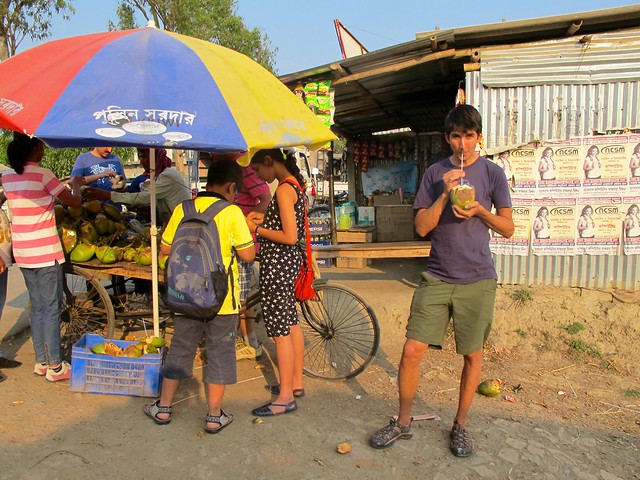 For my birthday, we had lunch at an upscale vegetarian restaurant with good reviews. We didn’t realize it had an unusual prison theme until we arrived and were seated in a locked cell and served by inmates. It was definitely a unique experience, and the food was excellent, especially by prison standards. Sadly no photos as my camera was being repaired. 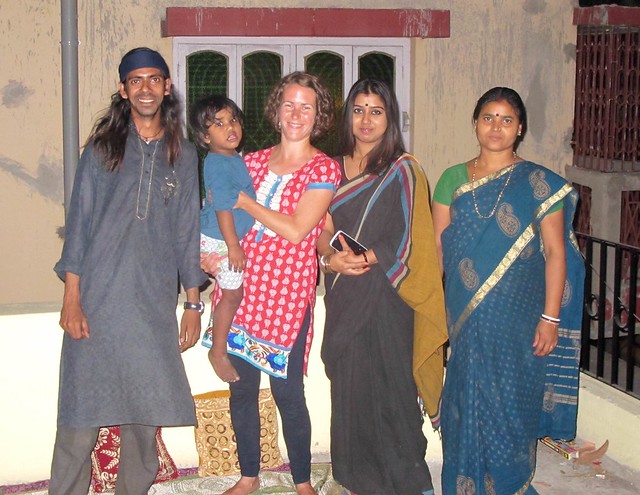 The most memorable part of our time in Kolkata was meeting a local character named Karma. Midway through our trip, Emily and I made a pact to embrace the bizarre situations that presented themselves. Which is how we found ourselves in a taxi after dark, going to a remote residential neighborhood for candle lit rooftop dinner with strangers. Part of my mind was running through the things that could go wrong, but sometimes you have to let go of your fears, and we did have some evidence that Karma wasn’t a serial killer. 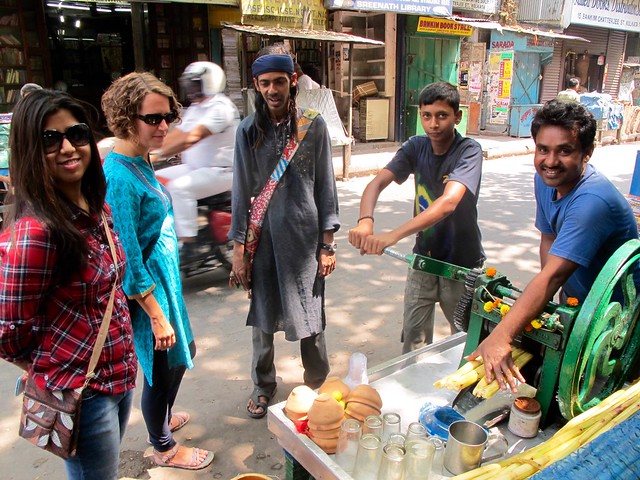 We had contacted Karma after reading glowing reviews online of his city walking tours. Although he had stopped giving them, he offered to hang out with us and show us the city for free. We spent a day checking out the hidden gems of the city and tasting some excellent street food. Karma is one of the most travelled Indians we’ve met, so he was a great person to talk to about our experiences in India and the questions we had built up over nearly 4 months backpacking (questions about tipping, religious practices, wife wanted ads in newspapers, and the lemons and chilies hanging from doorways). In addition to our mundane questions, we got to hear his views on the challenges India faces, mostly around poverty, corruption, and sexism. We also spent a good time talking with his friend Priya, a lovely Bengali woman, who was just as curious about our lives in Canada as we were about hers in India. 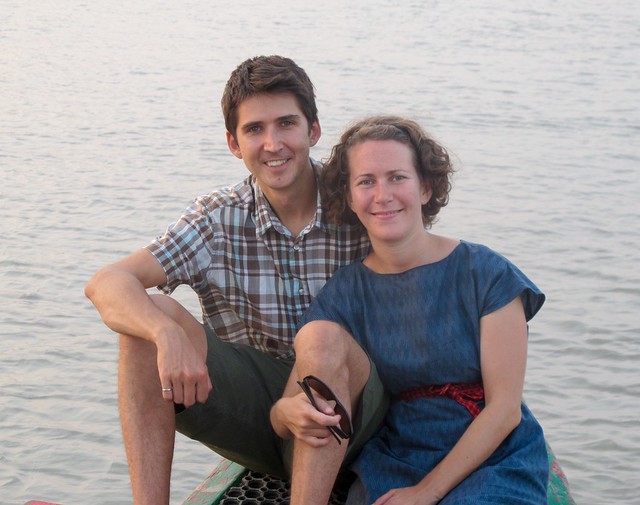 Our 5 days in Kolkata was interspersed with an overnight trip to the river delta south of the city known as the Sundarbans. The area contains a massive protected reserve for the great Bengal Tiger, but sightings are rare and it was too hot when we visited. I didn’t expect to see any wildlife, with the heat and our loud tour group, but we did see spotted deer, wild boar, and giant monitor lizards. We were content to relax on a boat for two days and experience a little piece of rural life. 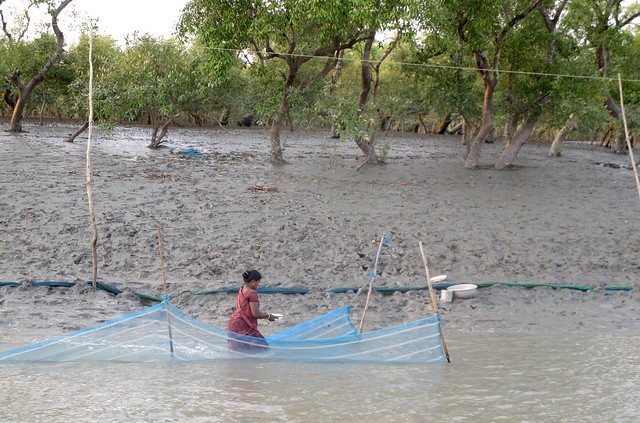 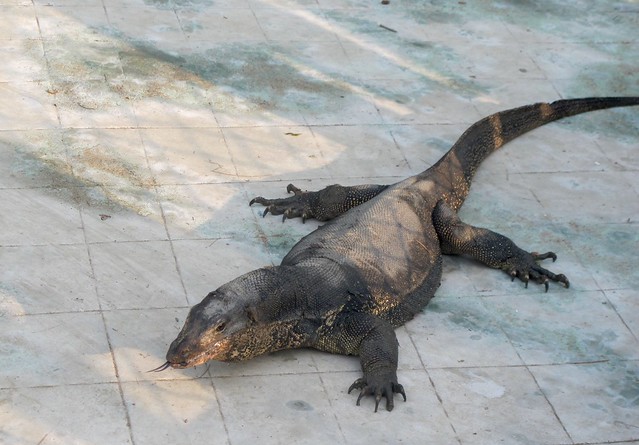