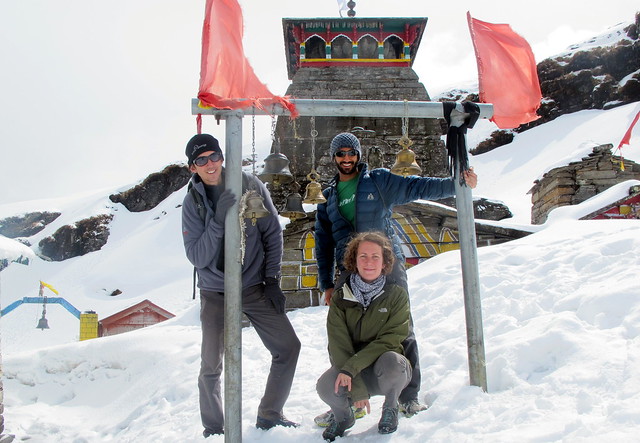 After our failed Singalila trek a few weeks ago, we were a bit nervous to try another one. As we’ve discovered, there’s a lot that can go wrong on a multi-day trek when you’re not feeling 100%. Further complicating things, this time we were traveling with our friend Dan, who only had two days to acclimatize to Indian food and the time change before we launched into our 4-day Chandrashila Trek into the Himalayas of Uttarakhand. Luckily, we all made it through with only minor discomfort and the trek was amazing. 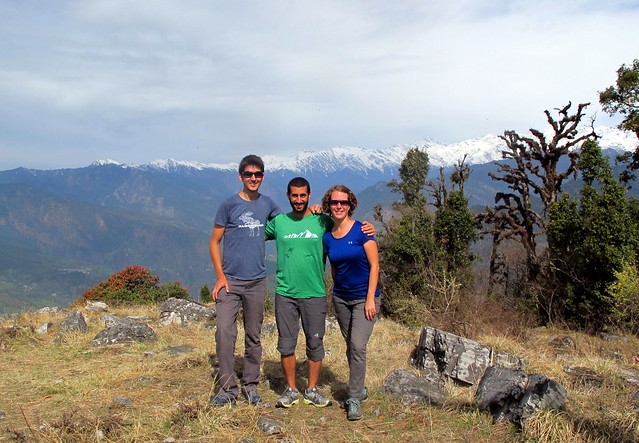 We hiked through blossoming Rhododendron forests, swam in a lake (well, Dan and the Norwegians swam), had epic views of the high Himalayan peaks, watched a mongoose playing in a tree, visited a Hindu temple, and capped it off with a snowy climb to the top of Chandrashila at over 3500 m. 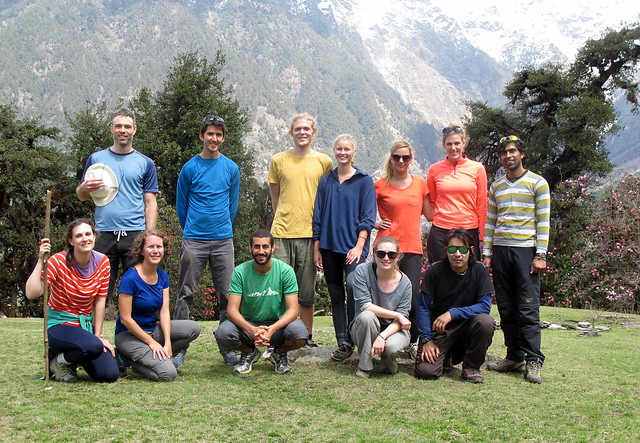 Our trek was organized by Red Chilli Adventure, and they did an excellent job. The guides were knowledgeable and fun, the food was plentiful and tasty, and the tents and sleeping bags kept us warm during the frigid nights. We were lucky to have a good group of fellow trekkers, including a pair of Norwegians, two other Canadians, and three French girls. Trekking seems to be a great way to meet the most interesting people from around the world. 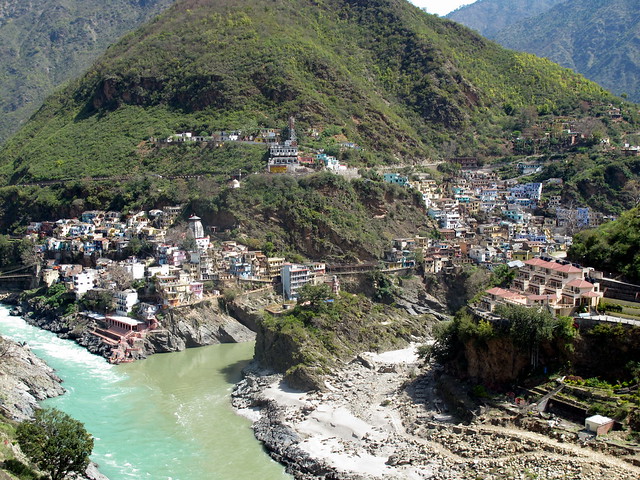 Even though it was a 4 day trip, we only had two long hiking days. The first and last days were mostly driving. The roads were some of the best we’ve been on in India, and the views were excellent – Lots of lush valleys and a viewpoint over the start of the Ganges River. If it wasn’t for the motion sickness,the drive would have been completely enjoyable.

The first day featured only a short 2 km hike to our campsite next to Deorital Lake, which only took 1 hour. 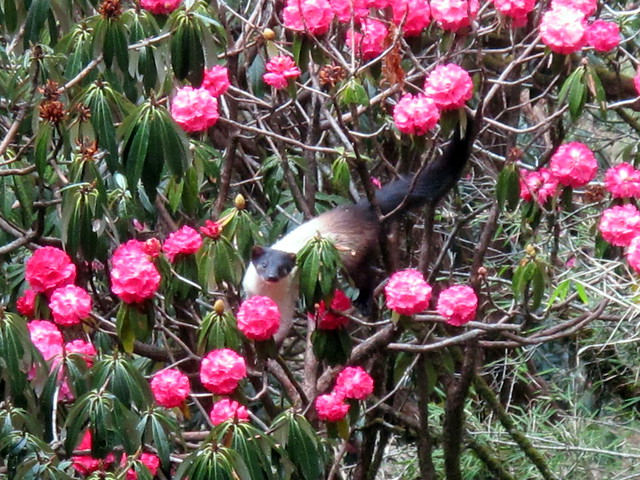 The second day we covered 14 km through beautiful forests with a few great viewpoints. Midday we stumbled upon a mongoose. They can be viscious animals, but this one was just playing in the flowers. 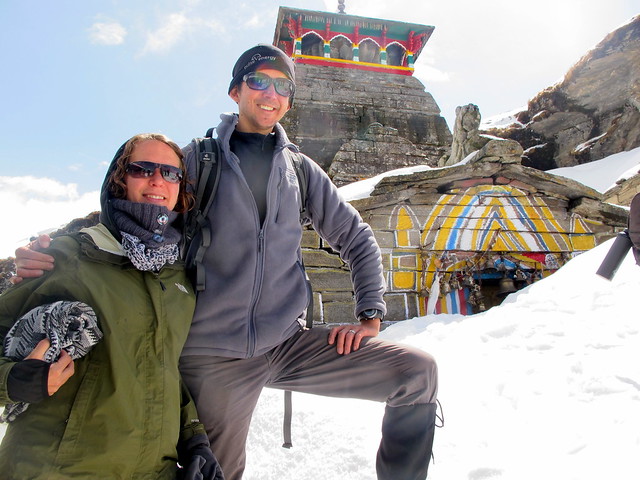 The third day was the most intense, as we spent 5 hours walking up to a temple, climbing to the mountain peak, and sliding back down. The route was heavily travelled until the temple, after which we had to break trail up to the peak. The views from the peak were spectacular. It was hard work walking in the snow and breathing the thin air, but sliding down was fun and fast. 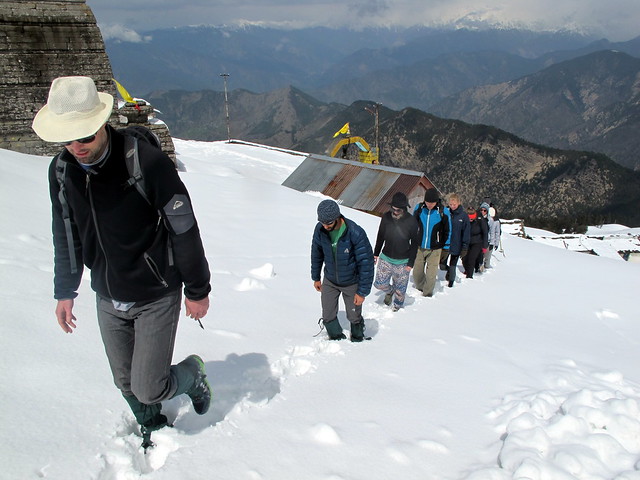 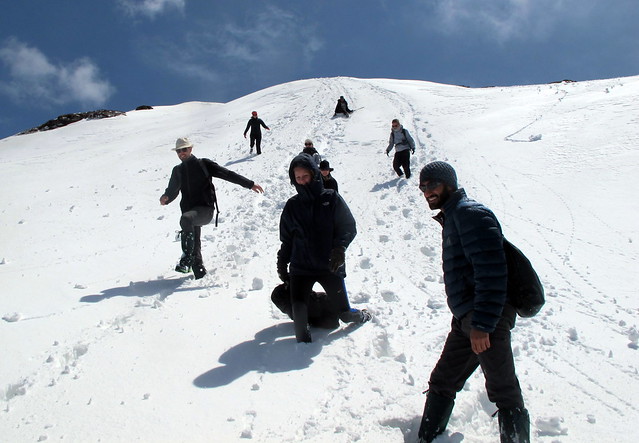 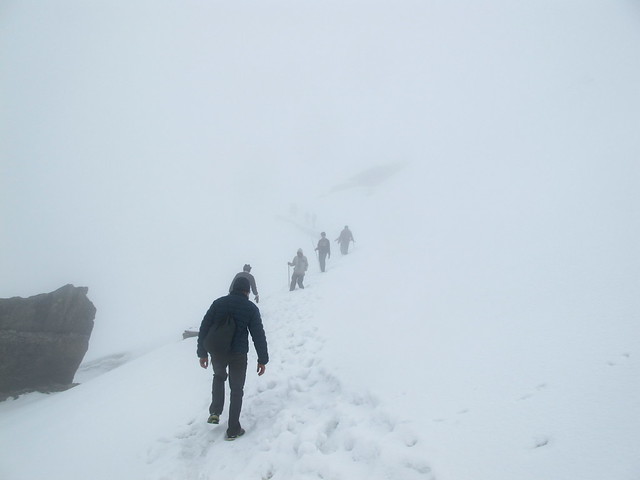 We got really lucky with weather. We had pouring rain and whiteout conditions, but most of our hiking was in sunny, dry conditions. Our hike on the third day started with drizzle and clouds, but cleared as we neared the peak. 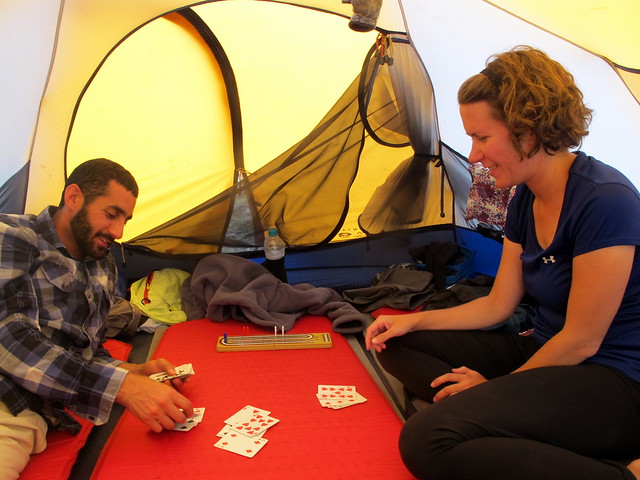 We were really happy we did the trek. When we were planning our 2 weeks with Dan, we weren’t sure that a trek was a good idea – too much time in one place and too much that could go wrong. But in ended up being a real highlight for all three of us.