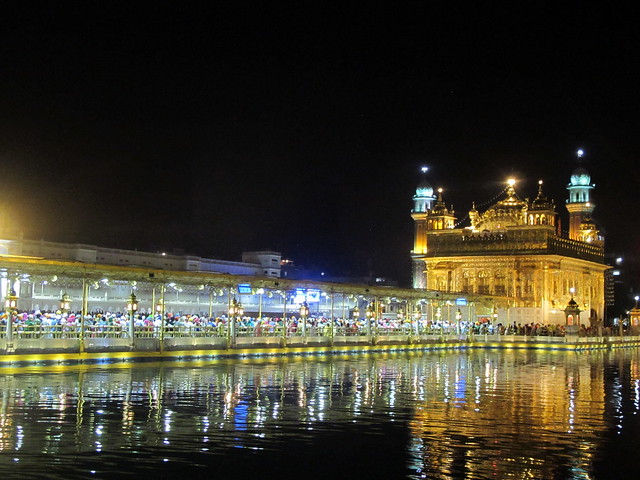 Instead of spending our final Indian weekend in Delhi, we decided last-minute to take the train to Amritsar. The trains were all sold out, but we had no problem getting foreign tourist tickets. We were excited to visit Punjab, see the Sikh holy city, and also check out the border with Pakistan. It was only after we arrived that it was right before Vaisakhi, one of the 3 major Sikh holidays.

The city was extremely busy, especially around the Golden Temple. The lineup to get into the temple was 4 hours long, so we only got to see it from the outside. Even without going inside, we were struck by the beauty and awesomeness of the temple complex, with the golden temple floating in the middle of a lake. It’s a site on par with the Vatican in Rome. 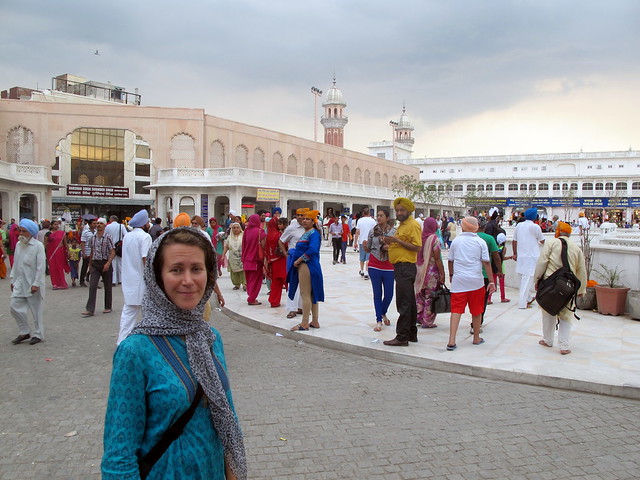 Even though much of the city was closed for the holiday, we did manage to take a walking tour of the historic buildings and check out the Jallianwala Bagh, a park memorial to the Indians who lost their lives to trigger happy British soldiers in 1919. Considering the horrific events that took place there, the park had an oddly festive atmosphere. We weren’t the only ones posing for pictures with the shrubbery soldiers. 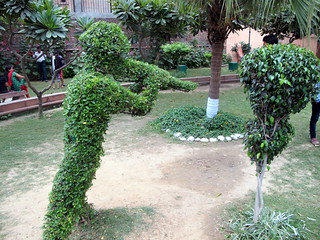 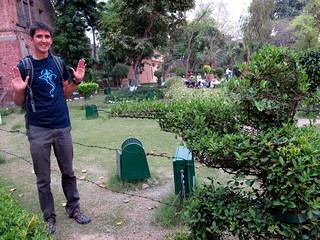 Amritsar is located close to Pakistan border and the nearby town of Wagah has historically been the only crossing between the two nations. Every evening, the border is closed in an elaborate ceremony that would delight any Monty Python fan. There was plenty of high kicking, muscle flexing, and funny hats. But before the guards took the stage, each side of the border blasted tunes and pumped up the crowd. On the India side, women were invited to run around with the Indian flag and dance to Bollywood tunes. I think it was designed to show the Pakistanis how free the women are in India. Emily noticed it was the first time we had seen women dancing in public. On the Pakistan side, a one-legged boy wearing Pakistan green danced and spun around with a flag. On the India side, the crowd was overfilling the stands and people cheered loudly. On the Pakistan side the women sat in burkas with the children, separated from the men, but the cheering was equally passionate, even if the crowd was a quarter of the size. The ceremony was mostly comical but I don’t think the nationalistic fervor that is encouraged does anything to help the tense relationship between the two countries. 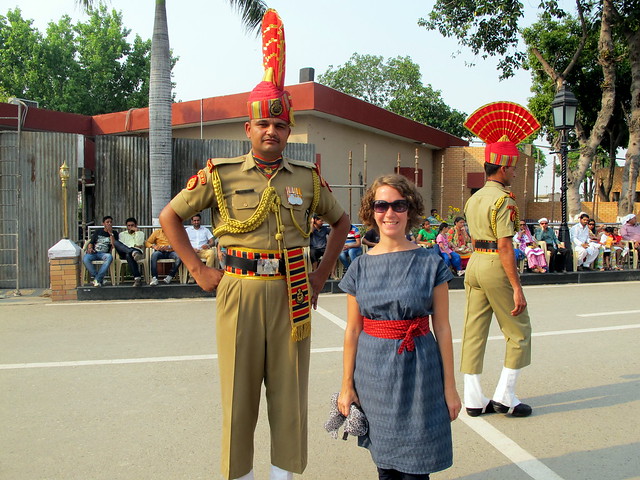