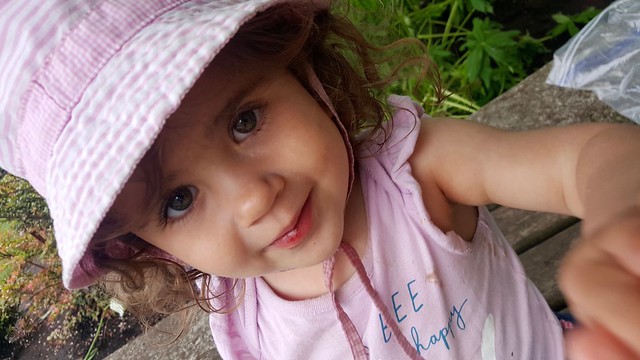 Astrid is talking up a storm. Her vocabulary has expanded a lot, she’s better at repeating words back, and she has a few short phrases like “Dada’s here”, “I did it”, and “I love you Mama” that she uses all the time. She’s memorized some of the words in the books we read each night and will shout them out before we have a chance to say them. She can also count up and down from 1 to 10. Sometimes she skips a few numbers above five but it’s pretty good. 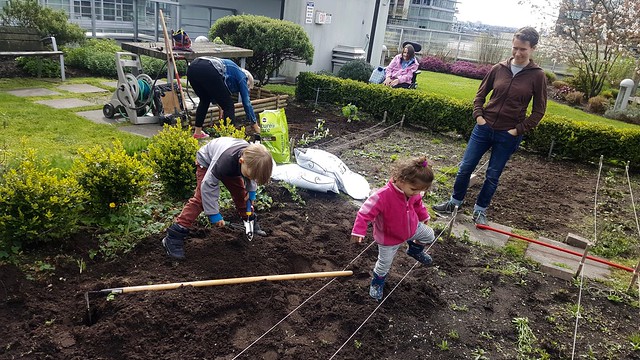 She’s an adventurous little monkey outside – climbing on everything and swinging from bars. In the house, she can now open all the doors in the house (except the front door which is too heavy) so nothing is off limits. Turn your back for more than 5 seconds and she’s found new mischief somewhere. She’s also close to being able to climb out of her crib. I’ve seen her get a leg up on the railing a few times. 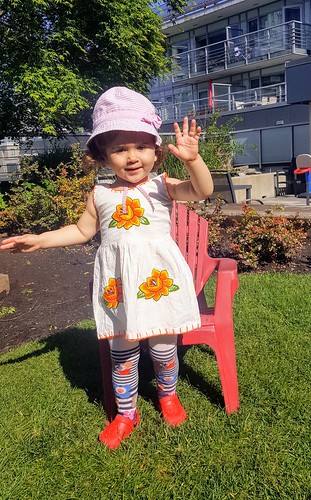 I’m happy to report that we’ve been hospital free for 60 days! A new record. Of course that doesn’t mean she’s been perfectly healthy. Astrid had two colds in the past 6 weeks, both of which required Ventolin to keep the wheezing /asthma under control. But we’ve been able to handle it on our own without a trip to the Emergency Room, so it’s a small victory. 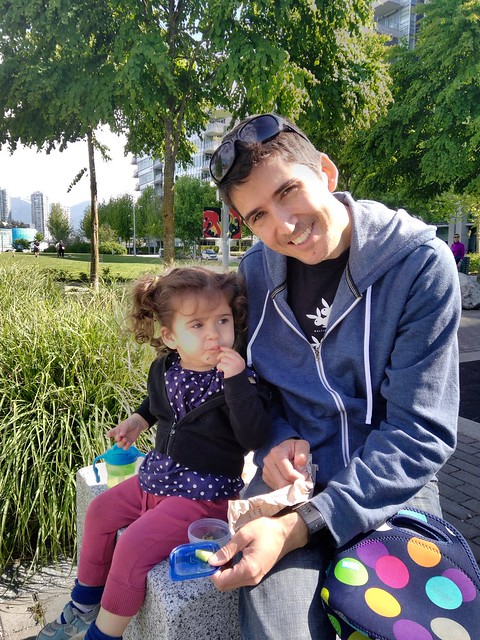 Emily spent four days in Kelowna, so it was just Astrid and Daddy for a while (with some key help from Grandma). We did pretty good on our own, but were very happy when Mommy returned. We only had one minor incident where Astrid smashed her face against a picnic table and had copious amounts of blood pour from her mouth. It was like a scene from a zombie movie. Once I washed her up and removed the chunks of food (hoping that each one wasn’t a tooth), it turned out there were just two small cuts on her lip. Astrid was up and running around and even eating 10 minutes later (tough kid). 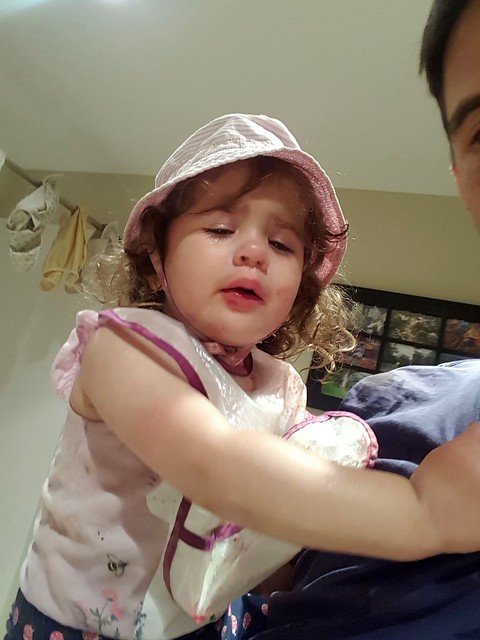 Emily used the break to wean Astrid off of breastfeeding. She was barely feeding before, but now that she’s fully off we’re going to pick up some Vitamin D and B12 supplements for Astrid. She gets a lot of her required vitamin and minerals from the smoothie I make her every day (I like to add hemp seeds, Vega One, kale, omega oils, and sometimes molasses) but otherwise she doesn’t have a lot of D and B12 sources in her diet. Hence the supplements. 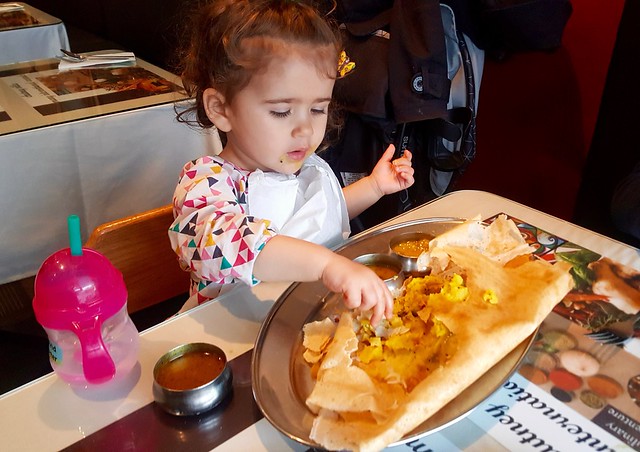 We started a new tradition of going out for Indian food on Saturday night. Astrid loves it. She can eat half a dosa on her own. 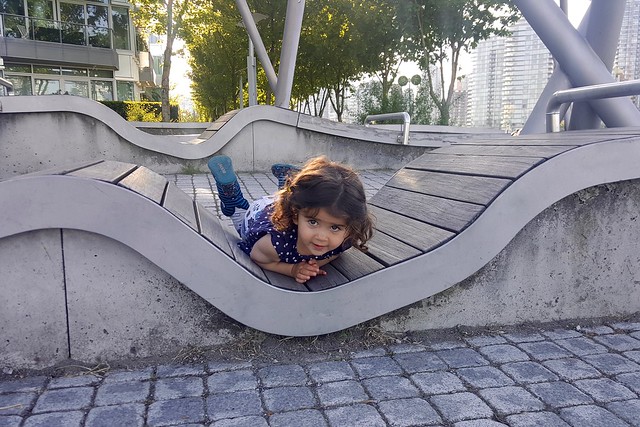