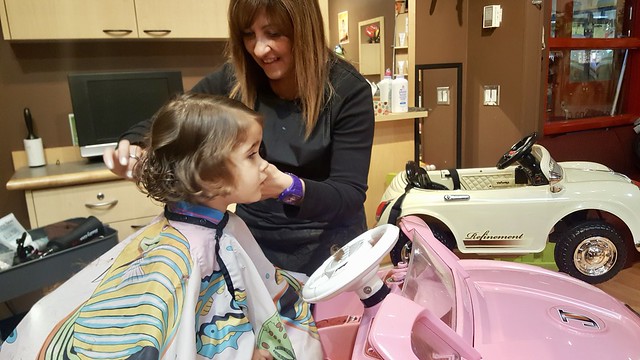 We’ve been avoiding cutting Astrid’s hair for a while now. Partly because she has such beautiful curly hair and it seemed a shame to cut it; and partly because we couldn’t fathom her still long enough for someone to maneuver scissors next to her head. Well, we finally did it and it really wasn’t that big of a deal. The hairdresser at Hairloft (in the Granville Island Kids Market) was a pro at moving with Astrid’s darting head and their were plenty of distractions in the room to keep her mostly looking forward. Her hair still looks lovely and curly, and now it is much easier to comb and doesn’t tangle as much. 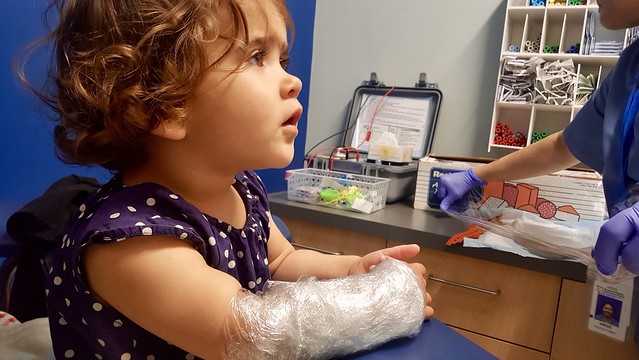 So we ended up back in the hospital in May, but luckily not in the emergency ward. We went to BC Children’s for a Cystic Fibrosis sweat test. Astrid had a genetic screen for Cystic Fibrosis when she was born but with all of the breathing problems we’ve had since last winter, our doctor wanted to rule it out with a more accurate sweat test. Astrid was a champ as she calmly sat (staring at the tv) while they ran electric currents through her arm to activate the sweat glands and then covered her arm in multiple layers of plastic wrap and even a diaper. Then I had to convince her to wear all of her warm clothing and run around in the sun to get her as sweaty as possible. I didn’t do a great job but they got just enough sweat to run the test. The end result is she concussively doesn’t have Cystic Fibrosis. So that’s good news. 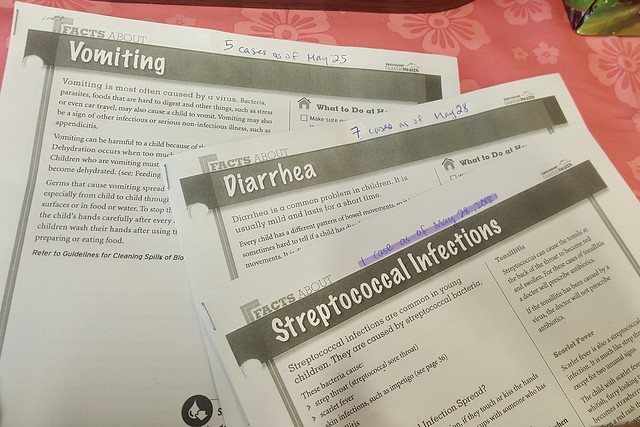 She did pick up a bug at daycare that gave her 5 days of diarrhea. It probably rotovirus or norovirus. 7 kids in her daycare either had vomiting or diarrhea at the end of May. It even got me and I spent an awful night emptying my guts. 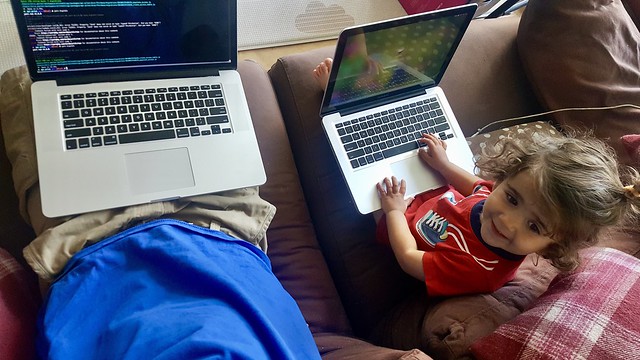 Once she was better, she had to stay home for 24 hours to make sure she wasn’t contagious, so we got to hang out and do some pair programming together. 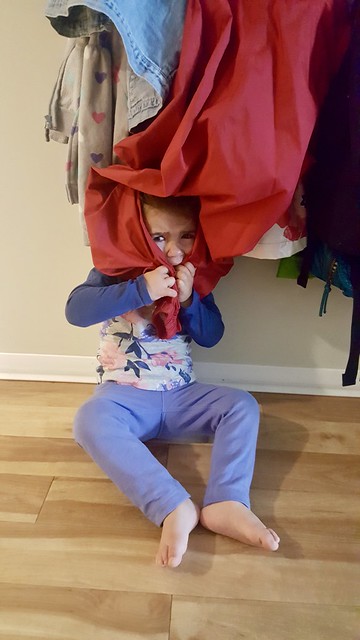 Astrid has really started to push her boundaries as she approaches the so-called “terrible twos”. We’ve had a few more tantrums and it can now take 30 minutes to leave the house in the morning as she refuses to wear a diaper, pants, socks, or shoes. We’ve been trying to give her choices (“which pants do you want to wear?”), which helps but she also likes to scream “no pants!” and run away.

Over the past few weeks, she’s started to learn what the boundaries are and we’ve been conscious about being consistent in enforcing them. She also keeps us in check by ensuring we’re applying the rules consistently to ourselves. Which means that if Astrid needs to wear a hat, then so do we. If she has to wear socks and shoes to daycare, we’re not allowed to leave the house in sandals. Seems fair. 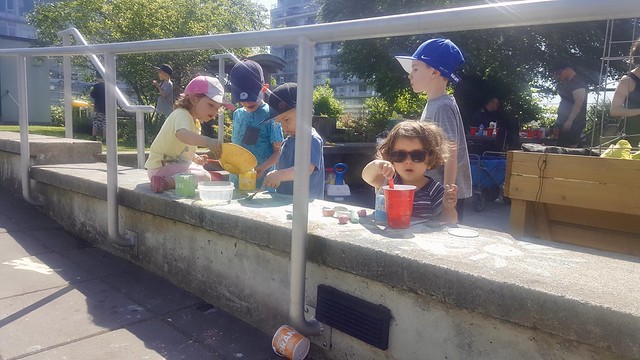 During the summer months, I really appreciate how lucky we are to live where we do. We have a beautiful rooftop garden and tons of neighbours with kids. It’s awesome letting the kids run around and play together, while the adults hang out together.

More photos from May