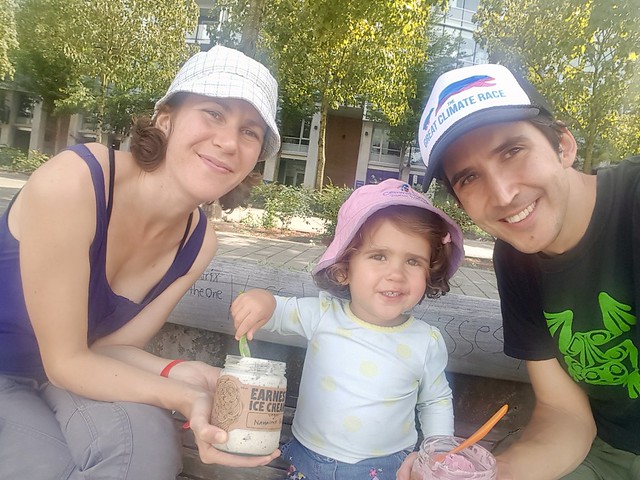 July was a jam-packed month for us full of outdoor fun trying to stay cool but also enjoy the outdoors. We went camping at Alice Lake, splashed in the Cultus Lake Waterpark, listened to music at the Vancouver Folk Festival, and got a Science World membership. We even managed to squeeze in a trip to the hospital at the end of the month. 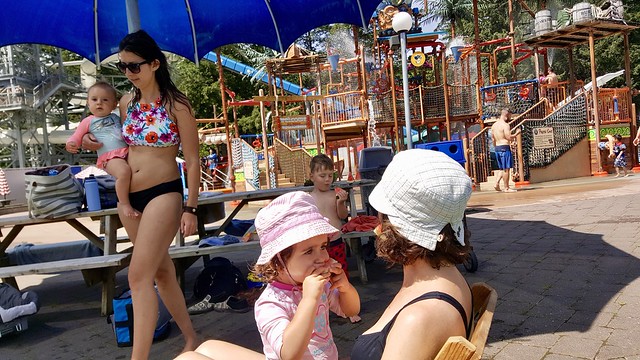 We met up with Kelsey, Matt, Jacob and Nora for some water fun at a Chilliwack hotel and the Cultus Lake Waterpark. The waterpark was still a little intimidating for Astrid (I think it will be perfect next year), but she had a blast spending time with her cousin Jacob.

We spent a sunny Saturday at the Vancouver Folk Music Festival listening to bands from around the world. Astrid enjoyed dancing in the shade and playing in the kids area. There were a lot of great bands, but my musical highlight this year was Iskwe. 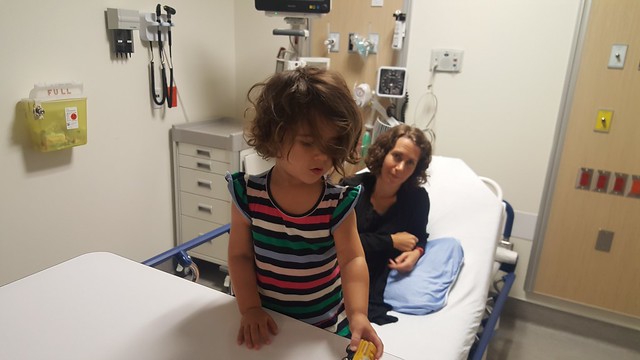 We were hoping that summer would 100% healthy but after hand, foot, and mouth last month Astrid picked up another virus at the end of July. After a few days of fevers, she developed some chest congestion which triggered her asthma. She was coughing a lot one day and wasn’t able to sleep so we pumped her full of Ventolin and went to the hospital. After waiting for over an hour in the waiting room with Astrid showing no signs of breathing difficulty, we knew could have probably stayed home. When we finally saw a doctor, she gave Astrid some extra dexamethasone and sent us home without doing the full asthma protocol, which was nice. Turns out there was bad air quality in Vancouver from a bog fire in Richmond. A few days of Ventolin and she was back to normal. 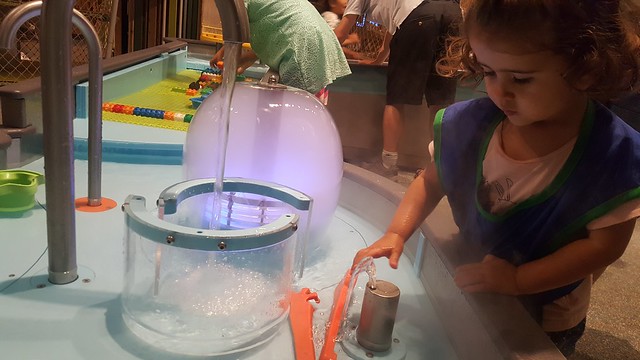 Grandma got us a Science World membership for Astrid’s birthday and we finally redeemed it after Astrid got healthy again. She loves it. They have a new Wonder gallery for kids under 5 that Astrid could spend all day in. I could also spend all day playing with the giant blocks or the lego dams on the water table. Science World is only a 5 minute walk from our home, so we plan to visit frequently in the next year.

Astrid has adjusted well to the toddler room at daycare. It wasn’t an easy start – first she was sick and then when she did go back a lot of her friends were sick or away on vacation. She didn’t like me leaving her there when the only other kids were some older boys who ignored her. But now there’s a group of girls her age in the toddler room and she enjoys seeing them in the morning. She’s started talking a lot more – stringing 3-4 words together and pointing out things she sees. It’s also been noticeable in her singing. She’s been mumbling melodies for months now, but this month was the first time she would starting singing songs with words that we could understand. Her favourites are Roly Poly, The Wheels on the Bus, and a Slippery Fish. 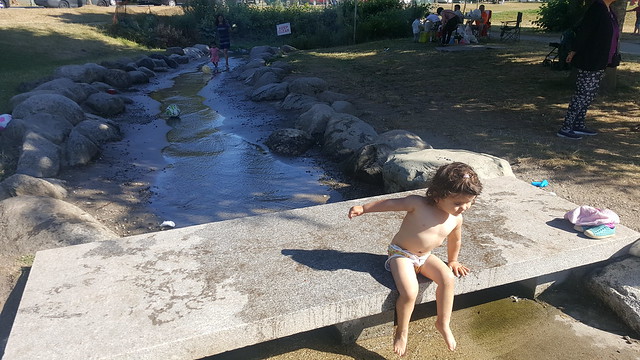