There seems to be only one issue this election that everyone is talking about, and it’s housing (note: I covered the minor issues last week). We’re in a crisis and every politician has a plan to make it better.

I’m happy for all the attention. I’m a renter who is frustrated by the ridiculous price of housing and the ever-increasing rents. When I moved to Vancouver in 2006, the market was crazy and it has only gotten worse since.

So what are the politicians promising and will it actually fix anything?

TL/DR: First we’ll go over some background, then we’ll summarize each of the parties positions, and lastly I’ll try to save my opinions for the end.

Why is there a crisis? In short, local wages have not kept pace with the price of housing. People earning average incomes in the city can’t afford to live here. It’s particularly a problem for businesses looking to attract and retain employees; young millenials who would will never be able to afford to buy if things continue; and the poor and marginalized who can’t afford rents anywhere and are becoming homeless in alarming numbers.

How did we get here? Vancouver has always been expensive. But things really went nuts in the past 10 years (just compare Vancouver to Montreal over the past 20 years). Record low interest rates, foreign capital, an investment frenzy, and money laundering are all to blame in some part. For a long time the rising prices were seen as a sign of success and it wasn’t until recently that there’s been enough pressure that politicians have started to act to slow down the housing market.

What has been done? The federal government has been tightening mortgage rules making it harder to borrow money, and interest rates are slowly rising after a decade of very low borrowing costs. The BC government brought in a foreign buyers tax and a speculation tax. And in Vancouver we have an empty homes tax, Airbnb restrictions, and 600 new units of modular housing for the homeless. Most of these actions were done in the past year, so it’s probably too early to tell if they’re having a measurable impact, but Vancouverites are still clamouring for action in this election.

What can the city do? The city doesn’t have a lot of power. Roughly half of what the various politicians are proposing will require lobbying the provincial and federal governments to make changes. But there are some things it can do on its own.

Other than the aforementioned empty homes tax and Airbnb regulations, the city controls zoning, building regulations, property tax rates, and owns a bunch of land.

77% of residential land in Vancouver is zoned for only single family homes (RS1) – no apartments, condos, or townhouses allowed. Not surprisingly these homes are impossible to buy for anyone without existing wealth. It is possible for the city to rezone these neighbourhoods to allow denser housing options that would distribute the high cost of land between more properties and bring down the price. However, many people suggest this would destroy the character of these neighbourhoods and would just trigger more speculation and higher prices without achieving true affordability. 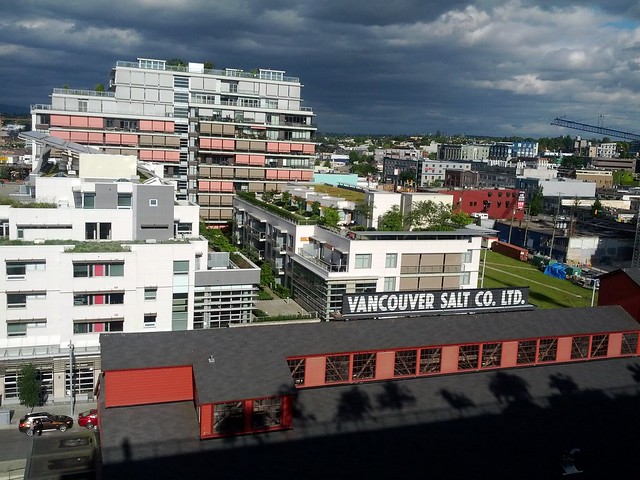 There’s been a number of ideas floated by the various politicians running for office. The most common is support for temporary modular housing to help the most vulnerable. Some of the parties support changing zoning to increase the supply of housing, but others think property owners should be consulted more before we change the character of the single family areas of the city.

Note: Many of the candidates have been clarifying their positions on housing in this twitter thread. I’ve been doing my best to update the graph above to reflect that.

Vision is largely running on their record for the past 10 years. They’ve been both accused of not doing enough and moving too fast. They did a decent job tackling homelessness with shelters and temporary module housing projects, but they waited too long to act on general housing affordability. In 2015, Mayor Gregor Robertson even accused UBC prof Andy Yan of being racist for suggesting foreign money was fueling Vancouver’s hot housing market – a real lowpoint for Vision.

Since then they brought in the empty homes tax, regulated short term rentals (like Airbnb), built 600+ units of temporary modular housing – all innovative programs in Canada. One of their last acts was to change the zoning for Vancouver’s single family neighbourhoods to allow duplexes on all lots with their controversial Making Room policy.

YES Vancouver (and its leader Hector Bremner) deserves much of credit for the bold zoning changes that other parties like OneCity (and even Vision) are talking about now. 4 years ago policies like that would never have been considered, but Bremner won last year’s by-election with a promise to densify Vancouver’s single family neighbourhoods.

YES Vancouver has one of the most detailed housing platforms (a whopping 49 page pdf) and it’s the only issue the party is talking about. They don’t have a single policy that isn’t housing related.

OneCity has proposed solving the housing crisis with a combination of zoning to increase housing availability, taxes to discourage speculation and bring in revenue, and the construction of thousands of new units of subsidized housing on city-owned land.

The main difference with Yes Vancouver, is OneCity is proposing more city-funded housing projects paid for with new taxes that will also curb speculation.

COPE has a lot of policies around protecting renters and providing homes for the marginalized, but not much about building new housing.

The NPA is probably the most homeowner friendly party. If you own a home in Vancouver and are worried about it losing value, you might find comfort in what the NPA is proposing.

The Green Party housing platform is big on goals and platitudes (like “recognizing the right to housing”, “defining affordability relative to local incomes”, and “setting a goal of 50% below-market-rate housing”) and short on actual actions. Their track record when it comes to supporting the construction of more housing in Vancouver is not good. As Kevin Quinlan points out, Adriane Carr frequently voted against housing projects if there was any neighbourhood opposition.

For #vanpoli followers, the City Councillor who voted against the most housing projects at public hearing this past term was Green Clr Adriane Carr, by a significant margin. 4575 units of housing she voted no to. That works out to 32% of all housing that came to public hearing

The Greens do have one of the more unique housing proposals: resident-workers housing. They point to Whistler as a model, where 50% of units in all multi-unit condos are sold to the city at half the market rate for worker housing. In Vancouver, they suggest a similar model could be used for firefighters, police, teachers, child-care workers, and health care workers. They also suggest using school land to build housing for teachers.

Kennedy Stewart is a housing policy nerd. When he decided to run in May, he suggested the city should wait to see how the bunch of new measures from the city and province are working before adding more policies. Which is the rational, data nerd approach. However, sensing the frustration in Vancouver, he’s since come out with a number of proposals to fix things, including:

Shauna is a huge fan of co-op housing, and wants to make Vancouver the North American capital for co-ops and co-housing. She’s focussed most of her housing platform around a goal of a 3% vacancy rate and the actions needed to get there. She’s proposing:

As a co-founder of Abundant Housing, Adrian has been a huge advocate for more housing choices in all neighbourhoods of Vancouver. He’s a big proponent of incentivising purpose built rental and thinks Vancouver needs more housing options between the two extremes we predominantly have right now – single family homes and huge condo buildings. His housing ideas are probably closest to YES Vancouver.

A young renter who wants to ensure there is more housing options for everyone. His platform focuses on purpose built rental, ending the “apartment ban” in Vancouver’s residential neighbourhoods, and decreasing minimum parking requirements.

Sarah’s platform focuses more on the opioid crisis, but she does express explicit support for co-op housing in his platform. 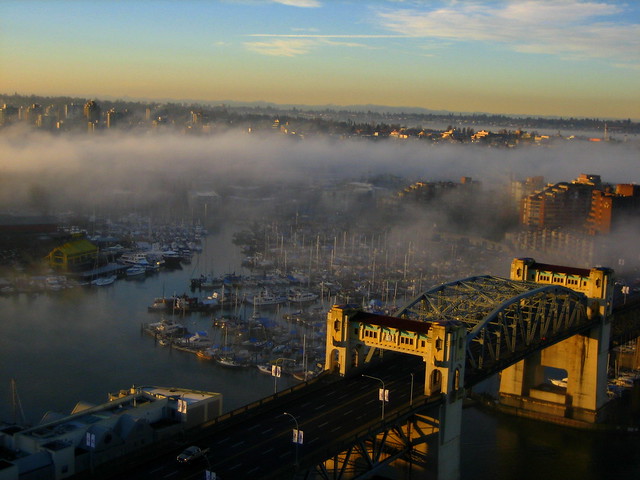 My favourite proposal is OneCity’s land value tax. Although the details still need to be worked out, I think it’s crucial that the city institute a system to capture the increasing value of the land. I like that the tax both reduces speculation and also raises money for the city to spend on social housing.

I’m not a fan of the rent freeze proposed by COPE, although it would directly benefit me. The reason rents keep rising is that the vacancy rate is less than 1% in Vancouver. That is fundamentally what needs to change. A rent freeze discourages the building of new rental buildings and creates an ever-increasing gap between the rents of people who have lived here for a long time (rent-controlled) and what rents are for people just moving here (what the market wants to charge). It also traps people in their unit. Market rents in our neighbourhood are 30%-50% higher than what we’re paying right now. We can’t afford to move. Luckily we have a good landlord and live in a stable building, but for those who don’t it’s a real problem. COPE is proposing tying rent to the unit instead of the tenants so it wouldn’t be able to rise when a new tenant moves in, but that would be a huge change and would really discourage new apartment construction.

The Green’s resident-workers housing proposal is interesting, but I can’t see it working in Vancouver. It makes sense for a resort town like Whistler, where there’s a clear split between the tourists and the workers. But in Vancouver, the majority of residents are workers. Why single out a few professions (like firefighters and nurses) for special housing? And the proposal to put teachers housing on school grounds is unique but equally bizarre. I can’t see any teachers wanting to live on the school grounds where they teach. Full points for creativity, but I think we need solutions that provide housing for everyone.

I think the most important part of any party’s housing platform is not the specific policies, but the urgency to act. It feels like some parties are favouring older property owners who are resistant to change over younger renters who are desperate for it. The language is guarded but the biases are clear. The NPA and Green Party are the NIMBY parties, talking about preserving neighbourhood character and consultation with neighbourhood groups. It is language you won’t hear from the YIMBY parties like OneCity, YES Vancouver, or (to a lesser degree) Vision. Even COPE shows more urgency to act with policies targeted at renters. 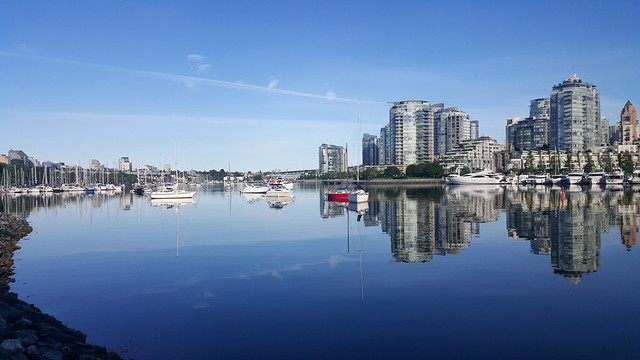