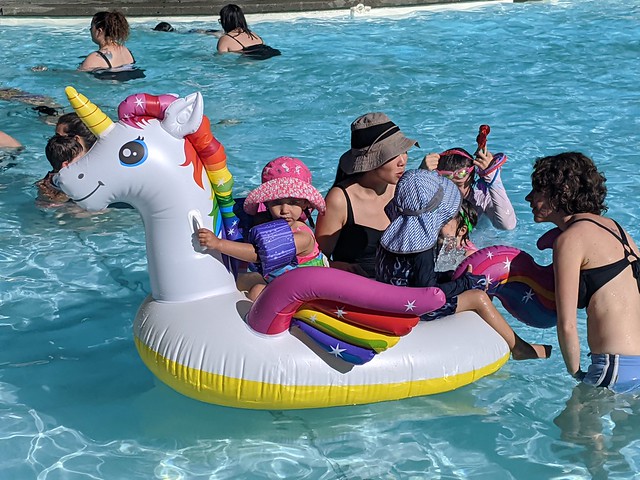 As previously mentioned, summer 2020 was pretty good all things considered. We managed to sneak in several more trips to the pool, Astrid played in the courtyard with her neighbours, and we had a weekend getaway to Parksville. 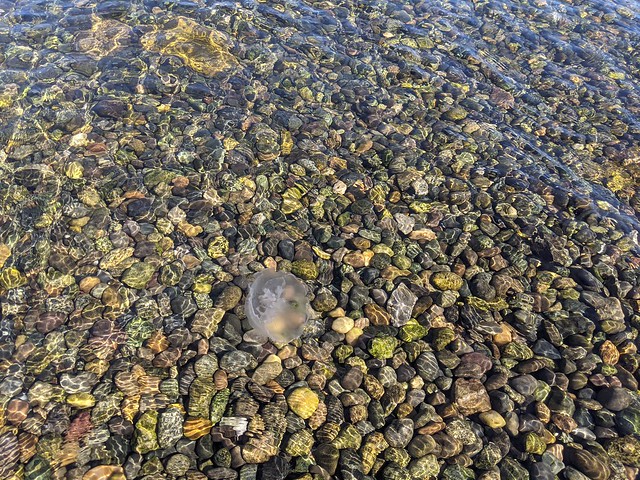 We spotted a jellyfish we’ll hanging out at New Brighton Park in Vancouver. I’ve never seen one in the city before. 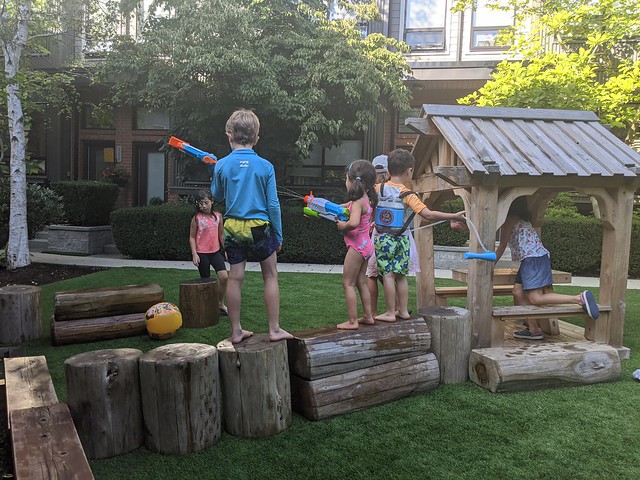 Astrid and the neighbours took full advantage of our building’s courtyard. It’s nice having summer fun within a few feet of our front door. 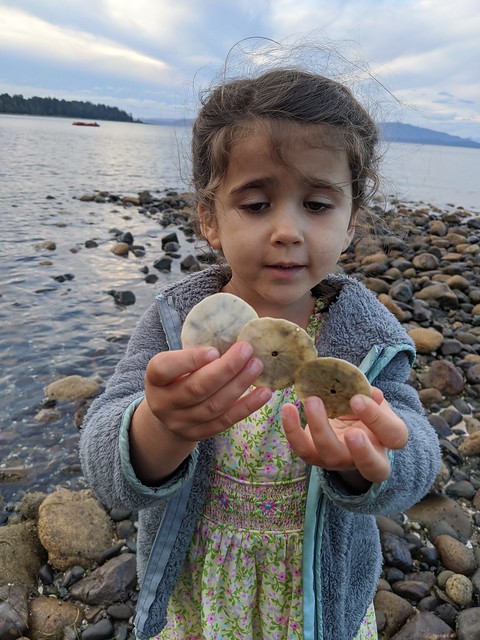 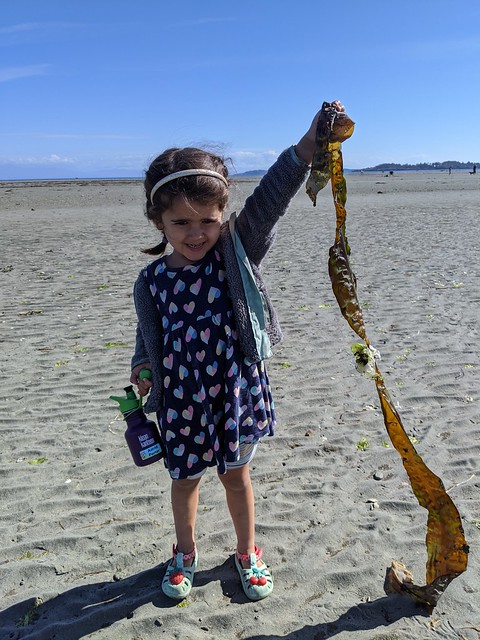 But it was also nice to get away for a weekend. We had no problem taking the ferry over to the island (everyone was wearing masks) and stayed at a great resort. It was a short trip, but we went mini golfing, collected shells and sand dollars on the beach, and splashed in the pool. 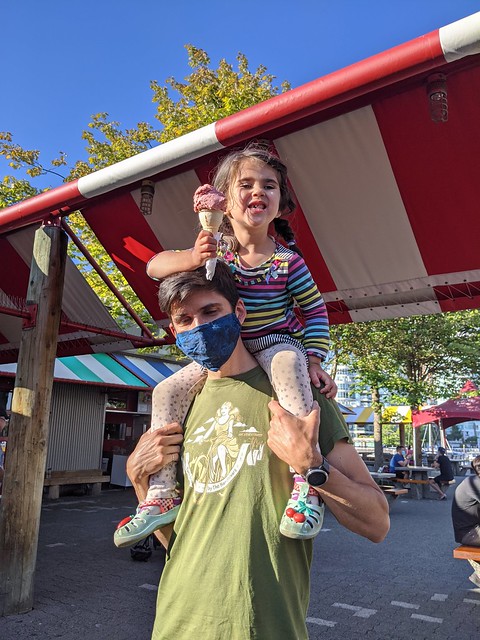 Astrid growing and talking a lot. Her new favourite word is “awkward” and she occasionally uses it correctly. She likes to make up songs. She’s obsessed with Frozen and Princess Elsa. All pretty standard stuff for a 4 year old. But the big news is she’s stopped sucking her thumb (at least during the day). We’ve been trying to get her to stop for years and have tried everything from bitter nail polish to a Nippit arm brace. But in late August she decided she was ready to give it a go, for the right price. She loves to “make a deal”.

So we used a reward chart and ramped up the difficulty each week. At first she just had to go a few hours and try hard. Then it was all day without the thumb. Then it included naps. So far, she’s received swimming goggles, nail polish, a Frozen colouring book, and a headband for rewards. There’s an Elsa dress waiting for her once she gives up the thumb at bedtime, but that’s been a lot harder to accomplish. I don’t think she’s fallen asleep without her thumb since she was 6 months old, so there’s a lot of unlearning to do there. 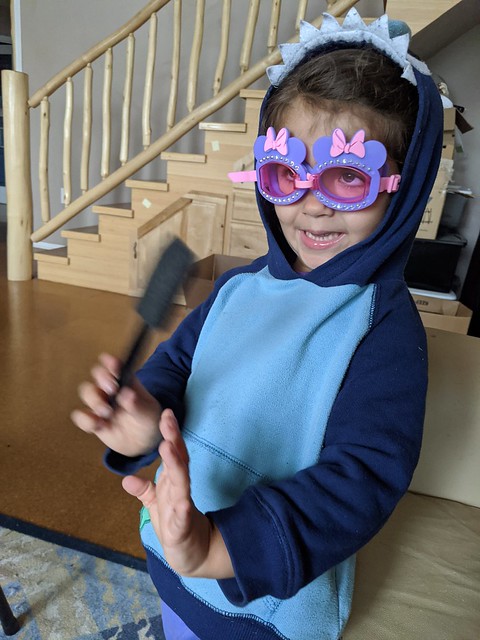 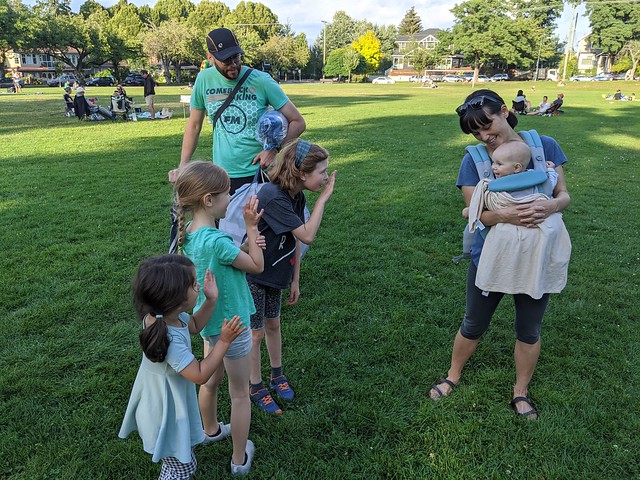