Opening up my heart

So, I spent the morning with a needle in my arm and my precious blood flowing into a plastic bag. But I did get this snazzy red rubber bracelet (you know, the ones all the cool kids are wearing). Mine says “BLOOD” and “VITALITY”. I’m so cool now.

Well it was quite a a busy two weeks on the girl front. A short-lived relationship with Erin came to an end last Thursday. It was fun while it lasted, but I realized we don’t have enough in common to sustain a relationship.

In other news, Roxie has been visiting since the July long weekend. We drove back together from Winnipeg and I found her a cheap place to sublet for the month of July. It’s been a blast hanging out with her and reconnecting. I really haven’t spent much time with her since I started at Waterloo. She really needed a chance to get away from Winnipeg for a bit and recharge her batteries. She’s been spending most of her free time reading, running, and working out. She’s also been playing on our Ultimate Frisbee team and I think she’s hooked now. Last week we spent Thursday at Canada’s Wonderland, Friday playing Poker at Nick’s, and Saturday at Niagara Falls visiting the casino and the falls. Yesterday she left to Montreal for a week with her friend Darrin (the other guy in the Wonderland pictures) to meet some friends she has there and play in a softball tournament.

I’m taking advantage of the lack of girls in the next week to finish up the 3 outstanding projects I have left to do. Then I’m home for a family reunion during the August long weekend, and exams are the first two weeks of August.

Yesterday I mailed my signed contract off to Morgan Stanley and sent my completed work visa off to the UK. My flight is booked and paid for. So, everything is falling into place for London. Just have to confirm housing and everything is good to go. 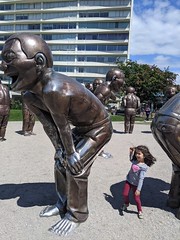 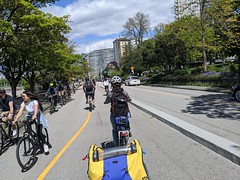 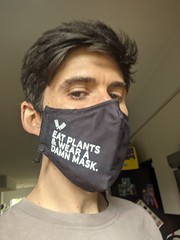 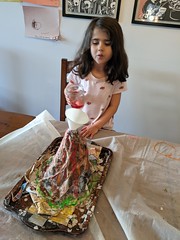