Yesterday was a very competitive day, with the Engineering Genius Bowl at 4:30 and an Ultimate Frisbee grudge match at 6:00.
Our Software Engineering Genius Bowl team was prepared to overcome the heart-break of losing last year’s genius bowl. Last year we were denied victory when we botched the title of the “Life of David Gale” film. This year we were focused, we were prepared, and we had two new trivia buffs in our ranks – Ben Guzinski and Greg Linforth. Victory was ours to grab. As captain, I lead our team into battle (a half hour early as it turned out).

Our team kicked butt in the four team rounds and the death round, building a solid lead and placing ourselves firmly in first place. But the 4A Comps managed to grab some quick points in the lightening round to leap-frog ahead of us. The stage was set for the finals. Four teams made the finals, but this was a battle between two juggernauts – last years winners (the Comps) and the smartest class on campus (us of course). They changed the format a bit this year, much to our dismay, and the finals consisted of wagering points on an individual from your team. Our team’s strength was that between the six of us, our combined knowledge was vast and impressive. Our team didn’t have any individual who was an outstanding trivia buff. But we persevered, and going into the last question we had a 2 point lead on the comps. It was their question, and the last question of the competition. The wagered 3 points. If they got it right they won, if not we did. The question was “What toy was accidentally invented by James Wright when he dropped boric acid into silicone oil”? An easy question, and Comp made no mistake. He answered “Silly Putty” and the trophy was theirs for a 2nd year. I’m not bitter, but I can’t wait to kick their butts next year.

After Genius Bowl, I rushed over to the Village Green to catch the last half of our Ultimate Frisbee grudge match. Our team was already kicking butt, so the addition of some fresh legs only added to the woes of the other team. After we pummeled them into submission, we played 4-4 for half an hour amongst ourselves, until we were ready to collapse (I hadn’t eaten anything since lunch, and Dustin had given blood, so literally we were ready to collapse). Ultimate was one of the highlights of this term. I had a blast. Our team was inexperienced, but athletic, so after a few games we really started to do well against our opponents. I’m really sad its over. I’m going to have to find a way to play next summer.

Genius Bowl Questions
1. Name the 4 WHA teams that moved into the NHL when the leagues merged.
2. Name all the countries that start with the letter R.
3. What is the deepest lake in Canada?
4. Who is the longest serving world leader?
5. Who won the NBA MVP for the 2004-2005 season?
6. Name Tchaikovsky’s three ballets.
7. What country’s flag has an eagle with a snake in its beak?
8. How many tablespoons are there in a cup?
9. List the 7 biological classifications from largest to smallest.
10. According to Forbes who was the highest paid athlete in 2004?
11. According to Guinness, what is the most covered song?
12. Who was Canada’s shortest serving Prime Minister?
13. Who skipped the women’s gold medal winning team in curling at the 1998 Nagano Olympics?
14. Which film won 11 Academy Awards in 1959.
15. Name the flower that is an ingredient in beer. 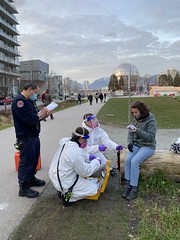 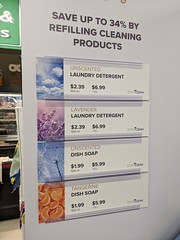 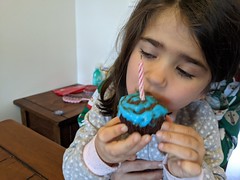