Wednesday after class Roxie and I started our road trip back to Winnipeg. I was working on 12 hours of sleep in the past 3 nights and knowing how cranky I get when I’m tired, I should have noticed the warning signs flashing: DANGER! But I left on the trip with nothing but optimism for a fun ride home.

We made good progress first day, making it to Sault Ste. Marie. We camped in a little KOA. It was a chilly night and I slept unevenly throughout the night. Roxie fared worse and didn’t get much sleep as she was really cold. The lack of sleep only served to shorten already short nerves.

The second day of traveling was going really good. We stopped in Wawa for breakfast at one of those small-town diners where the waitress knows everyones name and we’re instantly identified as tourists. After breakfast, we were making good time and hoping to make it back to Winnipeg late that night. I took over driving and Roxie had a nap. I was so happy that I never stalled the car once.

Around noon we were stopped by police in Screiber (100 km east of Nipigon). The officer informed us that there was a big accident further ahead… fatalities… the highway was closed for 6-8 hours. We looked at a map and the only alternate route involved nearly 5 hours of driving on gravel roads – damn Northern Ontario and its crazy highways. Traffic piled up behind us for as far as we could see. I remember remarking that if we had come through an hour earlier it wouldn’t have affected us, but if we had arrived 20 minutes earlier it could have been us in the accident. The local restaurants ran out of food really quick. We sat tight and amused ourselves by reading Harry Potter and playing cards. Harry Potter was the highlight of the trip, as I spent most of the time while Roxie was driving reading the fourth book aloud. We finished half of it off by the time we got to Winnipeg.

Around 5:30 the highway was re-opened and we got moving again. On the way down the highway we passed the two vehicles involved in the accident; both looked like accordians. The cars hit head on, on a blind corner where no passing was allowed, about 500 meters away from an area were an extra third passing lane was available. The worst part was after being couped up in Screiber for 5 hours, many cars were anxious to get going, and were making dangerous passes to get ahead of traffic, probably any different from the move that caused the initial accident.

That night we drove for a few more hours and made it to Ignace before we stopped at a hotel. Friday morning took off early, hoping to make it into Winnipeg before lunch. Roxie got speeding ticket early in the morning and was not impressed. It only soured the mood in the car. We finally made it to Winnipeg around noon after what seemed like an eternity in the car together. Our first stop was the Calibria Market for egg salad sandwiches that Roxie had been crazing for close to a month and she had hyped up for me for at least that long. We ordered two, and it wasn’t until the lady at the counter began to slice the bread that she realized they were out of egg salad. After the shitty luck on the road trip, I wasn’t surprised.

I was a real bitchy mood for most of the trip, and I’m surprised Roxie put up with as much as she did. By the end of the trip we weren’t really on speaking terms. I hope she forgives me soon. 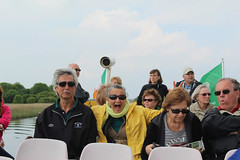 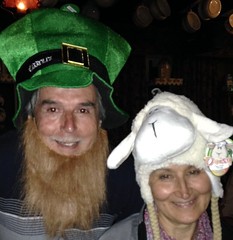 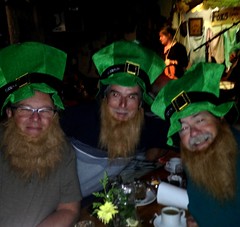