TL;DR – If you want a list of who to vote for, wait for the next blog post. This is just about the parties. OneCity is my favourite.

Vancouver is about to enter one of the most interesting and uncertain elections in recent history. The mayor and most of the current councillors are not running for re-election, a bunch of new parties with similar sounding names have formed, and new campaign finance rules are limiting the influence of big moneyed donors like developers.

Here’s my attempt to distill the issues and help make you an informed voter. Note, this is my personal opinion and is completely subjective. I have plenty of biases – I’m a parent, renter, computer nerd, environmentalist, cyclist, and urbanist.

Election Day is October 20, but you can vote early starting on October 10.

You will be voting for 1 Mayor, 10 city councilors, 7 parks board commissioners, and 9 school trustees.

If you’ve voted in the past, there are 2 notable changes this year.

If you want more details on how voting works, check out the city’s website.

The official list of candidates won’t be known for another week and many parties are only starting to release their platforms. We do know there will be at least 10 different party names on the ballot. Some you will recognize and some are brand new.

Most of the parties are only running a handful of candidates for each position, so you’ll probably end up voting for candidates from several parties. I’ll release my list of endorsed candidates in the next few weeks. In the meantime, here’s a look at what the parties stand for.

The Cambie Report‘s listeners did a great job classifying the political parties along three axis: the traditional left/right axis, plus a municipal axis that classified parties as urbanist or conservationist. You might know COPE as a left-wing party and the NPA as a right-wing party but the urbanist/conservationist axis is more interesting and can help to differentiate the parties from each other.

An urbanist party is one that looks to actively change the shape of the city to feature more walkable neighbourhoods, mixed-use developments, bike lanes, and density (see the New Urbanism principles). In Vancouver, they’re often supported by the YIMBY and Abundant Housing groups.

A conservationist party is more concerned about preserving the current character of neighbourhoods and limiting change. They favour heritage preservation, limiting growth, restricting immigration, and lots of consultation with neighbourhood groups. In Vancouver, they’re often supported by the NIMBY and HALT groups.

Vision
The party that has dominated city politics in Vancouver since 2008 under the leadership of Mayor Gregor Robertson. They’re responsible for introducing food trucks, backyard chickens, bike lanes, the Arbutus Greenway, and a plastic straw ban to Vancouver.

Vision has seen their popularity drop as they’ve been blamed for the housing crisis, and almost all of their incumbents are not running for re-election, which is never a good sign. They are widely criticized for not doing enough to keep Vancouver affordable and their close connections with developers, but in the past year they’ve introduced an empty home tax, restricted Airbnb rentals, and started construction on 600 units of temporary modular housing. Is it too little too late for Vancouverites fed up with the skyrocketing cost of living? Probably.

Vote for them if… you think the city is on the right (cycle) track.

NPA
The right-wing opposition to Vision over the past 10 years. They’ve traditionally been the voice of business owners in Vancouver, but the party is in turmoil. Of their 4 potential mayoral candidates, one left the party (or was kicked out) to start his own party (Yes Vancouver) and another joined Coalition Vancouver.

In the past two elections, they’ve campaigned on opposing Vision’s bike lane expansion and have a council candidate (Colleen Hardwick) who has actively campaigned against bike lanes in the past. They’ve seemed to soften their tone so far, but I’m skeptical.

Their housing policy is best summarized as “gentle density but only if neighbourhoods want it”, which is pretty much status quo for Vancouver over the past 20 years.

Vote for them if… you’re nostalgic for the days of Mayor Sam Sullivan.

Greens
The Green Party has a lot of momentum and a great brand. They’ve had success in recent provincial and federal elections, and in Vancouver they have elected representatives on all three boards (council, school, and park).

As an environmentalist, I should be a natural Green Party supporter, but I disagree with many of their policies. As you can see on the chart above, the Green Party leans toward the conservationist ideals, closer to the NPA on many issues than Vision Vancouver. They’ve opposed the Broadway subway, densification, and even smart meters – all policies that have received vocal opposition even though they’re important environmentally. They also opposed Amazon expanding the number of developers it employs in Vancouver.

That said, they have a few strong candidates that I may vote for, especially on park board.

Vote for them if… being ‘green’ is more important to you than actual policies.

A fairly new party to Vancouver. They formed in 2014 and elected their first representative during the 2017 by-election. They’re a young (with candidates under 40), urbanist, left-wing party and have been getting a lot of buzz from people who have supported Vision in the past.

They’re not running a lot of candidates (only 2 for council and 3 for school board) but in my opinion they’re the strongest candidates with the best ideas.

Their housing policies include policies to crack down on speculation and build more affordable housing across the city.

Vote for them if… you want a hip, urbanist party to have influence in local politics.

The traditional left wing-party in Vancouver, but they’re a spent political force these days, having been completely shutout in the past 2 elections. Both Vision Vancouver and OneCity were originally formed from members abandoning COPE.

While OneCity is running a new generation of millennial candidates, COPE is running with the old-guard of Vancouver’s left-wing. Both Jean Swanson and Anne Roberts are in their mid-70s. That said, Swanson is a fighter and she probably is the party’s best hope of electing someone. They’ve distinguished themselves from the other parties by strongly advocating for a rent freeze and mansion tax.

Vote for them if… you think class warfare is what Vancouver needs.

Formed only a few weeks ago when the NPA refused to allow one of their councillors, Hector Bremner, to run for mayor. He left the party and formed a new one. They seem to be positioning themselves as the only right-wing party that strongly supports urbanist ideals. They want to dramatically densify the single-family neighbourhoods of Vancouver’s west side.

They have the bottom-right quadrant of the political axis above all to themselves and it will be interesting to see how they do. They’ve got some rich backers and already have billboards up before the campaign has officially started, circumventing the campaign finance rules.

Vote for them if… you want to mass rezone all of Vancouver’s west side.

Started by the former Conservative MP who once compared Stephen Harper to Jesus, Coalition Vancouver’s driving force is ripping out bike lanes and ending the war on cars.

Vote for them if… you hate bike lanes.

Yet another new party with a similar sounding name. They hate Airbnb, developers, and foreign buyers. They have some bold ideas to fix Vancouver’s housing market by controlling demand, some which deserve attention, but their candidates and supporters are some of the most toxic trolls on Twitter. They’ve also released one of the worst transportation platforms I’ve ever seen, with a promise to get rid of distance based pricing for transit and no mention of cycling.

Vote for them if… you think a bunch of online trolls should run the city.

Independents
Many pundits are calling this the “year of the independent” (1, 2). There are a bunch of really strong candidates with good chances of winning. Some of the ones I’m keeping my eye on are: Kenedy Stewart, Shauna Sylvester, Sarah Blyth, Adrian Crook, Rob McDowell, Graham Cook, Erin Shum, and Wade Grant (note: this is not an exhaustive list).

Vote for them if… you think political parties are toxic.

Fringe Parties
There are a few other parties with little chance of winning, including: IDEA, Restore Vancouver, Vancouver 1st, and the Work Less Party

Vote for them if… you want to throw away your vote.

Images from the City of Vancouver and the Cambie Report (with some tweaks).

In the next two weeks I’ll release my endorsed candidates. I have no idea who to vote for mayor (Shauna Sylvester, Kenedy Stewart, and Ian Campbell all have potential). For council, the OneCity candidates are a lock for me and I’m considering candidates from the Green Party, COPE, Vision, YesVancouver, and a few independents to round out my ballot. I’ve barely started to look at school and park board candidates. 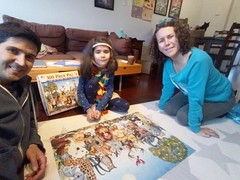 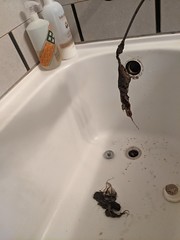 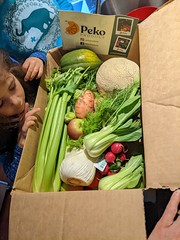 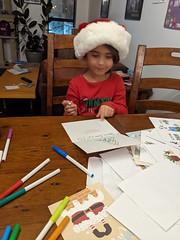 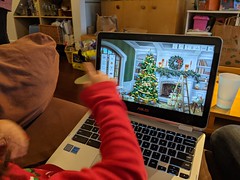 First @pekoproduce box. Happy with the mix of veggies. Some need to be eaten soon but most are in pretty good shape. Going to roast veggies for dinner tomorrow.
Celebrating our first Baba Memorial Day. We made 6 dozen perogies and a giant pot of borscht, and told Astrid stories. Miss you mom. ❤️
Voted. No lineups. Super easy.
Exploring the beautiful Sunshine Coast.
She's growing up quickly.
It went by too fast, but we had a great weekend in Parksville. Pools, parks, ocean beaches, and old friends.