As we enter an unprecedented 3rd heatwave this summer, it’s hard not to feel depressed about climate change. Extreme weather is here and we’re only feeling the beginning of what is going to be a painful next few decades as climate change accelerates. 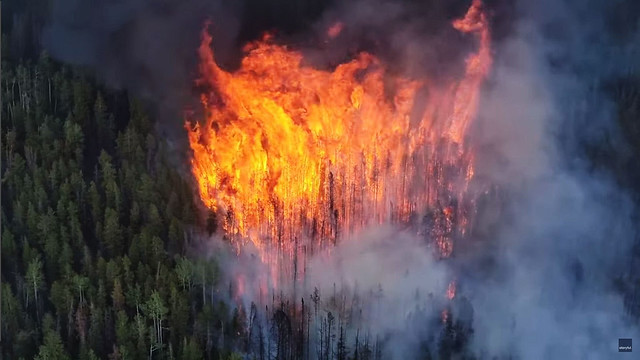 BC is on fire. California is on fire. Turkey is on fire. Siberia is on fire. Manitoba is having an unprecedented drought. All-time heat records are being set all over the world. 49.6 C in Lytton the day before it burned to the ground. 48.8 C in Italy yesterday. Humans cannot survive in temperatures this high. If your internal body temperature goes above 40 C you get heatstroke.

We’ve known this is what was coming for decades, but we failed to act. For 30 years, oil executives have been gaslighting us to pretend the science was unsettled.

For 30 years, we’ve heard bullshit from politicians who set targets without doing any work to achieve them. Canada has no problem signing on to international climate treaties. We just never follow through. In fact, we have the worst track record of any G7 nation.

“The alarm bells are deafening. This report must sound a death knell for coal and fossil fuels, before they destroy our planet.”

How have Canadian politicians responded to these deafening alarm bells? Liberal Jonathan Wilkinson, Canada’s Minister of the Environment, agrees we need to act urgently.

Then we have the NDP Premier of BC John Horgan, who also talks a good game but BC has seen it’s carbon emissions rise as it pursues new liquified natural gas (LNG) projects.

At this point if you’re thinking the Green Party might be the only ones prepared to act then I’m sorry to disappoint you. Federally, the Green Party is a dumpster fire and more interested in fighting themselves then fighting for the climate. Locally, the Vancouver Greens have 3/10 seats on City Council and considerable clout, but have consistently voted against housing density and bike lanes.

And then we have the Conservatives, who are on the wrong side of history yet again, but at least they are consistently wrong.

Luckily there a politicians in Canada who genuinely understand the urgency of the situation we are in. People like Avi Lewis, Christine Boyle, Leah Gazan, Matthew Green, and Patrick Johnstone.

For the rest of them, they’re going to need some pressure. Call them. Email them. Tell them they need to act urgently, because our future depends on it. We only have 4 years to get global climate emissions to peak.